Anti-American propaganda: The New York Times has been supporting communism for a century 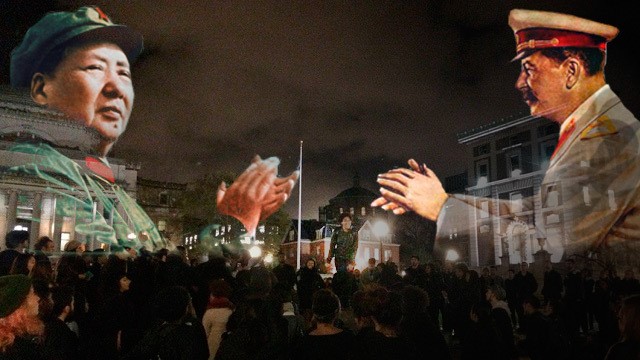 Anti-American propaganda: The New York Times has been supporting communism for a century

The New York Times wants people to view it as one of the nation’s must trustworthy newspapers, but every day they give us more reasons not to pay attention to a word they say.

Their support for the overthrow of our democracy by the Black Lives Matter movement may have been surprising to some, but it’s nothing new for the paper; they actually supported Josef Stalin in his time and communism in general a century ago.

In fact, the New York Times is the home of one of the most flagrant examples of “fake news” of all time, when the Times’ Moscow bureau chief and Pulitzer Prize winner Walter Duranty wrote a series of pieces praising the policies of the USSR under Josef Stalin and promoting his way as the right way forward.

Duranty wrote that things were going well under the communist regime, failing to mention the fact that millions of people were starving to death in Ukraine. He also attacked reports that painted Soviet policies negatively as being “malignant propaganda.”

He insisted everything was fine there and conveniently left out the fact that people were dying because of forced starvation in the Holodomor in the early 1930s.

The truth is that Stalin killed 13 percent of the Ukraine population in his quest to replace the country’s small farms with state-run collectives and punish those who believed in independence. When reporters like Gareth Jones dared to tell the truth – and was murdered for his efforts – Duranty repeatedly denied in the paper that people were starving there. Moreover, he praised Stalin’s first five-year plan for land collectivization, which caused the famine that killed 8 million Ukrainians.

Even though we now know that this was a major disinformation campaign, the New York Times still lists Duranty on its honor roll and he was never stripped of his Pulitzer Prize – even though he admitted to British Intelligence a few years later that there was indeed a famine in Ukraine.

The NYT didn’t admit to any fault in failing to report on the famine until 1990, when they conceded that their Russian Revolution reporting was “some of the worst reporting to appear in this newspaper.”

And yet, when the 100th anniversary of the Bolshevik Revolution rolled around a few years ago, what did the New York Times do to mark it? They ran a series called “Red Century” extolling the virtues of communism.

This ridiculous series featured articles like one by Kristen R. Ghodsee, who talked about how Western women had less sex and less satisfying sex than “women who had to line up for toilet paper.” Her criticism of Stalin was not related to the gulag; instead, it was about how he outlawed abortion and promoted the nuclear family.

It would be easy to just shrug this off as typical NYT behavior, but as the Daily Signal pointed out, young people today are largely unaware of the evils of communism, and that could prove to be extremely dangerous.

A study by the Victims of Communism Memorial Foundation revealed that just 37 percent of millennials view communism as “very unfavorable,” compared to 57 percent of Americans overall. And a third of millennials actually believe that more people were killed under President George W. Bush than under Stalin. They are completely ignorant to the evils of communism, and perhaps this is why we’re seeing a communist revival in Western countries.

In his book, The Russian Revolution, historian Sean McMeekin wrote: “Today’s Western socialists, dreaming of a world where private property and inequality are outlawed, where rational economic development is planned by far-seeing intellectuals, should be careful what they wish for. They may just get it.”

The New York Times has been covering up the crimes of communism for at least 100 years, and it’s doubtful they’re going to stop doing so any time soon. Is it any surprise that they are now condoning vandalism of statues and stoking racial tensions as American cities are destroyed?