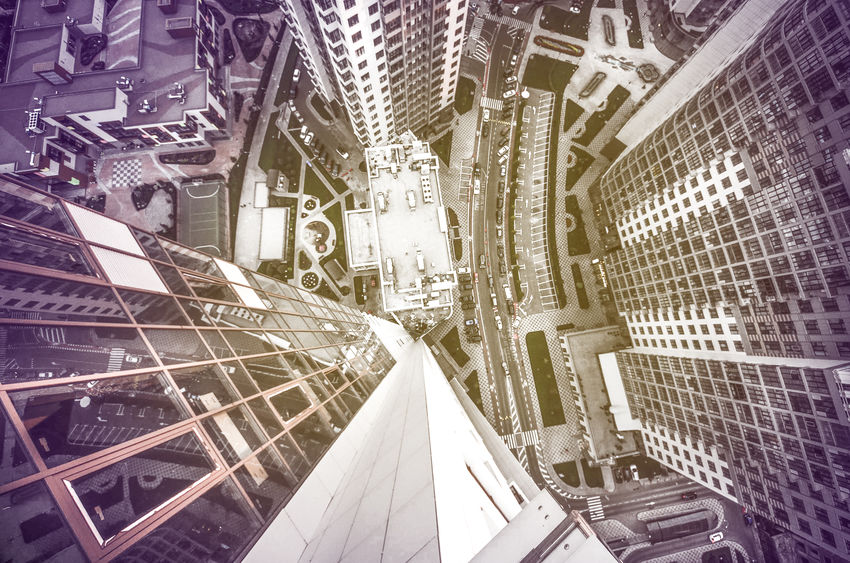 “Smart Growth,” a “progressive” approach to urban planning attributed to Jane Jacobs (author of The Life and Death of Great American Cities) and canonized by EPA Administrator Carol Browner in 1995, was touted as a way to meld economic opportunity, environmental responsibility, and livable communities.

For decades, urban planners have championed “smart growth” as the way to develop infrastructure that will concentrate “thought leaders” to create “sustainable and successful communities” that are (of course) devoid of “dirty” factories. The subtle messaging is that rural people are bumpkins and suburbanites are desecrators of open space, while college graduates who live and work in dense urban spaces are the cream of society.

Today, however, a major side effect of “smart growth” has become a bugbear for the Green Left. It turns out that “smart growth,” by concentrating construction in the center of metropolises, leads to health problems for the poorest in our cities. Coupled with the decimation of rural America through policies that assaulted family farms and the timber, mining, and manufacturing industries and sent those jobs to China, the result has been an America out of balance.

For the past century, the U.S. saw people flock to major metropolitan areas in search of a better life. Ever since the end of World War I, people responded to “How You Gonna Keep ‘Em on the Farm” by moving rapidly to more glamourous big cities.

In 1920, the nation’s ten largest cities had a combined (non-metro) population of just over 15 million, whereas today 19 million live just in the New York City metro area. U.S. Census estimates from 2019 indicate that over 80 percent of Americans, or 260 million, live in urban metropolitan areas. Over 80 million live in the ten largest metro areas.

The underlying principle behind “smart growth” is urban infilling and the discouragement of suburban “sprawl.” Yet each new urban skyscraper contributes to “urban heat islands,” which the EPA describes as “urbanized areas that experience higher temperatures than outlying areas.” [The Sierra Club, however, argues that skyscrapers “can create ‘urban canyons’ that provide shade” – ignoring the fact that the buildings absorb heat and increase congestion.]

Up till recently, urban dwellers have enjoyed advantages that ranged from higher paying jobs and a greater variety of lifestyle options to safer public drinking water and greater access to information and emerging technologies. Recent events have revealed two devastating side effects of progressive “smart growth” that downplayed the value of rural America and ignored its impacts on the poor and elderly.

The COVID 19 pandemic, high taxes, exorbitant housing costs, oppressive regulations, and unsafe streets have sparked a mass exodus from large cities that is lowering the tax base that has provided assistance to the negatively impacted poor. Sadly, the poor, who may be unable to relocate, are adversely impacted by poor air quality, failing schools, and perhaps worst of all, life-threatening health issues that can be linked to “smart growth,” as well as to redlining that pushed the poor into hazardous spaces.

Large central metropolitan counties suffer from high ozone and particulate matter an average of 48 and 11 days, while noncore counties only have 4 and 1 such days. And metropolitan dwellers suffer from much higher nighttime (and daytime) temperatures than their rural counterparts. These heat waves smother these urban heat islands, killing more people every year than any other natural disaster.

According to the EPA, “the annual mean air temperature of a city with 1 million people or more can be 1.8o to 5.4o F warmer than in nearby rural areas. In the evening, the difference can be as much as 22o F, as rural areas quickly cool down after sunset, while cities maintain their heat.” The primary reason, EPA acknowledges, is that “structures such as buildings, roads, and other infrastructure absorb and re-emit the sun’s heat more than natural landscapes such as forests and water bodies.”

Urban heat islands raise unneeded concerns about “global warming,” as city dwellers may wrongly assume everywhere else is just as hot. The actual problem is that poor neighborhoods, where air conditioning may not be affordable, are, according to National Public Radio, “more likely to be hotter than their wealthier counterparts.”

The NPR report, prepared jointly with the University of Maryland’s Howard Center for Investigative Journalism, noted that Baltimore’s Franklin Square neighborhood is about 6o F hotter than the city’s coolest neighborhood. And, said NPR, “Medicare patients in Baltimore’s hottest areas visited the hospital at higher rates than Medicare patients in the city’s coolest areas,” with higher rates of asthma, COPD, and heart disease.”

In short, living in cities is dangerous to the health of the urban poor. But where to go?

How about back to the country?

A major incentive for those who are able to relocate to smaller cities and towns or even rural areas is the cost of living. Comparable housing can be cheaper by as much as two-thirds, open space (and cleaner air) are at hand, and growing your own (or buying food directly from neighbors) becomes a ready option. Children can more easily and more safely play outdoors.

Home ownership is easier to achieve, as rural Americans tend to see their homes as more than just investments.

But there is a problem. The shift towards urbanization, together with the outsourcing of high-paying factory jobs, has had major negative impacts on rural America. Violent crime rates in rural America, which in the 1990s were much lower than in metropolitan areas for homicide, robbery, and assault, today are reportedly higher than in crime-ridden cities.

As Alan Greenblatt reported, environmental regulations [for example, banning timber harvesting to protect the spotted owl] and the concomitant shifting of manufacturing to foreign countries has left many rural Americans more susceptible to opioids and other life-shortening drugs. A related problem is the shortage of law enforcement due to dwindling tax bases.

A third reason, at least in Western states, is massive federal ownership and control of land and water resources. Census Bureau analyst Darryl Cohen reported that, “The higher percentage of people living in cities in the West can partly be explained by the limited access to water outside of western cities and federally held land surrounding many of these cities, which limits growth outside incorporated areas.”

Another concern, since the dawn of cyberspace, is that rural Americans (along with the urban poor) have suffered from a lack of internet access and high-quality cell phone service. Today many admit that Internet access is as important as access to electricity was a century ago. And while rural areas have lagged far behind, they may be catching up.

Back in 2009, the National Telecommunications and Information Administration began a State Broadband Initiative to improve broadband access in every state. Even in Mississippi, which as recently as 2018 ranked 49th in broadband access, a new state law is changing the rural broadband landscape. In 2017, only 40 percent of rural Mississippians had access to high-speed internet, but now many of the state’s 25 rural electric cooperatives are providing new service to their customers at affordable rates.

The 2020 COVID 19 pandemic has highlighted the nation’s ability for many Americans to work (and study) from home. This change weakens the “smart growth” argument for concentrating “wisdom” in high-density cities.

Zoom CEO Eric Yuan reported that daily users ballooned from a maximum 10 million at the end of 2019 to 200 million in March (and continues to grow). The Guardian’s technology editor Alex Hern suggests that “companies forced to embrace remote working by the pandemic find that their employees do not want to return to the office once the closures are lifted.”

The advent of universal broadband, together with the growth of distance learning and working from home, make “escape” from New York, Los Angeles, and other major metropolitan areas more attractive every day. Rural and small-town America have wide open spaces that allow for a high quality of life, especially in this new era of home-based work and distance learning.

And that might be the best outcome of the multiple crises of 2020.