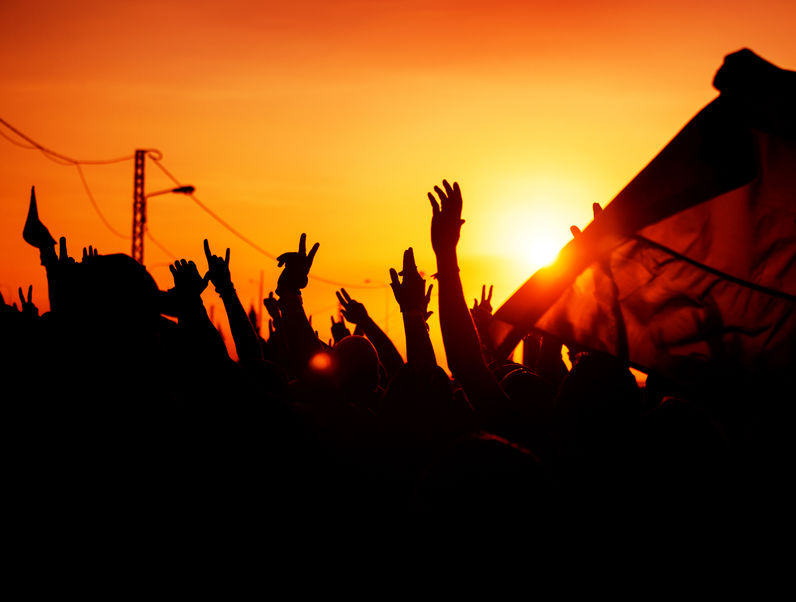 Life in America and words to describe reality have been upended. As with Ministry of Truth diktat in George Orwell’s prescient novel “1984,” the manipulation of language has become a revolutionary weapon of the left where war is now peace, freedom is slavery, and ignorance is strength.

Orwell recognized the inherent power of commanding compliance with a lexicon that reorders — or even inverts — the meanings of widely understood concepts as a tool for placing limits not only upon free expression, but even upon private thoughts.

In the words of President Obama in 2008, the party that promised “fundamental transformation” has truly outdone itself, transforming itself in return to a destabilizing influence on our culture that targets assaults upon America’s basic understanding of itself.

Writing in The Wall Street Journal, Dean Andrew Michta at the College of International and Security Studies at the George C. Marshall European Center for Security Studies in Garmisch-Partenkirchen, Germany, observes that the assault typically begins with idol smashing and cancel culture as part of a broader ideological project to dominate society.

In doing so, ordinary language becomes replaced with ideologically-sanctioned meanings. Words become redefined and weaponized with “sledgehammer rhetoric” that obliterates in favor of one-dimensional interpretations of what is “correct” and what is not.

Perhaps the most vile and destructive attack charging our country with “systemic racism” ignores the fact that the majority of our population voted to elect that very same black president twice.

Let’s not ever forget that our nation was founded on ideals of diversity, from the principle of religious freedom to the marketplace of free ideas that are enshrined in our Constitution’s First Amendment.

Although the struggle continues to ensure that these freedoms are practiced equitably, we also understand that we are far richer as a nation to let diversity flourish.

Yet children across our nation are now being indoctrinated by a false and defamatory New York Times-sponsored “1619 Project,” scandalously re-writing America’s Founding history as having occurred that year, marked by the arrival of the first sub-Saharan slaves in Virginia.

It goes so far as to egregiously and repugnantly claim that the “real” reason for the 1776 Revolution was to maintain and preserve American slavery.

As for true racism, we need look no farther than Robin Di Angelo’s recent book “White Fragility,” this is the left’s best-selling bible of racial thought now being inflicted by corporate training programs throughout our country.

In short — simply being white makes one a racist, and denying it offers absolute proof.

There is to be no escape from racist guilt. As a consequence, those deemed culpably white who had nothing to do with slavery are expected to pay “reparations” to others who were never enslaved based entirely on skin color.

Or take the redefinition of “violence.”

Smashing a statue, burning and looting a public or commercial establishment, or even assaulting a police officer no longer qualifies as we have witnessed legitimately peaceful George Floyd protests devolve into horrific scenes of arson and pillaging, from which the damage to great cities like New York, Chicago, Seattle and Portland, Oregon  —  along with small Kenosha, Wisconsin, all controlled by monolithic Democratic establishments — may never be repaired.

Hardest hit by this destruction are residents and shopkeepers in black and other minority neighborhoods that are left only with the wreckage.

Economic and soul-crushing coronavirus lockdowns in combination with vast riot-demolished elements of these cities are sending residents and businesses fleeing in unprecedented numbers.

Many will likely never return, preferring to move away or work from home rather than attempt to tolerate increasingly deteriorating conditions following weeks of unrestrained anarchic unrest and criminal activity.

Incredulously, as crime rates continue to spike, we witness leaders in the most besieged cities calling for defunding police departments where morale is also beyond repair as violent criminals they arrest are released free.

Meanwhile, even scientific laws of epidemiology have been rewritten so that public gatherings for protesting perceived injustice are deemed immune to the risk of spreading the coronavirus, while gathering for funerals or church services are life-threatening events.

Criminality has been reformulated by fiat to the degree that District of Columbia officials threaten $1,000 fines on people found not wearing masks outdoors.

In the new world of “wokeness,” any resistance to new self-appointed paragons of authority is subject to “cancellation.”

Punishment for a stray politically-incorrect remark or joke can get you pilloried by mobs on Twitter, or even cancelled from employment.

The latter is exactly what happened when New York Times editorial page chief James Bennet was forced to resign for the crime of simply posting a piece by U.S. Sen. Tom Cotton, R-Ark., advocating use of federal troops to prevent violence amid protests.

In doing so, the article articulated a position with which, according to polls at the time, the majority of Americans agreed.

Or consider the case of Nathaniel Hiers, a math professor at the University of North Texas who ran afoul of the powers that be when he criticized a core tenet of the woke gospel.

Hiers was fired for the blasphemy of arguing that the concept of “microagressions” inevitably “hurts diversity and tolerance” by encouraging people to see the worst in others.

Dean Michta emphasizes that American society is now faced with a stark binary choice: “Either we push back against the unrelenting assault of the neo-Marxist narrative, or we yield to the totalitarian impulse now in full view in our politics.”

The battle lines drawn by tyrannical oppressors are clear: left versus right; black and brown versus white; blue states versus red, both coasts versus Middle America; and most luminous of all, the bright molten chasm between the America of free thought and exchange of ideas versus the authoritarian future that our socialist adversaries have planned for us.

Personally, I’ll bet on the America we know and love.