It’s hard to predict most things in politics — just ask every pundit who tried in 2016.

But this year, it’s a cinch to foretell what we’re about to experience: a raging, unquenchable dumpster fire of an election.

You think 2000’s pregnant chads were bad? Wait until you meet the chaos demon our electoral process is about to birth.

This fall, experts predict upwards of 156 million voters will cast a ballot for either Joe Biden or Donald Trump.

In 43 states and the District of Columbia, Americans are being at least discouraged from voting in person. Authorities — under the cover of coronavirus shutdowns — are shuttering polling places and urging citizens to vote by mail.

The New York Times estimates that nearly 80 million people will now rely on the postal service to select their next president. In other words: more than half of all votes will be cast by mail.

So can the country handle an unprecedented re-invention of our election system in one of the most fraught political environments the nation’s ever known? You don’t have to look back too far to assess. (RELATED: Here’s The Best Evidence Against Mail-In Voting) 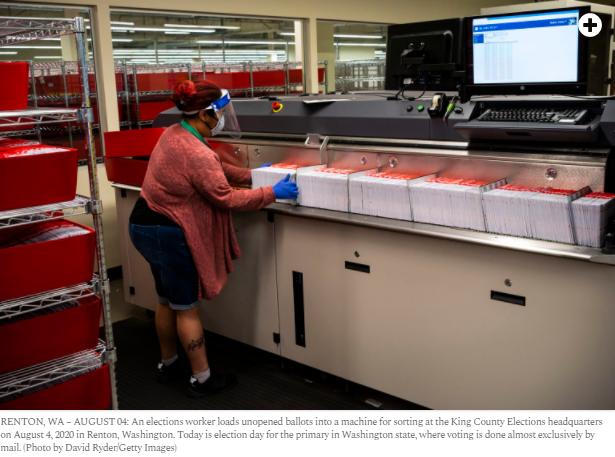 In the 2020 primaries, tens of thousands of ballots were rejected or uncounted in a number of states — including Florida and Nevada. A fierce court battle in Pennsylvania resulted in ballots being counted, despite the fact that they weren’t returned in time.

In Washington, DC’s June primary, countless voters didn’t even receive their requested absentee ballots, and election officials had to resort to driving around the city hand-delivering ballots to anybody they could find. Thousands were left with no option but to crowd into the few packed polling places the city had left open.

In the New York City Democratic primary alone, nearly 84,000 voters had their ballots disqualified. That’s one out of every four voters.

And between 2012 and 2018, the Federal Election Commission reports, 28.3 million mail-in ballots simply disappeared.

And that’s not even counting whatever ballots get manipulated through fraud.

Now imagine what this will look like come November 3rd. If there’s even a whiff of evidence that a battleground state screwed up its election results, Americans should prepare for vicious court battles which will make the Florida recount look like an episode of “Judge Judy.”

And Democrats are going to play for keeps.

As of this week, 28 percent of Biden voters say they aren’t prepared to accept a Trump victory. (Compare that to just 19 percent of Trump voters who say the same about Biden.)

One Democratic analytics firm is already promising a “red mirage” on election night, with Trump appearing to win reelection in a landslide — only to see his lead evaporate with every newly counted mail-in ballot in the weeks that follow. (RELATED: Here’s How Mail-In Ballots Could Change The Election Results After Nov 3)

The Democrats’ 2016 nominee doesn’t even care what the margin is this time.

“Joe Biden should not concede under any circumstances,” Hillary Clinton told Showtime’s “The Circus” recently. “Because I think this is going to drag out, and eventually, I do believe he will win, if we don’t give an inch and if we are as focused and relentless as the other side is.”

What does “focused and relentless” look like? Hillary’s presidential campaign chairman, John Podesta, thinks it means bringing the country to the brink of civil war.

In a bipartisan war game conducted in June, Podesta reportedly played the role of Joe Biden. In one scenario, Biden narrowly lost the election. Podesta — acting as the septuagenarian — refused to concede and tried to manipulate votes in the Electoral College.

“In that scenario, California, Oregon, and Washington then threatened to secede from the United States if Mr. Trump took office as planned,” The New York Times reported. “The House named Mr. Biden president; the Senate and White House stuck with Mr. Trump. At that point in the scenario, the nation stopped looking to the media for cues, and waited to see what the military would do.”

Let’s not leave the future of the country in the hands of power-hungry politicians, desperate political consultants and armies of lawyers.

The only way to prevent chaos is by giving Americans confidence that their votes will be counted — accurately. And the only way to do that is by reopening every available polling place in America. 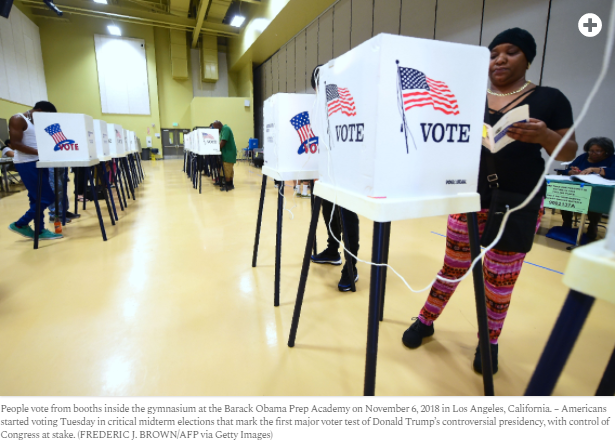 But we are running out of time.

Congress should act swiftly to compel the nation’s governors to open the polls to in-person voting. The House and Senate sprinted $2 trillion out the door to save Americans from government-imposed shutdowns. $400 million of that cash was dedicated to our elections. Every remaining dollar of that money should be spent on getting the polls open, and Congress should threaten to cut off federal funding from any state that disenfranchises their voters from an in-person tally.

Many poll workers are often elderly, and are especially cautious this year about handling ballots due to the coronavirus, leading to a nationwide shortage of Election Day labor.

Recognizing the crisis, some private companies are already undertaking laudatory efforts to keep the voting booths humming. The apparel company Old Navy announced this week that the company’s 50,000 employees will each be paid a full day’s wage if they volunteer at their local polling place.

But that’s not enough.

Federal resources should be directed towards finding young volunteers to staff the polls, and where necessary, the National Guard should be called in to make up the shortfall.

Voters, meanwhile, should take heart. Drs. Tony Fauci and Debbie Birx have both advised that voting in person is perfectly safe this year, so long as we strap on a mask and stay separated. They say vulnerable populations should be among the limited group who rely on the mail to vote.

It can be done — but we have to move fast.

The more polls we get open, the smaller the crowds will be, and the more accurate the final count. No matter who you support, that would be a total victory.

Plus, we get to keep our country.