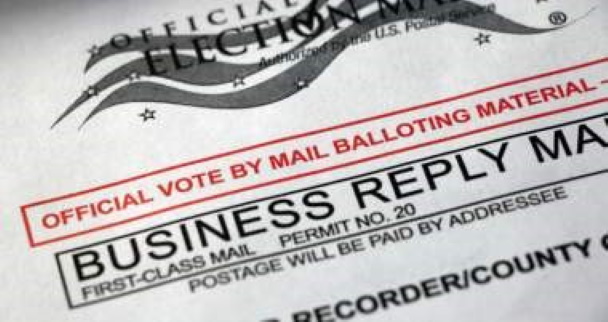 “There is no race in New Jersey — from city council to United States Senate — that we haven’t worked on,” states the Democrat operative. He also reveals that such efforts, which extend far beyond New Jersey, “could be enough to flip states.”

The operative is talking about what mainstream media assure us is no problem: vote fraud. In fact, the operative’s specialty is fraud effected via mail-in ballots — a voting method Democrats want to implement nationwide for the presidential election using COVID-19 concerns as a pretext.

The man, described as a “top Democratic operative” by the New York Post, has been committing mail-in vote fraud “on a grand scale, for decades,” writes the paper. The Post spoke to him under the condition of anonymity, but confirmed his identity and reveals that he’s a Bernie Sanders partisan indifferent to both major-party candidates on the ballot. He has a warning, too.

There “is going to be a f–king war coming November 3rd over this stuff,” he told the Post. But if “they knew how the sausage was made,” he added, “they could fix it.”

The operative sure knows — and he explained, in detail, how mail-in vote fraudsters have been stealing elections for years.

The Democrat admits to not only altering ballots himself, but to having led vote-fraud teams and to training at least “20 operatives in New Jersey, New York and Pennsylvania — a critical 2020 swing state,” writes the Post. And how many have those trainees trained, as this mushrooms?

We don’t know. What is certain is that in an “election that is swayed by 500 votes, 1,000 votes — it can make a difference,” the paper related the tipster as warning. “It could be enough to flip states.”

The Architecture of Electoral Artifice

Relating the fraud’s mechanics, the Post informs that in New Jersey, for example, voters receive a mail-in ballot and “certificate of mail in voter” (which the voter must sign) in a large envelope. Unbelievably, however, the ballot has no “specific” security features; thus, the operative explains, he’d just replicate them using a copying machine.

But the envelopes are more secure and can’t easily be recreated. So the Democrat said that he and his team would go to residences and offer to mail in voters’ ballots as a public service. They’d then go home and use an old-fashioned method:

Over boiling water, they’d “steam it [the envelope] to loosen the glue,” the insider told the Post.

“He then would remove the real ballot, place the counterfeit ballot inside the signed certificate, and reseal the envelope,” the paper continued.

Here’s what scary: I recently reported on how mail-in vote fraud was so bad in Patterson, New Jersey, during a May 12 special election that a judge ordered that a new election be held. Yet, points out the insider, that vote-fraud operation was only uncovered because it was amateurish: 900 ballots were found in just a few mailboxes.

“‘If they had spread them in all different mailboxes, nothing would have happened,’ the insider said,” the Post further tells us. Of course, this raises a question:

How many elections are stolen so professionally that the fraud is never exposed?

The operative also revealed that anti-Trump/Republican postal workers help facilitate the fraud. Sometimes, for instance, they’ll simply throw away ballots coming from GOP strongholds. In other cases, “mail carriers were members of his [the insider’s] ‘work crew,’ and would sift ballots from the mail and hand them over to the operative,” writes the Post.

Another “gold mine” for votes is nursing homes. In some facilities “‘the nurse is actually a paid operative. And they go room by room by room to these old people who still want to feel like they’re relevant,’ said the whistleblower,’” the Post relates. “[They] literally fill it [the ballot] out for them.”

When You Can’t Fake the Ballot, Fake the Voter

Yet another trick is voter impersonation. Remember when United Nations observers monitored our 2012 election — for fear of “vote suppression” by Republicans — but instead registered shock at how many states require no voter identification?

This not-a-bug-but-a-feature defect allows fraudsters to vote under someone else’s name. “The best targets were registered voters who routinely skip presidential or municipal elections — information which is publicly available,” the Post tells us.

Actually, though, the best targets may be voters who’ve recently moved from their districts, who are great in number in inner cities. Note that their identities are often known by Democrat operatives called “apartment captains” or “block captains,” as I reported in 2005. This is one reason why inner cities are vote-fraud hotbeds.

Whomever is being impersonated, the con is the same. “You fill out these index cards with that person’s name and district and you go around the city and say, ‘You’re going to be him, you’re going to be him,’ the insider said of how he dispatched his teams of dirty-tricksters,” the Post also relates.

Note that after I left the Bronx, anyone who knew I’d departed could have voted in my name. All they had to do was show up, say “I’m Selwyn Duke” and sign my name.

The operative also related how he and his crew would bribe susceptible voters, such as vagrants — who come cheap.

Summing up, the Post writes that organizationally, “the tipster said, his voter-fraud schemes in the Garden State and elsewhere resembled Mafia organizations, with a boss (usually the campaign manager) handing off the day-to-day managing of the mob soldiers to the underboss (him). The actual candidate was usually kept in the dark deliberately so they could maintain ‘plausible deniability.’”

Yet in the end, it’s an old story: Democrats publicly deny that significant vote fraud exists, mocking and deriding those sounding the alarm. Privately, however, some will admit it’s a problem and even boast of their involvement. Examples are a Democrat New York City election commissioner who said, “I think there’s a lot of vote fraud,” and a Democrat operative who stated that they’d been committing it for “fifty years” and vowed, “We’re not going to stop now.”

This information and more is revealed in the following Project Veritas video exposés (warning: vulgar language). 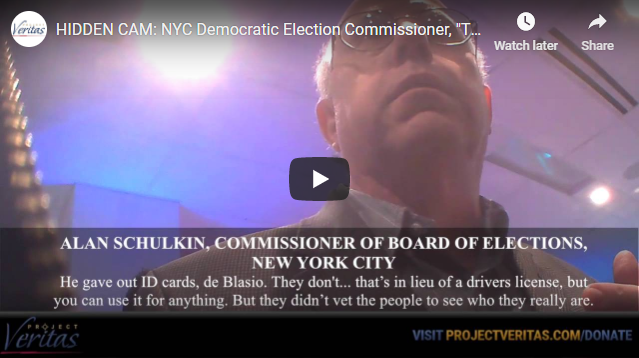 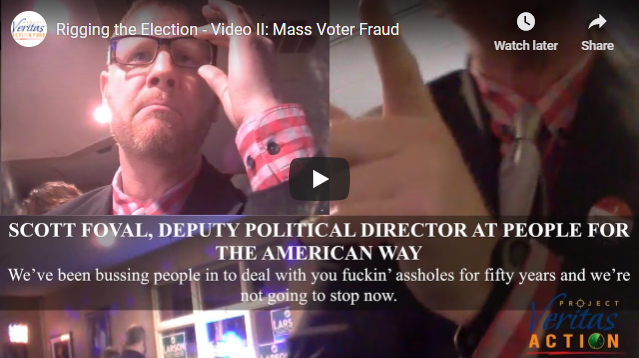 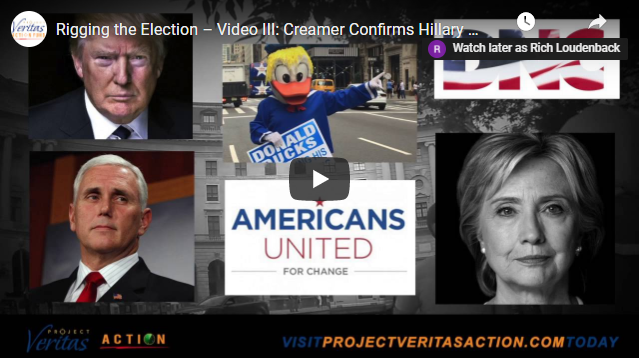 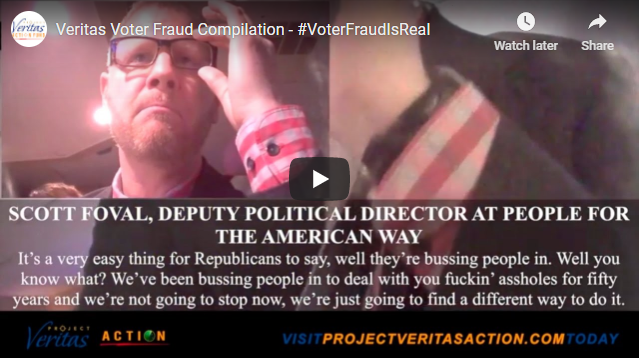 Reality: Voter fraud is rampant. As for the mail-in variety, research indicates that it’s the most common type of electoral fraud of all.

The sad truth is that our elections just aren’t honest — and that the push for universal mail-in voting is designed not to save lives, but to seize power and steal futures.