The Idaho Special Session is over.  And wow, what an eventful week.  The good news is this: PATRIOTS FOUGHT WELL AND STOPPED GOV. LITTLE AND HIS CRONIES AT IACI! 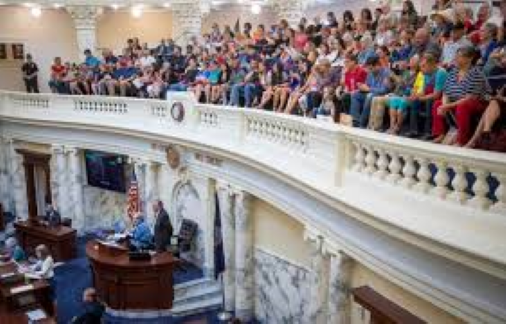 The Idaho Special Session is over.  And wow, what an eventful week.  The good news is this: PATRIOTS FOUGHT WELL AND STOPPED GOV. LITTLE AND HIS CRONIES AT IACI!

Yes, you won!  The week didn’t go as well as we would have liked it to go, but the main goal of the activism on the part of patriots like you, was to stop the Civil Liability Immunity bill (RS28046) from being passed.  AND YOU STOPPED IT!  This truly is cause for celebration!  And this also shows that you do have power!  You do have influence.  When patriots like you show up en masse, and make your voices heard—you can make a difference and you can affect outcomes!

You will hear in the news that Civil Liability Immunity legislation was passed—and that is technically true.  But the bill that was passed was not the original bill that we all opposed.  The bill that ultimately was passed, House Bill 6 (see below), was a watered down bill that does absolutely nothing.  It appears this bill was passed by the Legislature so that Governor Brad Little could save face and claim that he got “civil liability legislation” passed (which was the main purpose of the special session), even though he didn’t!

To paraphrase the new bill which has already been signed into law (and which can be read below for yourself), “No citizen or business can be sued by someone if they think they caught the coronavirus from them or their business.  This law is null and void in July 2021.”

Seriously!  That is the essence of the bill that was passed!  It is meaningless because nobody can sue anybody for that anyway!  It’s ridiculous.  It is like saying, “Nobody who gets sunburned can sue the business or the homeowner where they got sunburned.  This law is null and void on July 2021.”  I mean it’s totally ridiculous!  Nobody could ever be liable for something so ridiculous anyway.

So you might be wondering, then why did they pass such a worthless and meaningless bill?  Well, because that’s politics!  What would it have looked like for Brad Little to call the Legislature back into a special session in order to pass this law which he declared some kind of emergency to do, only for the legislature to say NO, and give him nothing?  It would have been a major slap in the face and a major black eye to Brad Little.  So, the legislature tossed him a bone so he could falsely proclaim that Civil Liability Immunity was passed, “protecting churches and small businesses and daycares,” blah blah blah.  It’s all a lie and you know for yourself because you now have a copy of the bill.  So now you can see how disgusting and dishonest politics really is.

Anyhow, there are two additional lies that are being pushed out as talking points that you need to be aware of: 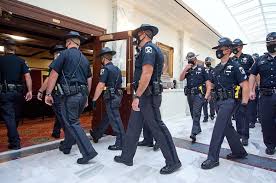 (1. That patriot protestors were disruptive and violent. An example of this is from this canned email response sent out by Senator Grant Burgoyne:  “I am not in agreement with the disruptive actions of some who visited the Capitol during the special session, and I do not think anyone should turn their back on such conduct or try to excuse it.”  Well isn’t that lovely!  He thinks that the actions of patriots was disruptive!  Ha!  It was the cops and politicians who caused the problems by breaking the law and violating peoples’ rights!  They tried to shut us out!  And that is illegal.  But this is how they twist and spin and distort the truth in order to brainwash ignorant zombiebots and sheeple who were not there and who will only read headlines. 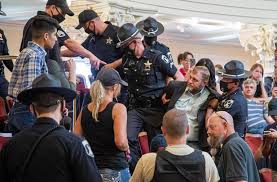 (2. That police action taken in response to protests were “appropriate.” The Idaho State Police and Boise Police Department who were called upon to antagonize and abuse the crowd at the Capitol should all be ashamed of themselves. None of their responses were “commensurate” with the actions taken by citizens, and literally NOT ONE of the 4 people arrested committed an actual crime.  Not one.  And as to whether or not their actions were “appropriate,” I’ll let you decide.  Just take a look at the following video of this abusive cop grabbing an innocent woman by the neck and throwing her into the Lincoln Auditorium to arrest her: 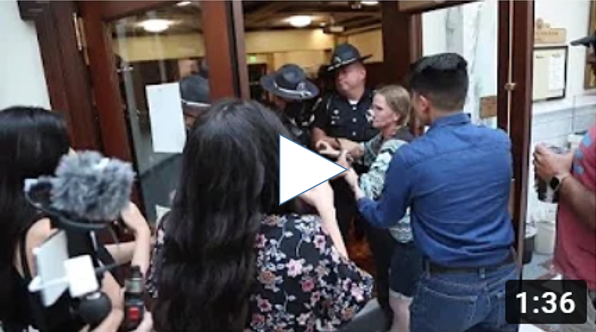 This woman’s name is Jill.  In her own words, this is what happened: “My phone just died before heading to the auditorium.  I was simply going to the room from upstairs to see what was going on and to see what meeting [there] may have been next, since I was scheduled to testify next in line.  [Then the video shows what happened from there.]”  Does any of that sound “appropriate” or honorable to you?  Because “appropriate” and “serving with honor” are the exact words that Brad Little used to describe the actions of Idaho police this week.  Brad Little lies.  He is a liar.  Just remember that every time he opens his mouth and makes any claim.

P.S.  For two additional reviews about the special session, please check out the following links: 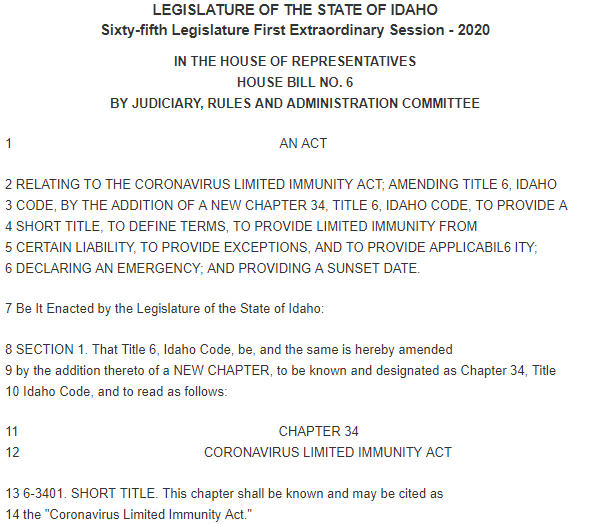 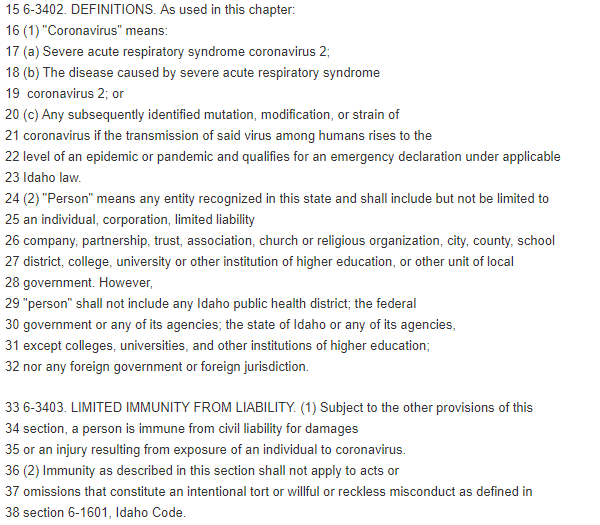