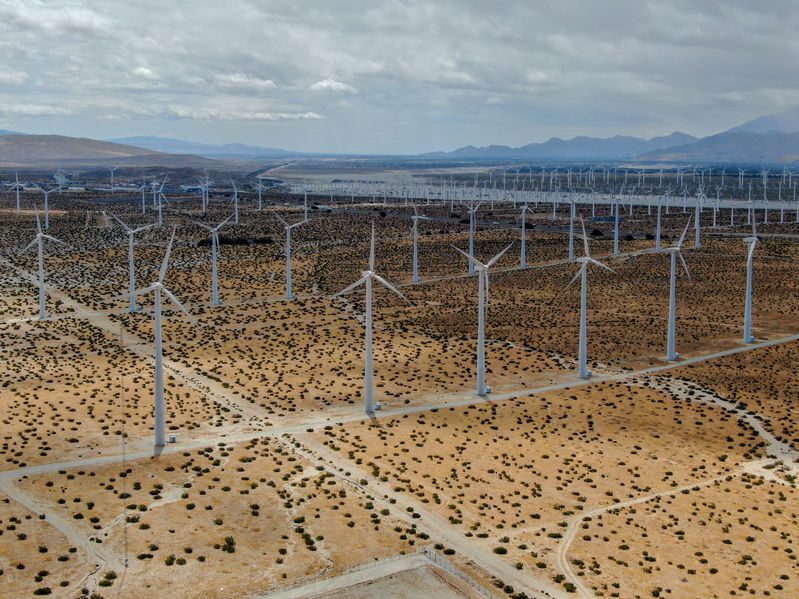 As everyone outside of the green energy bubble has heard by now, California has given the world yet another great example of how foolish and shortsighted the rush to renewables has been in the golden state.

On top of the usual litany of California disasters: wildfires, earthquakes, mud slides, urban decay, massive homelessness, gang violence, periodic riots, and now plague (COVID-19) we can now add “rolling blackouts” to the attractions offered in beautiful California. And that doesn’t even count the chronically high concentration of bad thespians who routinely infect the state.

Thus it happened that in August of the Year of our Plague 2020, California was forced to institute rolling blackouts, turning the lights out for millions of citizens in August, a sweltering month in much of California. (Having grown up in the San Fernando Valley (oh m’ gawd!) I can attest to that reality first-hand.)

Of course, analysts are “stumped” and “bewildered” as to how this could possibly have happened. After all, despite some 30 years of warnings from energy experts pointing out that wind and solar power are expensive, unreliable sources of power that can’t be stored at any meaningful scale, we were assured that those warnings were just smoke-screens paid for by fossil fuel companies working with climate deniers.

But the sage folks at the California Independent Systems Operator (ISO) apparently do have some clue as to what might have gone wrong:

The California Independent System Operator, the non-profit entity that controls the flow of electricity for 80 percent of California, said it acted after three power plants shut down and wind power production dropped. It also cited a lack of access to electricity from out-of-state sources…We understand rolling outages are not easy, and we do everything we can to avoid them,” said Anne Gonzales, a spokeswoman for California ISO. “The reason for the energy shortfall is high heat and people naturally wanting to stay cool.”

Right. It was hot, and the juice stores were out of juice. Which begs the question, why, exactly, were the energy cupboards so bare?

Therein lies a tale of “hide the reality” of renewable power, which is that when the wind doesn’t blow, and the sun doesn’t shine, you need backup power. You can either generate that with conventional power such as gas or nuclear power, or if your state is rabidly anti fossil fuels, you buy electricity from outside the state while avoiding any mention of how it was produced.

Setting aside that this means sending California rate-payer money to out-of-state power producers (and their jobs and profits), it means that you’ve simply moved your vulnerability to intermittent “renewable energy” out of sight. That’s all fine, as these things go, until you ask this very difficult question: “Might the people selling us our backup power actually need to use it sometimes for their own high-demand weather patterns, that, amazingly enough, heavily overlap with California’s?”

And the answer to that question turns out to be – surprise – YES, because the states around California have something in common – they’re also largely deserts. But apparently the sage heads in California didn’t let this dissuade them:

Last year, the [Public Utilities] commission ordered utilities and retail power suppliers to procure 3,300 megawatts of additional capacity between 2021 and 2023, calling it a “‘least regrets’ strategy, since electricity shortages would most certainly lead to regrets.”

Yes, sweltering to death in the desert heat could be considered regrettable.

Yet the obfuscation continues, with green energy advocates “baffled” about this event, and looking madly for people to blame: incompetent regulators! Enron! (Really, they’re still blaming Enron for this?) Deregulation!

The reality is much more simple. Renewable power is a lot like an electric car. If you have an EV, you need a backup car when the EV power is not enough for the job, so you buy a conventional gasoline car that sits, mostly unused (and hidden from your eco-nut neighbors), in your garage, where you pay for it regardless of how little you use it. So most of the time, you’re paying for two cars to have the use of one, but you look “green.” But then sometimes, you run out of juice in the EV, only to find that your spouse has taken the old reliable gas-powered car out for some important errands, and there you are, stranded, on the California freeway, in the heat of a riot-filled, plague-ridden broiling summer of discontent.

They ought to make a movie. “Lights! Camera! Action!” Lights? Lights! Can we have some lights here?

Kenneth Green has studied energy and environmental policy at free-market think tanks in North America for over 20 years. He holds a Doctoral degree in Environmental Science and Engineering from UCLA, and has over 850 publications to his credit.