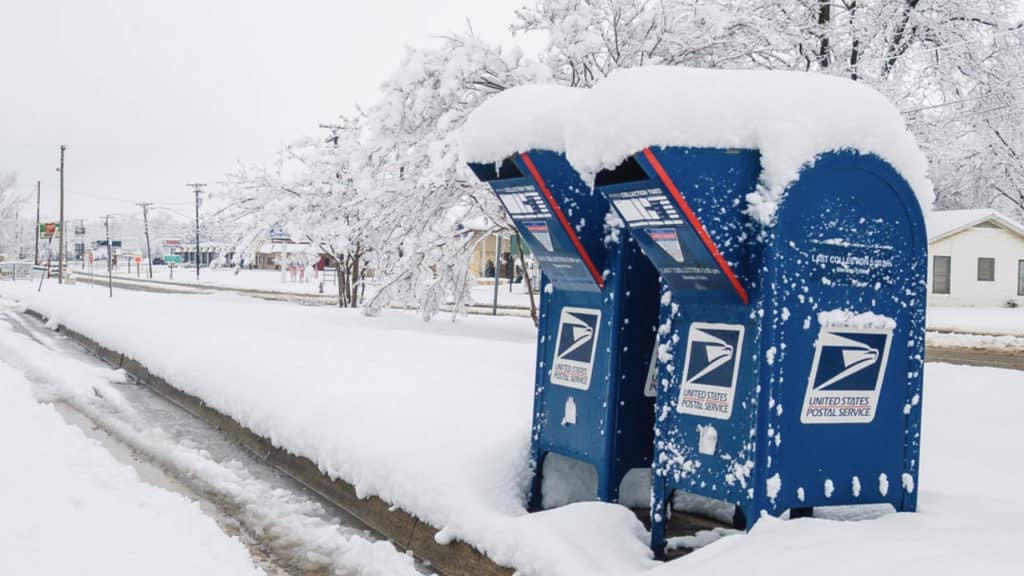 The United States Postal Service – formerly the Post Office — is an American institution rooted in the Constitution. To the framers, the idea that the federal government would be in the thankless business of carrying mail from city to city defied their Madisonian ideas of limited government. But they feared that rival states would take over delivery of the mails. So, they reluctantly made it a federal apparatus.

In an era with slow communication, and before the invention of the telegraph or telephone, the use of the mails was the only effective way to pay a bill without cash, transmit a document or send a letter.

In the 1840s, a gifted philosopher-businessman, Lysander Spooner, founded the American Letter Mail Company. It delivered mail between Washington, D.C., and Boston for significantly less than what the Post Office charged. When the federal government challenged its right to compete with the Post Office, the courts held that even though the Constitution established the Post Office, there was no prohibition in the law on competing with it.

These decisions were based on sound economic policy and obvious constitutional jurisprudence, but they were too much for the federal government to bear. The reluctant Madisonians were gone, and a bureaucracy had replaced them — a bureaucracy which, then as now, hated competition.

When more folks began using Spooner’s mail service than the U.S. mail — his stamps cost less and his guaranteed on-time deliveries were reliable — the Post Office sought refuge in legislation. So, Congress enacted laws prohibiting competition in first-class mail by charging less than the Post Office. This monopolistic legislation put Spooner out of business and returned the Post Office to its lethargic ways.

The legislation was also a guarantee of inefficiency — with ensured customers and no competition. Today, we have UPS and FedEx, but they can charge 20 times as much as the Postal Service to deliver the same document. On the other hand, the Postal Service goes where UPS and FedEx don’t. And its best customer — Amazon — offers nearly any product to anyone, no matter the destination.

The new postmaster general came into office two months ago at the cusp of a hotly contested presidential election. He has made cost-cutting changes resulting in slower mail delivery. Some of his new rules are absurd. They require mail trucks and carriers to leave postal service facilities each day on schedule, even if the mail they are to deliver is not yet on the trucks or in the carry bags. Which is better, mail an hour late or a day late? The answer is obvious to all but Postal Service management.

In two months, we will have a presidential election in the midst of the COVID-19 pandemic. President Donald Trump — who has voted by mail since changing his lawful residence from New York City to Palm Beach, Florida, last year — has been arguing persistently that voting by mail is inherently corrupt and untrustworthy.

Yet, in the 2016 presidential election in which Hillary Clinton received 3 million more popular votes than Trump, and he was elected by the Electoral College, more than 40 million Americans voted by mail and there was little if any complaining by either major political party of corruption.

This November, 80 million Americans will have the choice of voting by mail or in person. The right to vote is essentially guaranteed by the Constitution. The Constitution also mandates a uniform day for voting for president. As we all know, constitutional guarantees are only as reliable as is the fidelity to the Constitution of those in whose hands we repose it for safekeeping. In the case of voters electing a president, the Constitution reposes the power to make election rules in state legislatures.

So, when New Jersey Governor Phil Murphy, for example, ordered the printing and mailing of 4 million ballots — one to every registered voter in the state — so as to enable individuals to choose to vote in person or by mail, he usurped the power of the legislature. Only a few New Jersey Republicans complained, but the Democratic-controlled legislature did nothing. Perhaps it has grown accustomed to Murphy’s governing by decree.

The legal challenge to Murphy’s latest authoritarianism will no doubt fail. That’s because the Supreme Court has consistently ruled this year that the mechanisms for voting are left to the states and any grievances about them are political. Stated differently, the court is telling us if we don’t like Murphy’s rules — or the rules of any state legislature or governor — we can vote them out of office.

Now, back to the Postal Service. It is a grossly inefficient entity which could never survive were it not a monopoly. How inefficient is it? In 2019, it lost $8.8 billion. Who makes up for the losses? The taxpayers.

No monopoly can exist without government violating the basic laws of economics. We have lived with this inefficiency for too long. It should change radically — after this November.

The postal couriers and their managers may be able resist snow and rain and heat and gloom of night, but to take on competition — to allow the economic laws of supply and demand to reduce prices and enhance services — will be too much for them to bear.

In 2021, the federal government should sell the Postal Service to the highest bidder.