I regret to inform you that the corrupt Idaho politicians are winning. 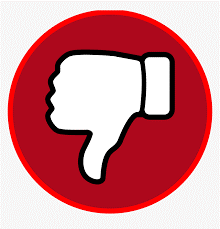 I regret to inform you that the corrupt Idaho politicians are winning.

They have some very simple methodologies that they use and they are using them very effectively right now.  More important than anything, you need to know this—corrupt politicians are deathly afraid of PUBLIC SCRUTINY.  It is their kryptonite.  Having informed and intelligent citizens present in their hearings and during their voting is like shining sunlight to a vampire or pouring water on the wicked witch of the west.  They just can’t handle it!

So their most important tactic is to keep the public away from themselves at all costs!  Their most common tactic is to wait the people out.  If protestors and indignant patriots show up en masse and in force to the Capitol, like you all did on Monday—they are unmoved because they know they can just wait you out.  They’ll take days to have their “debates” and their voting.  They’ll do so into the odd hours of the night, and simply wait out the public.  Why?  Because they know that the hard working citizens of Idaho can, at best, take one or two days off, to fight their government, but must quickly return to work and to their normal lives.  This is the exact same thing, in principle, that King George did to the colonists and was one of the 27 grievances listed in the Declaration of Independence!

So the politicians wait for the people to leave and then vote on their disgusting legislation.  And that’s what they’ve done this week.  On Monday, hundreds of protestors stormed the Capitol to prevent civil liability immunity legislation from being passed.  Yet, as of 8:30 pm tonight, they were still debating and voting on various versions of the bill in front of only a handful of tired and bored protestors who are not really having much of an impact anymore.

THE LEGISLATURE DOES NOT WANT YOU TO BE PRESENT!  THEY DON’T WANT YOU PAYING ATTENTION!  So this tactic always works.

Their second, very popular, and very effective tactic is to pawn off their guilt and responsibilities on other, unelected parties and officials.  In today’s case, the Idaho State Senate, after being absolutely bombarded with phone calls, emails, and personal visits from Patriots from all over (good job, by the way—because it was patriots like you who made this happen), had to find a way to get out of voting on HCR1—the concurrent resolution to end the state of emergency.

A vote to end this state of emergency would be a certain slap-in-the-face to Governor Little, and Senate Leader Brent Hill could not allow it to happen.  But rather than man up and allow it to be voted upon, at the demand of Idaho’s citizens, he instead got Idaho’s corrupt and unethical Attorney General, Lawrence Wasden, to write an opinion stating that he felt that the concurrent resolution was unconstitutional.  This is a ridiculous and specious argument that can be dismantled by a 2nd grader—but that is how they operate, and you need to be made aware (I’ve included Wasden’s opinion as at the bottom of this article).

That is pretty simple and easy to understand, right?  Literally, a 2nd grader can understand it.  But, your lying and corrupt political leaders have made the following excuses about the plain interpretation of that statement:

Therefore, the Attorney General and others are literally claiming that Idaho Statute § 46-1008 which exists for the sole purpose of keeping the Governor in check and ensuring he does not act like a tyrant and extend his emergency powers beyond what is allowed Constitutionally, can only be interpreted to mean that the legislature may by concurrent resolution terminate a state of disaster of emergency at any time, if the legislature is already in its normal session between January and March.  So, any tyranny enacted by the Governor, that is unconstitutional and illegal, cannot be stopped because the legislature is not in session.  That’s the ridiculous and disgusting interpretation and opinion offered by the endlessly corrupt, Lawrence Wasden.  It also means that the Governor is free to act like a tyrant as long as he wants between April and December.  What a stupid interpretation!

The easiest way to interpret § 46-1008 is to interpret it to mean what it actually says—and that is that the Idaho Legislature may end the declaration of emergency at “any time.”  And any time means any time.  See, I told you a 2nd grader could understand it!

Isn’t it interesting that Wasden is happy to opine that the legislature following and obeying § 46-1008 is unconstitutional, but the Governor extending his emergency declarations beyond the 60 day total limit as set by the same statute is allowed?  Lawrence Wasden is a corrupt and disgusting politician and must be removed as early as possible.

Read the law for yourself: “A disaster emergency shall be declared by executive order or proclamation of the governor if he finds a disaster has occurred…however…no state of disaster emergency may continue for longer than thirty (30) days unless the governor finds that it should be continued for another thirty (30) days or any part thereof.”  That’s it.  The Governor is allowed to declare an emergency for 30 days, and then he’s allowed to extend it for an additional 30 days.  That’s a maximum of 60 days.  Do the math for yourself—the first state of emergency was declared on March 13th, and then an “extreme emergency” on March 25th.  How good is your math?  Is the Governor in illegal territory now or what?  And what are the consequences of him breaking the law?  Well, if you and I do nothing, then nothing.  Because the legislature is evidently doing nothing about it.  The Attorney General is doing nothing about it.  And oh yeah, if you try to do anything about it, they’ll arrest you like they did Ammon Bundy today—on the specious charge of trespassing.

If this is not the definition of political corruption, I don’t know what is!

Finally, many of these lying politicians are feeding their constituents with the following 2 lies that you should not believe:

Ending the state of emergency will cut off funding that Idaho would receive from the Federal Government.  This is a bald-faced lie.  Idaho has already received that money and the federal government can’t take it back just because the state of emergency was ended.  Definitely call out any Senator or House Representative who is telling you this lie.

That lockdown orders, gathering restrictions, and the like would not end because those were enacted by health districts and not by the Governor.  I read this myself from an email I received from Senator Michelle Stennet today.  Wow!  What an unbelievable lie!  How do people like her sleep at night?  How can she keep her nose covered with a facemask when her nose is going to grow 10X longer than Pinocchio himself?  Anybody who tells this outrageous lie is literally attempting to rewrite history and cover for Governor Brad Little, at the same time.  Sorry, but we are not ignorant.  An entire website is dedicated to this, and even a book has been written about it.  No Michelle, Governor Brad Little is the one who unilaterally enacted lockdown orders across the state of Idaho.  It is true that mask mandates were not issued by the declaration of emergency, but the closure of churches, the closure of businesses, the classification of “essential” and “non-essential” workers and more—were all caused by the declaration of emergency by Brad Little.  And yes, they continue to this day.

So don’t believe these lies.  And please, don’t let them win.  Don’t forget who voted on what.  Don’t let them lie to you.  Don’t stop fighting for the truth and for FREEDOM.

Lastly, the Idaho State Senate rejected HCR1 and used Lawrence Wasden’s letter as their reason for rejecting it.  Instead, they passed their own meaningless resolution with “suggestions” about changes that should be made during the next legislative session. 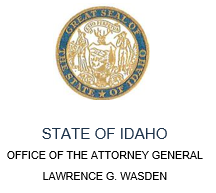 This letter is in response to your inquiry regarding the legal consequence of House Concurrent Resolution 1 (E.S. 2020) (HCR 1). As explained below, it does not appear that the subject of HCR 1 is within the Governor’s Proclamation for an Extra Session’ of the Legislature as required by Article IV, § 9 of the Idaho Constitution. For this reason, it appears that HCR 1, if passed by both chambers would carry no legal effect and likely be the subject of a successful legal challenge to its validity.

The governor may, on extraordinary occasions, convene the legislature by proclamation, stating the purposes for which he has convened it; but when so convened it shall have no power to legislate on any subjects other than those specified in the proclamation; but may provide for the expenses of the session and

other matters incidental thereto. He may also, by proclamation, convene the senate in extraordinary session for the transaction of executive business.

Within his proclamation, the Governor identified the following purposes for the convening of the Legislature:

Governor’s Proclamation, p. 2, August 19, 2020. No reference is made to calling the Legislature into session to address whether the declaration of emergency itself should continue. The proponents of HCR 1 rely on the following sentence from Idaho Code § 46-1008; “The legislature by concurrent resolution may terminate a state of disaster emergency at any time.” Under this statutory provision, the Legislature has authorized itself to terminate an emergency at any time, which HCR 1 purports to accomplish.2 But the Constitution limits when the Legislature may be in session and does not permit the Legislature to call itself into session upon any topic. This sentence in Idaho Code § 46-1008 attempts to permit what Article IV, § 9 prohibits. Thus, this provision is likely only operable when the Legislature is in its regular session, or when the Governor has identified an emergency proclamation as the subject of an extra session.

Interpreting this provision otherwise would create a conflict between the Legislature’s authorization of a subject by statute in Idaho Code § 46-1008 and the Constitution’s clear directive that the Governor establishes the subjects of extra sessions of the Idaho Legislature. If the state constitution and a statute conflict, the state constitutional provision prevails. Bingham County v.  Idaho Commission for Reapportionment, 137 Idaho 870, 874 (2002). Absent constitutional authorization for the Legislature to review an emergency declaration, it appears that consideration of this subject is outside the Governor’s Proclamation calling for an Extra Session of the Idaho Legislature.

If HCR 1 is adopted by the House and Senate, it will likely be the subject of a successful legal challenge based on the limitations of the Idaho Legislature during extra sessions contained in Article IV, § 9 of the Idaho Constitution.

2 The use of a concurrent resolution to repeal a gubernatorial declaration may be subject to legal challenge as well. Under the Constitution, laws must proceed through a specific process that includes presentment to the Governor under Article IV, § 10. A concurrent resolution is being advanced as a legislative vehicle with the force of law but is never presented to the Governor. Legally, this means that the concurrent resolution may not be of any legal effect because such a mechanism is not permitted by the Constitution in this circumstance. Examples of where a Concurrent Resolution is likely authorized include Article III, § 29 and Article XX, § 1.

I hope that you find this analysis helpful. Sincerely,