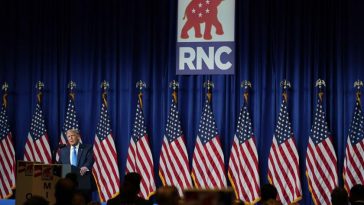 In a move long overdue, the Republican National Committee resolved this week to condemn the Southern Poverty Law Center, the supposed “anti-hate” organization that has become a thinly-veiled machine to fight against people and groups who do not obey the grand leftist narrative.

We’re not sure the SPLC ever really had any earned legitimacy, but if it did, it has been long squandered. Over the past few years, the organization has labeled everyone from Ben Carson to the Alliance Defending Freedom to Islam reformer Ayaan Hirsi Ali as agents of hate. And yet, still to this day, many in the media treat them as if they are an objective authority on American hate.

“The Southern Poverty Law Center (SPLC) is a far-left organization with an obvious,” the RNC said in the final resolution. “The SPLC makes a practice of incorrectly labeling persons and organizations as ‘hate groups.’”

After a far-from-comprehensive list of the SPLC’s findings, the RNC concluded: “Whereas legitimizing the SPLC puts conservative groups or voices at risk of attack, therefore, be it resolved that the SPLC is a radical organization, and that the federal government should not view this organization as a legitimate foundation equipped to provide actionable information to DHS or any other government agency.”

After the resolution was made public, the SPLC responded with their best “I know you are but what am I” reply.

“This attack on our work is an attempt to excuse the Trump administration’s pattern and practice of working with individuals and organizations that malign entire groups of people — immigrants, Muslims and the LGBTQ community — while promoting policies that undermine their very existence. It comes from the same vein as Trump’s claim that there were ‘very fine people’ on both sides of the 2017 Unite the Right rally in Charlottesville,” they wrote.

Well, we have to give them a smidgen of credit: At least they didn’t repeat the lie that Trump called Neo-Nazis “very fine people” in that speech. Stating the facts shouldn’t be worth much, but in an era where Democrats habitually lie about this point, we’ll give them a gold star.

Unfortunately, that gold star is lost in a sea of lies, smears, and anti-right discrimination within the SPLC’s hallowed halls. They have bent over backwards for years to ignore the obvious racism spewing from groups like CAIR, Black Lives Matter, and other groups whose targets are limited to white people (well, and sometimes Jews). They only seem to wake up and pay attention when the target is the LGBT “community,” Muslims (even extremists), and other minorities. And their definition of “hate” in those cases is about as loose as Antifa’s definition of “fascism.”

The DNC should follow suit and condemn the SPLC as well.

Not that we’re holding our breath.