The Democratic Convention Skipped over the Biden–Harris Agenda 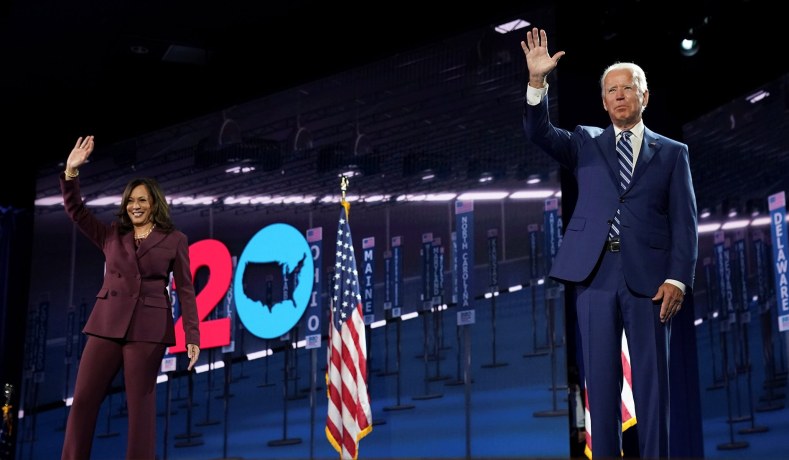 The Democratic Convention Skipped over the Biden–Harris Agenda

By The Editors of Natioanal Review

If you watched Joe Biden, Kamala Harris, and the other big, headline speeches at the Democratic convention, you might be forgiven for thinking that you had stepped into a meeting of old-time Democrats. There was less woke, radical rhetoric than in the primaries, more invocations of old-fashioned patriotic Americana, and more efforts to sound conservative themes and reach out to small-businesspeople and churchgoers. What you might have missed was the far-reaching agenda of the Biden–Harris Democrats.

Biden talked about “ending loopholes” and rolling back Trump-era tax cuts. His actual proposal would raise $3.8 trillion in new individual and business taxes and result in a tax hike, on average, for taxpayers in every income quintile.

He spoke vaguely about climate and energy. He’s actually proposing a $2 trillion “accelerated investment” in a “clean energy future,” just as a first step. This is the “Green New Deal” in all but name, on top of a vast expansion of health-care entitlement spending from a government-run “public option” of the sort that was left out of Obamacare for being too far left. Overall, Biden is proposing some $7 trillion in additional spending, most of it permanent, which will eventually require even more enormous tax hikes than the ones he has so far detailed.

The Democrats played down and euphemized their extremism on abortion all the way to birth. Biden himself has shamefully abandoned four decades of support for the Hyde amendment, and now backs taxpayer subsidies to increase the number of abortions. The teachers’ unions, meanwhile, publicly celebrated how the Biden–Sanders unity agenda would move education policy away from both parental choice and accountability.

The Democratic Party platform pushes D.C. statehood, entirely without regard to the fact that this cannot be done without amending the Constitution, and more immigration law by executive fiat. The Democrats pledge new gun bans in violation of the Second Amendment and are increasingly threatening to eliminate the filibuster if enough Senate Republicans don’t roll over for all of this.

That’s just what has been endorsed so far from the official campaign and party organs. But nobody who has followed Biden or Harris should have much faith in their spine for resisting their party’s never-ending pull to the left. Republicans would do well to make the case that the upcoming election is about what the Democrats would do with power. If Americans vote for the Biden–Harris platform to find out what’s in it, there will be a lot of unpleasant surprises.