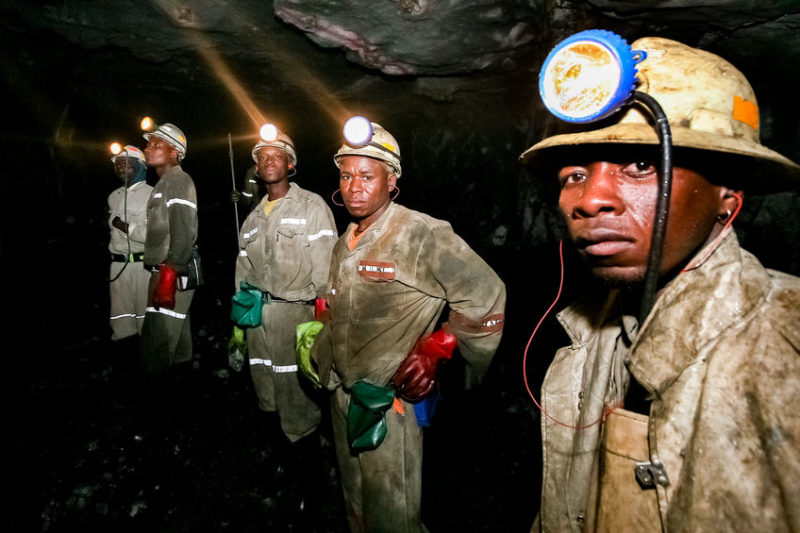 Marathon Petroleum recently announced it will “indefinitely idle” its Martinez Refinery. The decision will remove hundreds of jobs, billions of dollars, and nearly 7 million gallons of gasoline, diesel and other petroleum liquids per day from the energy-hungry California economy. It will also send fuel prices even higher for minority and other poor families that already pay by far the highest gasoline prices in the continental United States: $1.32 more per gallon of regular than in Louisiana and Texas.

California’s green and political interests don’t want drilling or fracking, pipelines, or nuclear, coal or hydroelectric power plants – or mining for the materials needed to manufacture electric cars. They prefer to have that work done somewhere else, and just import the energy, cars and consumer goods.

They’ve long wanted a totally electric vehicle (EV) fleet, which they claim would be clean, ethical, climate-friendly and sustainable. Of course, those labels hold up only so long as they look solely at activities and emissions within California state boundaries – and not where the mining, manufacturing and electricity generation take place. That kind of “life cycle” analysis would totally disrupt their claims.

But copper ores average just 0.5% metal by weight, notes energy analyst Mark Mills. That means 200,000,000 tons of ore would have to be dug up, crushed, processed and refined to get that much copper. Almost every step in that process would require fossil fuels – and emit carbon dioxide and pollutants.

That’s just California. According to Cambridge University Emeritus Professor of Technology Michael Kelly, replacing all the United Kingdom’s vehicles with next-generation EVs would require more than half the world’s annual production of copper; twice its annual cobalt; three quarters of its yearly lithium carbonate output; and nearly its entire annual production of neodymium.

Just one electric car or backup-power battery weighs 1,000 pounds and requires extracting and processing some 500,000 pounds of various ores, Mills says. The true costs of “green” energy are staggering.

Imagine replacing all of the USA’s nearly 300,000,000 cars, SUVs, pickup trucks, buses, trucks and other vehicles with electric versions under the Green New Deal – and then charging them daily. The millions of wind turbines, billions of solar panels, billions of backup-power batteries, thousands of miles of new transmission lines, grid upgrades and million or so fast charging stations all across America would also require copper, concrete, all these other metals and many more materials, in incomprehensible quantities.

Alaska’s Pebble Mine deposit has an estimated 35 million tons of high-grade copper ore and 3 million tons of molybdenum and other critical GND ores. The copper alone is nearly two times the world’s 2019 output of that essential element. Permits were blocked for years for questionable reasons. But the US Army Corps of Engineers recently found that mining would not have a “measurable effect” on sockeye salmon numbers in the Bristol Bay watershed and should be allowed to proceed, under tough US pollution control, reclamation, wildlife protection, workplace safety, fair wage and child labor laws.

Environmentalists intend to delay the Pebble Mine as long as possible – and block other US exploration and mining projects. That’s why most mining and processing is done overseas, much of it in China and Mongolia or by Chinese companies in Africa, Asia and Latin America, where none of these laws apply.

Most of the world’s rare earth ores are extracted near Baotou, Inner Mongolia by pumping acid into the ground, then processed using more acids and chemicals. Producing one ton of rare earth metals releases up to 420,000 cubic feet of toxic gases, 2,600 cubic feet of acidic wastewater, and a ton of radioactive waste. The resulting black sludge is piped into a foul, lifeless lake. Numerous local people suffer from severe skin and respiratory diseases, children are born with soft bones, and cancer rates have soared.

Lithium comes largely from Tibet and arid highlands of the Argentina-Bolivia-Chile “lithium triangle.” Dead, toxic fish join carcasses of cows and yaks floating down Tibet’s Liqi River, which has been poisoned by the Ganzizhou Rongda mine. Native people in the ABC triangle say lithium operations contaminate streams needed for humans, livestock and irrigation, and leave mountains of discarded salt.

The world’s top producer of cobalt is the Democratic Republic of Congo, where some 40,000 children as young as four toil with their parents for less than $2 a day up to 12 hours a day. Many die in cave-ins, or more slowly from constant exposure to toxic, radioactive mud, dust, water and air that puts dangerous levels of cobalt, lead, uranium and other heavy metals into their bodies. The cobalt ore is sent to China for processing by the Chinese-owned Congo Dongfang International Mining Company.

Liberals often say they support sustainable, ethical coffee, sneakers, handbags and diamonds. No child labor, sweat shops or unsafe conditions tolerated. But it’s a different story with green energy and EVs. In 2019, California Assembly Bill 735 proposed that the state certify that “zero emission” electric vehicles sold there are free of any materials or components that involve child labor. Democrats voted it down. The matter is complicated, they “explained.” It would be too hard to enforce, cost too much and imperil state climate goals. And besides, lots of other industries also use child labor. (So shut up about it.)

Last month, the US House of Representatives had an opportunity to legislate a national certification that federally funded electric buses and charging stations would not include minerals mined with child labor. The Transportation Committee approved the amendment 43-19 (all 19 nay votes were Democrats). But Pete DeFazio (D-OR) quietly replaced the enforceable certification language with a meaningless statement that “it is the policy of the United States” that funds “should not be used” for items involving child labor.

DeFazio claimed certification is unnecessary because US trade agreements prohibit child labor. But there is no agreement with Congo, and China has shown no interest in ending child labor in its supply chains. (Plus, the matter is complicated, hard to enforce and perilous for climate and Green New Deal goals.)

It’s easy for Nancy Pelosi and her colleagues to wear Kente cloth stoles in solidarity with Black Lives Matter. And for Sierra Club staff to criticize the organization’s “history and culture of white supremacy” – what I call callous, deadly and arguably racist eco-imperialism and carbon colonialism. We need real reform, and an end to the cancel culture that silences discussion about the horrors of what’s going on in too many non-white areas of the United States and world.

The human and ecological realities of GND policies cry out for debate. So do the violence and death that preceded and followed George Floyd’s inexcusable death. Not just the 25 police killings of unarmed blacks all across America in 2019 that have become the narrow focus of Black Lives Matter, politicians and rioters. But also the murders of David Dorn, Patrick Underwood and other police officers; Mekhi James, LeGend Taliferro, Secoriea Turner and other black children gunned down by their fellow blacks; and as many as 7,000 American black men, women and children murdered by blacks every year.

In Chicago, over the July 4 weekend, police reported 87 shootings and 17 deaths, and nearly a dozen of those shot were children caught in the crossfire, the New York Post despaired. In fact, the black-on-black Windy City murder toll over almost any two recent successive weekends exceeds those 25 police killings.

“Every single person who has been shot in New York City [so far] this July, nearly 100 in total, has been a member of the minority community,” NBC News reporter Tom Winter tweeted, “and 97% of shooting victims in June were members of the city’s minority community.” The solution is defunding the police?

ALL these African, Asian, Latin American and minority American lives matter. It’s time to talk about it honestly, figure out what’s really driving the inhumanity, and create a world we can be proud to live in.