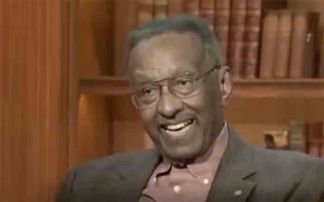 Walter Williams, the brilliant economist, and thought leader, wrote in The Patriot Post that today’s so-called Marxists know nothing of Karl Marx’s life and never read his three-volume “Das Kapital.”

Reading only The Communist Manifesto leaves the “Marxist” in a sorry state as Professor Williams states.

Union leaders, civil rights groups, Black Lives Matter, Antifa, and some Democratic Party leaders don’t realize his predictions of capitalism and the “withering away of the state” were grossly wrong.

They also don’t know that Marx was a racist and an anti-Semite, despite being Jewish, keeping his heritage secret from the public. You might want to read the story, but we have a few of the quotes for you.

When the U.S. annexed California after the Mexican-American War, Marx wrote: “Without violence, nothing is ever accomplished in history.” Then he asked, “Is it a misfortune that magnificent California was seized from the lazy Mexicans who did not know what to do with it?” Friedrich Engels added: “In America, we have witnessed the conquest of Mexico and have rejoiced at it. It is to the interest of its own development that Mexico will be placed under the tutelage of the United States.”

In a July 1862 letter to Engels, in reference to his socialist political competitor, Ferdinand Lassalle, Marx wrote: “It is now completely clear to me that he, as is proved by his cranial formation and his hair, descends from the Negroes from Egypt, assuming that his mother or grandmother had not interbred with a n-gg-r. Now this union of Judaism and Germanism with a basic Negro substance must produce a peculiar product. The obtrusiveness of the fellow is also n-gg-r-like.”

There is more in the article. As for Marx’s anti-Semitic views, he published an essay on the Jewish Question in 1844, referring to them as “huckstering,” and the Jew’s god was “money.”

He also suggested genocide among the classes and the races.

Professors ignore the fact that people like Che Guevara and Stalin, were Marxists, but professors fail to acknowledge that Marx’s ideology and writings were responsible for the deaths of tens of millions.

These Marxist followers often had no idea that Karl Marx was Jewish while suggesting the pogroms of Jewish people and others.

Williams concludes, “White liberals are useful idiots. BLM, Antifa, and other progressive groups use the plight of poor blacks to organize left-leaning, middle-class, college-educated, guilt-ridden suburbanite whites. These people who topple statues and destroy public and private property care about minorities as much as their racist predecessors. Their goal is the acquisition and concentration of power and Americans have fallen hook, line, and sinker for their phony virtue signaling.”

The Professor is right.

Guilt-ridden white liberals really are useful idiots as Williams says. Save us all from the spoiled, virtue signalers, and the curse of white guilt.