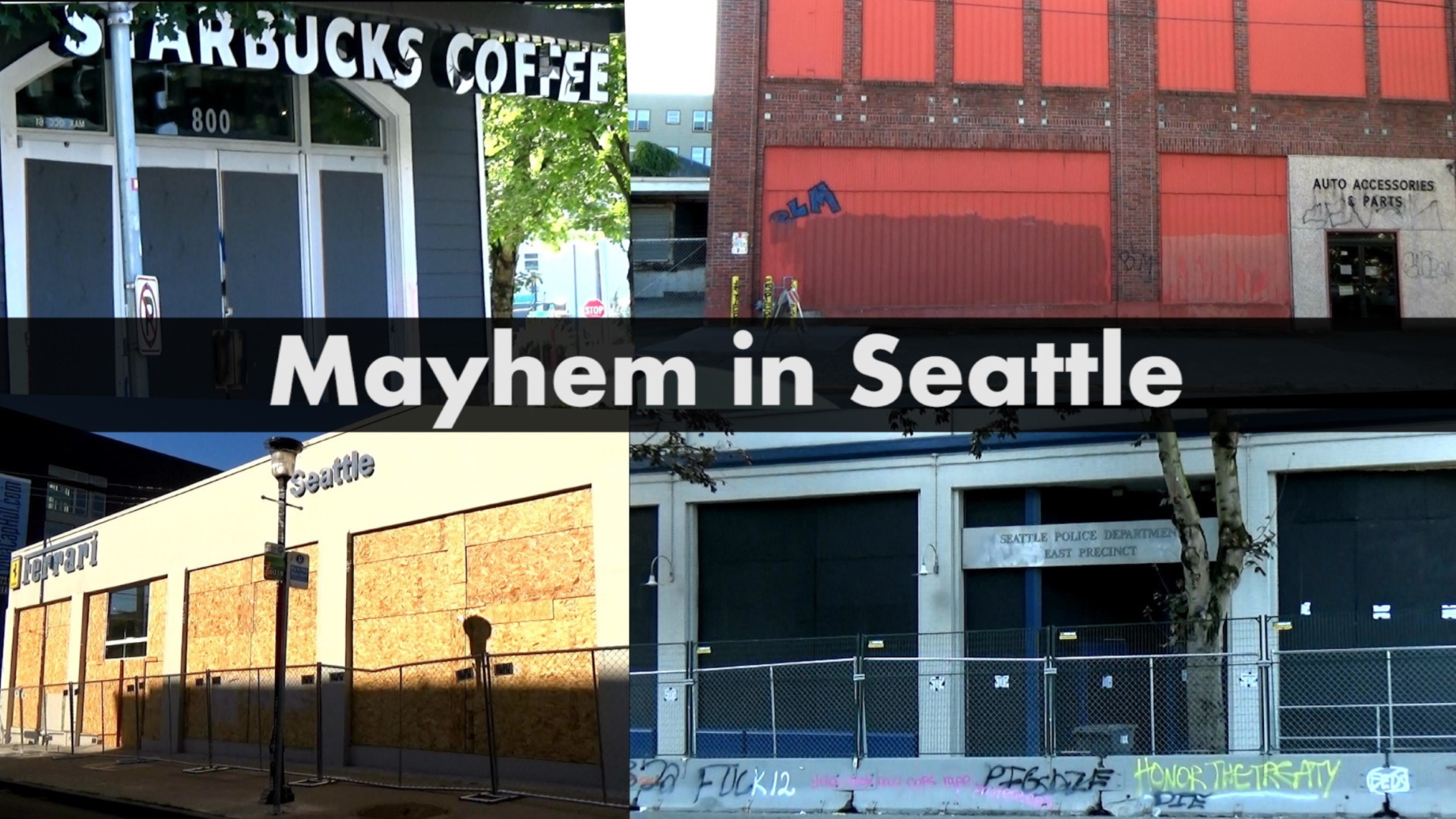 Early on Sunday morning August 9 we surveyed the damage to countless buildings on 10th St., in downtown Seattle, Washington vandalized by radical groups Black Lives Matter & Antifa.  Smashed windows and graffiti dons the streets and buildings and city signage is all defaced with messages such as: ‘ABAB (all cops are bad/bastards),’ ‘F*** the police,’  ‘I can’t breathe,’ and ‘BLM/Antifa was here.’  Logos of the communist hammer and sickle associated with police brutality, and mentioning George Floyd in writing and portraits, are just a sample of the many messages strewn across the Seattle landscape.  Driving through the city, it was unnerving to see so many buildings boarded up where windows used to be, with messages left by the ‘peaceful protesters.’

The scene continued into the Capitol Hill area of Seattle where dissidents created the C.H.A.Z. (Capitol Hill Autonomous Zone) in June which has since been dismantled but the remnants of the damage remains on the streets and buildings throughout the area.

One business owner named Pete of Auto Parts Accessories on 13th Ave & E. Pine St. did not want to explain his story on camera but informed us of the history of Capitol Hill, since his business has been operational since 1962.

Pete said Capitol Hill was once a cherished location in the Seattle area but since the BLM/Antifa riots started he had decided to close his 57 year business due to lack of customers.  He informed us that the United States Postal Service would not come to his business to pick-up mail orders, the business had to load packages on carts and walk them a couple blocks to send out orders.  Spray paint mutilating this business required a coat of fresh paint to cover up the damage, but some graffiti remained on the bricks and stone of the building.

There seemed to be a sad remorse as Pete reminisced about the years of his business in the area, of how things used to be, but then stated, “Everything changes, nothing stays the same.”

A few blocks away, the police station was closed. Graffiti peppered the concrete barriers surrounding the building with a chain link fence behind the barriers and the buildings’ windows were all boarded up.  The second floor was dark and looked abandoned.  On E. Pine St. outside the station, the words ‘BLM LIVES MATTER’ was painted in the street’s median and a collage filled each letter with different messages.

Nearby Cal Anderson Park was ground zero for the C.H.A.Z. movement.  This area during the occupation held numerous amounts of tents and still reveals areas where fires had been lit during the night time hours.  Again, graffiti littered the ground and structures everywhere.  A garden had been erected by BLM with a sign stating ‘THIS GARDEN IS FOR BLACK AND INDIGENOUS FOLKS AND THEIR PLANT ALLIES.’ 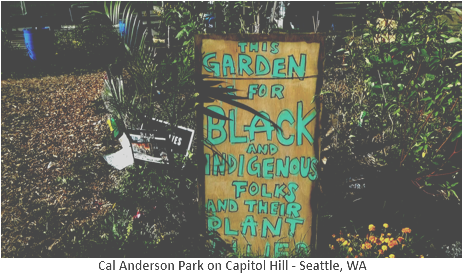 One entire block near the police station had been decimated by the rioting, the vast majority of the windows smashed now replaced by sheets of plywood, most of which had been covered with graffiti.  The scene looked surreal, like something out of a movie.

See video of this trip: 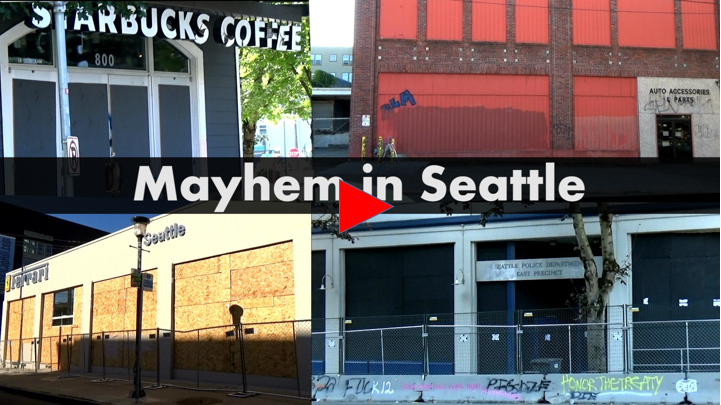 Casey Whalen is an activist and citizen journalist from Coeur d’Alene, Idaho.  His YouTube channel is North Idaho Exposed.  If you would like to help independent journalism thrive please consider a small donation via cashapp: $northidahoexposed or venmo: @northidahoexposed