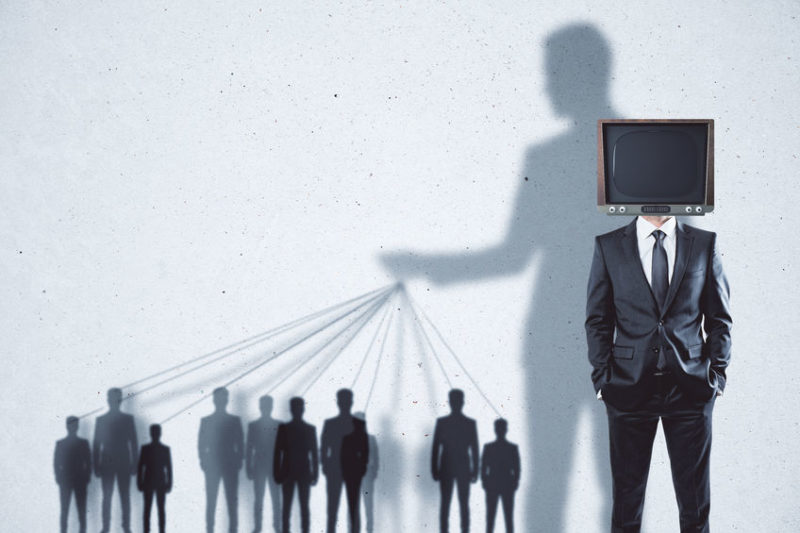 I have been a news junkie since high school. Media bias favoring left-of-center public policies and politicians is nothing new, yet this 40-year-plus reality never gets shopworn.  The flagrancy of skewed news coverage to favor one political agenda and oppose another is worse than ever and still surprises.

There is no shortage of examples of media slant and mendacity, including coronavirus reporting, downplaying the riots in American cities, and peddling the bogus Russia collusion narrative. The climate change issue is another glaring example that goes beyond mere bias. Most media coverage portrays the subject as a singular truth, that is, human exhaling and industry are causing the planet to warm to an imminent doomsday. Typically, no other evidence or viewpoints are acknowledged, much less given credence.

The prevailing media treatment of climate change and other issues exhibits a combination of myopia, laziness, dishonesty and censorship, which CFACT itself has been recipient.  It has gotten so bad, two major media outlets recently were exposed by very public resignations and several newsrooms displayed infantile wokeness.

Chief among this journalistic dereliction is NBC’s Chuck Todd, a wind-up doll for climate credulity and former congressional aide. Todd announced he would give no airtime to skeptics of the prevailing mantra of man-made global warming. No counterpoint allowed is standard for “mainstream” climate reporting.

Time magazine, another substantial media outlet, has long obsessed about the “Endangered Earth,” as far back as the late 1980’s. By then, global warming had replaced the coming-ice-age mantra from the 1970’s. Time’s annual “Person of the Year” was replaced for 1988 as “Planet of the Year.”  Time has been beating the same drum in the 30-plus years since, even as Earth’s environment improved, global poverty declined, and U.S. carbon emissions more recently dropped. No matter, its 2019 “Person of the Year” was the indefatigable and exploited Greta Thunberg.

Media myopia toward climate change issues is so widespread, some younger reporters themselves may not realize it having grown up in the “Captain Planet” generation when Ted Turner’s cartoon began the brainwashing process.

Journalists have long practiced as stenographers for celebrities and politicians who make absurd catastrophic climate assertions. Reporters surely know how pervasive is lying in politics, yet so many accept climate sound-bites without scrutiny.  Has any reporter ever questioned the many preposterous claims by Sen. Bernie Sanders or Congresswoman Alexandria Ocasio-Cortez?  Has either been asked how cooling the planet by one degree in 30 years would stop icebergs from melting in summer, or how wind and solar can “replace” fossil fuels when they rely on them so extensively? The list goes on.

Now and then there are modest exceptions, as when Foxnews host Chris Wallace interviewed Al Gore in 2017, and pushed back some. Yet, even in that instance, Wallace let pass several ludicrous claims by Gore, including supposed rising sea level from global warming that allegedly resulted in ocean fish on Miami streets.

Part of the problem is that while climate change ideology is now unchallenged dogma among Democratic politicians, few Republicans are willing to go on the record with reporters to counter them beyond complaining about the multi-trillion dollar price tag of the Green New Deal. For such Republicans, the calculation is to avoid controversy, rather than offer perspective on–much less rebut–the underlying assumptions of the climate agenda.

Commonplace in climate reporting is when a new global warming “study” is released with some outlandish prediction in 12 to 80 years that is accepted at face value by reporters.  Regardless of political leanings or personal bias, every journalist should be a skeptic and report both sides since there are numerous scientists on either side of the climate change issue.

Last spring, for example, the journal Nature Climate Change published a whimsical study that claimed half the world’s beaches would disappear by the year 2100 due to climate change. Every media outlet I found which reported on the study parroted its findings, with nary a perfunctory critic to round out the story.

More impactful media negligence has been its reporting on findings of the International Panel on Climate Change. Michael Shellenberger, in his new book, Apocalypse Never, documents how this sensationalist reporting is regularly at variance with the actual IPCC research.

The cumulative effect of years of robotic reporting of man-made global warming trope has contributed to the growth and political power of the climate change industry. If not countered, it will further lead to a misinformed public, and gullible politicians imposing more destructive and wasteful climate policies on the populace in America and worldwide.