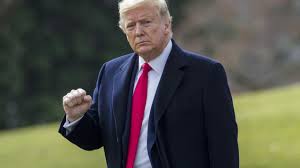 Presumption of knowledge is an unconscious habit of the mind.  In his book Confessions of an Advertising Man, legendary advertising giant David Ogilvy cautioned, “Never underestimate the reader’s lack of understanding of words you may not think to be difficult.”  I would expand on Ogilvy’s thought by saying it’s a mistake to presume people know things just because you do.

Presumption of knowledge is especially dangerous in politics, where potential voters are inundated with lies and misinformation 24 hours a day.  One of the biggest reasons Democrats have been able to control the political agenda in the United States for decades is because they are master messengers.  They don’t presume that the listener knows something that may seem obvious to them, so they break everything down into simple terms and — following the advice of infamous Nazi propagandist Joseph Goebbels — repeat their lies over and over again until people eventually believe them.

By contrast, Republicans have neither the skills nor the courage to communicate even the most obvious truths.  They seem to believe that the information put out every day by conservative media giants like Rush Limbaugh, Mark Levine, and Sean Hannity are well known to the general public.  Unfortunately, nothing could be further from the truth.  In fact, what these and other conservative commentators actually do is preach to the choir, because the overwhelming majority of people tuning into their shows already agree with their beliefs.

I became convinced of this some years ago when I was having a friendly little debate with a liberal business acquaintance of mine (“Dan”).  He and his wife were highly educated, highly paid healthcare-industry consultants, which afforded them an upscale lifestyle.  In the midst of one of our debates, frustrated by his automaton-like repetition of Democrat talking points, I asked Dan if he ever watched Fox News (which at the time was much more conservative than it is now), to which he replied, “Not if I can help it.”

That may sound like an innocuous remark, but it wasn’t, because it reminded me again that a majority of the population voluntarily cuts itself off from a lot of important information that could impact their lives.  They do so not only by getting their “news” from propaganda outfits like CNN, MSNBC, and the New York Times, but by refusing to tune in to conservative media outlets to hear facts that are ignored by the mainstream media.

The classic example of this was the lack of scrutiny given to Barack Obama, even though he had a well-documented public record of being a Radical Left, anti-American agitator.  He was able to win the presidency not only because Republicans ran pathetic John McCain against him, but because they mistakenly presumed that most of the public knew about his Marxist past.  Ditto when the GOP ran Mitt Romney, another wimpy apologist, against Obama the second time around.

Which brings me to today and Joe Biden.  Plain and simple, Biden is the most flawed presidential candidate in my lifetime.  (I use the term presidential candidate loosely, because everyone — on both the right and the left — realizes that he is not the real Democratic candidate, but merely a placeholder for his running mate and the Democrat elites who would be calling the shots if he were to become president.)

That said, so long as Basement Joe is technically the Dirty Dem candidate, voters need to be reminded of the old adage:  Be careful what you wish for, or you may get it.  In other words, it’s critical to make certain that independents who are planning to vote for Biden clearly understand what they will be getting should he become president.

Unfortunately, thus far Donald Trump and his campaign team have shown little interest in exposing Biden’s atrocious record.  Oh, sure, the president drops a snide comment here or there about Biden’s racist remarks, his decades of corruption, or his support for abortion-on-demand, but it’s almost gratuitous.

The fact is that an occasional jab won’t do it.  Making the presumption that most voters know about Biden’s checkered past and his newfound love for Radical Left ideas is a big mistake.  They don’t.  You can’t expect people to remember every sound bite they hear, which is why repetition is so important.

As just one example, Trump should be pounding away daily at the potpourri of Biden’s racist comments and actions over the years, e.g., “They’re gonna put ya’ll back in chains” … calling Barack Obama “the first sort of mainstream African-American who is articulate and bright and clean” … his warm and fuzzy eulogy of segregationist Strom Thurmond … his shoddy treatment of Anita Hill … his reference to African-American felons as “predators” who are too sociopathic to rehabilitate … his praise of one-time KKK member Robert Byrd … and, most recently, his classic admonishment, “If you have a problem figuring out whether you’re for me or Trump, then you ain’t black.”

Above all, there are pointed questions that should be repeatedly directed at Biden, both through campaign ads and by Trump personally.  A handful that come quickly to mind include:

And, arguably, the two most important questions of all:

The last question is critical, because Biden’s puppet masters are prepared to do almost anything to avoid even one face-to-face debate with Trump.  They know full well that Biden would hit the canvass in the first ten minutes of the first debate and it would be the end of his placeholder campaign.

In fact, it would be so bad that the Dem elites might even try to slip in a substitute candidate for Biden before the election.  Could Hillary’s fantasy about the Dirty Dems becoming so desperate that they would beg her to step in at the last minute become a reality?

The word is that the Trump team is coming out with new Biden attack ads this week, perhaps starting today.  I hope so, because the president cannot afford to continue making the mistake of presuming voters know all about Basement Joe’s flaws.  In clear, easy-to-understand terms, Trump and his campaign ads should pound away at those flaws relentlessly between now and November 3.

I’m not saying Trump should not continue to talk about the coronavirus, the ongoing China threat, and his significant number of accomplishments, but I always believe in taking the most certain path to a positive outcome.  And in this case the most certain path to victory is not only to make the election a referendum on Joe Biden, but to do so by presuming no knowledge on the part of voters — which means stating every fact simply, clearly, and repeatedly.

Done correctly, it could result in a Trump landslide — and, best of all, mass apoplexy for Democrats.