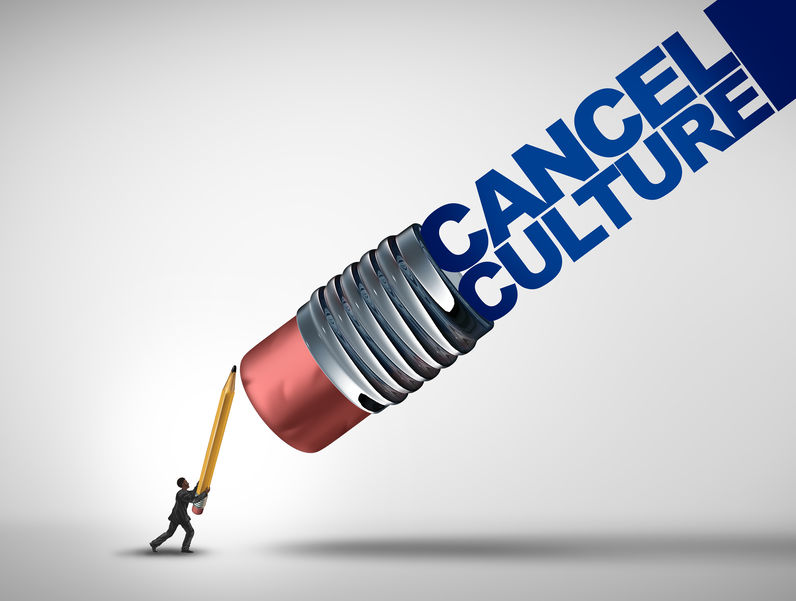 There’s finally some encouraging new evidence that a few leftward-leaning media and academic establishment types are becoming “woke” to growing perils and punishments for ideological blasphemy.

Last Thursday, even the moderate Wall Street Journal editors posted “A Note to Readers” that “These pages won’t wilt under cancel-culture pressure.”

The notice was issued in response to a leaked letter signed by 280 of their “colleagues” that criticized allowing conservative viewpoints in their opinion section.

Earlier this month, Bari Weiss, a prominent New York Times reporter resigned, doing so with a scathing open letter that charged she had been “the subject of constant bullying by colleagues who disagreed with my views,”  and that she had been called “a Nazi and a racist” by them.

She wrote, “Twitter is not on the masthead of The New York Times, but Twitter has become its ultimate editor.”

In addition, Weiss referred to the paper having increasingly become “a kind of performance space” where stories are selected and presented in a way to “satisfy the narrowest of audiences, rather than to allow a curious public to read about the world and then draw their own conclusions.”

Also in April, about 150 writers, mostly clearly of liberal persuasion, finally mustered up the nerve to publish “A Letter on Justice and Open Debate” in Harpers magazine which calls for addressing an increasingly stifling climate of illiberality that has set in on all sides of issues.

The letter signatories warn that “[appropriately righteous] powerful protests for racial justice and demands for police reform, along with greater equality and inclusion” have also led to an “intensified new set of moral attitudes and political commitments that tend to weaken our norms of open debate and toleration of differences in favor of ideological conformity.”

The Harpers letter observes that the free exchange of information and ideas which constitute the vital lifeblood of a liberal society is daily becoming ever more constricted. Censorship is spreading, as are an intolerance of opposing views, a vogue for public shaming and ostracism, and the tendency to dissolve complex policy issues in a blinding moral certainty.

They write, “We uphold the value of robust and even caustic counter-speech from all quarters. But it is now all too common to hear calls for swift and severe retribution in response to perceived transgressions of speech and thought.”

For example, “Editors are fired for running controversial pieces; books are withdrawn for alleged inauthenticity; journalists are barred from writing on certain topics; professors are investigated for quoting works of literature in class; a researcher is fired for circulating a peer-reviewed academic study; and the heads of organizations are ousted for what are sometimes just clumsy mistakes.”

As boundaries of what can and cannot be said without threat of reprisal continue to narrow, writers, journalists and artists have come to fear losses of livelihoods if they dare to depart from the consensus, or even lack sufficient zeal in agreement.

Writing in The Wall Street Journal, theoretical physicist Lawrence Krauss discusses how the ideological aggression of the cancel culture is suppressing and corrupting scientific inquiry.

Krauss observes that “academic science leaders have adopted wholesale the language of dominance and oppression previously restricted to ‘cultural studies’ journals to guide their disciplines to censor dissenting views, to remove faculty from leadership positions if their research is claimed by opponents to support systemic oppression.”

A group of protesters used a strike at Michigan State University to force the resignation of its vice president for research, Stephen Hsu, for his crime of studying how human genetics might influence cognitive ability — something they charged smacked of eugenics. Hsu was also sinfully accused of supporting psychology research at MSU on statistics of police shootings that didn’t clearly support claims of racial bias.

A group of linguistic students initiated a public petition asking that the psychologist Steven Pinker be stripped of his position as at the Linguistics Society of America for such offenses as tweeting a New York Times article they disapproved of.

A distinguished chemist in Canada was censored by his provost for arguing in favor of merit-based science and against hiring practices that aim at equality of outcomes if they result “in discrimination against the most meritorious candidates.”

Dr. Krauss believes that many scientists hold back in defending hard sciences from such corrupting intrusions by witnessing what happens to those who do. Krauss writes, “They see how researchers lose funding if they can’t justify how their research programs will explicitly combat claimed systemic racism or sexism.”

Also writing in The Wall Street Journal, Gerard Baker observes that “in classrooms, newsrooms and boardrooms across the country, you can almost hear the silence as people internally check what they say in the knowledge that if they cross the line they’ll be publicly denounced and very likely terminated.”

Lamenting that this darkness has indeed claimed democracy, Baker then asks, “Will democracy, real democracy, where people can still find a place to express dissent, survive the darkness that will fall on them?”

We might all wonder, and perhaps find light in courage to expose the tyranny.