IT’S ALL BEEN PLANNED: PREPARE FOR THE GREAT RESET 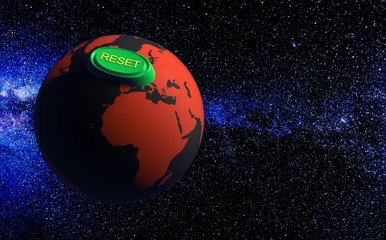 IT’S ALL BEEN PLANNED: PREPARE FOR THE GREAT RESET

The Great Reset has already been planned and it’s coming.  Everything is set up and planned to the smallest detail and it will happen. This plan has been in the making for a long time and it doesn’t matter who sits on the throne.

Greg Mannarino: It’s Critical To Understand That The Goal Is “Full Control By The Federal Reserve”

It has become critical to understand that the goal is total and complete control of the entire world by those who own the Federal Reserve. Until that’s realized, people will remain slaves to others and submit to the psychological and spiritual warfare these sociopaths have been waging on us for centuries. 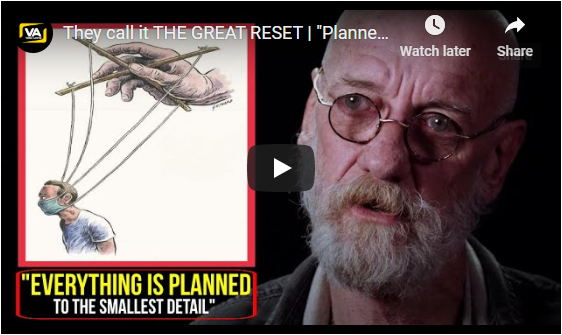 The Great Reset will not be in your best interest. It will eliminate all forms of freedom and individuality and reduce humans to permanent slaves of the global ruling class. Americans are already primed for accepting this as their reality too.  While they bicker over which puppet the Federal Reserve will put on the throne, the economy is being dismantled to bring in the totalitarian regime needed to enslave them.

“To think they put this plan in place just now as a response to COVID…You have to have rocks in your head, folks,” says Max Igan.

And as far as the dollar is concerned and the United States as a country, it’s over. It’s done. You can stick your head in the sand all you’d like but that doesn’t change the facts. Americans gave up their individual sovereignty a long time ago, so the takeover by the Federal Reserve was all too easy. “This country has fallen in every way a country can fall,” says Mannarino. It will get worse too.

“It does not matter. I don’t care what you say or what you believe or what you even think. That’s the truth. It does not matter who sits behind the resolute desk. Once you understand that, once you realize that the Democrats, the Republicans, and the president, it’s all theatre for you. So you can sit there and praise one, hate the other…once you realize you’re being played like a grand piano, cuz you have a small mind, then you’ll be a lot better off. Until that point, you are just done, just like America.” 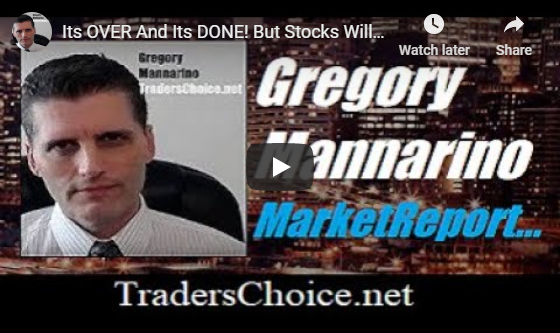 The Federal Reserve is taking over the world and every day they get stronger as their puppets in government call on them to issue more debt.  How people still can’t see this is beyond comprehension. The government is owned by the Fed and they will choose the puppets that will advance their agenda to rule and own the planet.

Greg Mannarino continues to say that this is NOT about politics. It hasn’t been for a long time. The Federal Reserve has owned the government for a century and the government we see is nothing more than an act being carried out for those who refuse to look behind the curtain.

It All Comes Back To The Federal Reserve: The NWO Is Being Shoved Down Our Throats

“You can take this how you want to, cuz I frankly don’t give a damn. The president did a 180 and now he’s urging people to wear their mask. Mr. President, can you read between the lines?” asks Manarinno as he holds up his three middle fingers. He isn’t wrong. Trump quickly flipped the side of the New World Order, but I wager he’s been on the side the whole time, just playing the part the banking cartel needed him to play to keep his supporters docile and in line for as long as possible.

“Being that we understand the mechanism here, being that we realize that all of this; the scamdemic, the putting people against each other, is all a mechanism to divide and conquer, to create this two-tier society that we are fully moving towards at light speed, NO, warp speed, like the president’s vaccine that he wants you injected. The president, honestly, right now, and I’m not putting him down! But if you cannot handle the truth close the video.” –Greg Manarinno

This is where you’ll want to stop reading if you are easily triggered by puppets being called out for who and what they truly are.

The Federal Reserve is buying the world and Americans are distracted by which puppet will be controlled by the banking cartel for the next four years. People are waking up, but some have never been deeper in slumber.