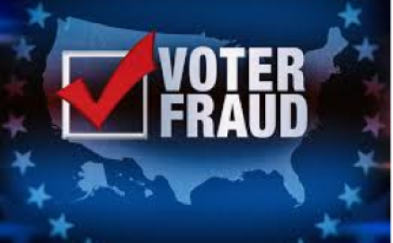 We have been witnessing a great deal of violence on our streets as a result of Marxist organizations using the death of George Floyd as an excuse to destroy sections of their cities.

Communist-led terrorists are coming together as militia advocating the BLM mantra and in response we are beginning to see the so-called opposition forming militias of white citizens to counter the other groups. This is a very dangerous mix and is all part of a larger agenda to create chaos, which would lead to the demand for law and order, and ultimately, a nationalized police force.

One of the main triggers for all of the chaos will be the election this fall. We are already seeing the pretext for mayhem in how the elections are being structured to greatly increase mail-in balloting. With the excuse of the pandemic more and more areas, particularly those controlled by democratic administrations are pushing for mail-in voting.

Voting is already flawed by various types of voter fraud, and administrative errors. In light of the plans to greatly expand mail-in balloting, this election has the potential to be the most controversial election in the history of the country. With the media and leftists around the country setting the stage for doubts as to the legitimacy of a Trump re-election, there is a great possibility that we will see widespread violence if he is re-elected.

The only partial solution to this dilemma is to work to have our elections done in person at the polls and not by mail.

The excuse for mail-in voting is all due to the pandemic and not wanting people going to the polls. There is a very real possibility that many of these pandemic rules will be lifted after the election because they are being imposed to skew the election through mail-in balloting.

If enough people understand what’s going on and have eyes on their local election officials then much of these problems that can happen won’t happen.  These criminals don’t like exposure and move a lot slower in their criminal activity if they feel that they are under close scrutiny.

Never do anything recommended by the Committee or its appointed officials that is contrary to your judgment or conscience.

“Government is not reason; it is not eloquence; it is force.  Like fire it is a dangerous servant and a fearful master.”  – George Washington

NOTICE: Due to Presidential Executive Orders, the National Security Agency (NSA) may have read emails without warning, warrant, or notice. They may do this without any judicial or legislative oversight. You have no recourse, nor protection. If anyone other than the addressee of this e-mail is reading it, you are in violation of the 1st & 4th Amendments to the Constitution of the United States.

Patriot Act and H.R.1955 Disclaimer Notice: This post and all my past and future posts represent parody and satire and are all intended for entertainment and amusement only.