GLOBAL WAR TENSIONS RISE: WHO IS BLOWING UP IRAN? 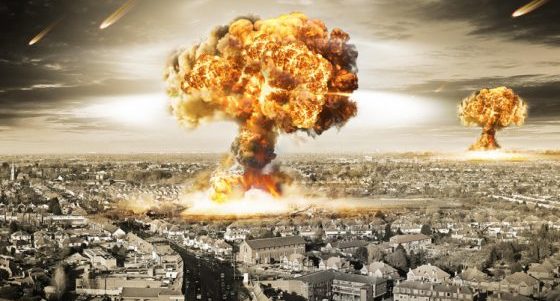 GLOBAL WAR TENSIONS RISE: WHO IS BLOWING UP IRAN?

These tensions, for all intents and purposes, do not feel organic in the least. The mainstream media is hyping up the war rhetoric too, so it’s time to be alert for a potential staged third world war.  The artificial tensions are there, and most outlets are claiming Israel is blowing up Iran. 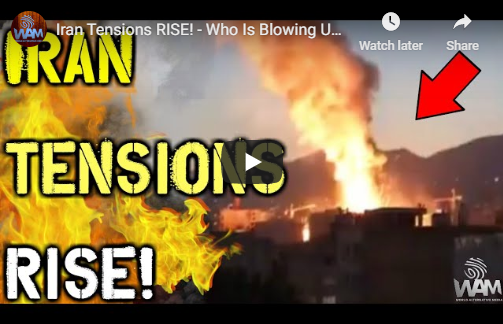 Israel is involved in an extended campaign to pressure or damage Iran before President Donald Trump can be voted out of office in the November election, a former Israeli defense official and a current European Union intelligence official told Business Insider.

The United States and China are also ratcheting the tension to bowstring tight levels.  At some point, retaliation will happen.  Be prepared.  This is going to get ugly unless all militaries of the world refuse to fight each other, and we know that won’t happen. This all feels staged and if there’s ever a time to wake up and refuse to participate in these banker funded wars, it’s now.

As Josh Sigurdson from World Alternative Media reports, the rising tensions between Iran, the United States, and the rest of the world continue as countless Iranian sites are mysteriously blown up. Iran has not blamed the United States as of yet, however, it appears as though they’re trying NOT to fall into the war trap being set for them.

It is apparent that after a tragic few months of economic mayhem, the monetary system needs a war. The military-industrial complex certainly would love nothing more than to do vast deficit spending and printing to prop up the stock market even more artificially. It would be the perfect end to the worst year, 2020. Another massive conflict to get people on their knees and to allocate more power to the central planners.

Please use this time to educate yourself about who and what the Federal Reserve is doing, with the help of the U.S. government. The more you know, the better you’ll be able to prepare.

Greg Mannarino: It’s Critical To Understand That The Goal Is “Full Control By The Federal Reserve”

It All Comes Back To The Federal Reserve: The NWO Is Being Shoved Down Our Throats

“Government is organized crime,” says Sigurdson, and the Federal Reserve is funding this. This will be a massive tragedy, and it’s nothing short of terrorism committed by the government and central banks, who, once again, are working together to do this. We live in disturbing times, and those who are pushing the New World Order are not going to stop.  It is up to us to figure this out. We won’t be told the truth by anyone who is an authority, and that should be obvious by now.

Don’t feed the fear, feed your preps. Keep your eyes open so you know what’s happening, and can take adequate preparedness steps. They need you to stay in a state of fear, but it’s better to be free, prepared, and live your life on your terms.  Do not let them convince you to commit violence for them.

“The terrorist networks we know as government knows no bounds.” -Josh Sigurdson