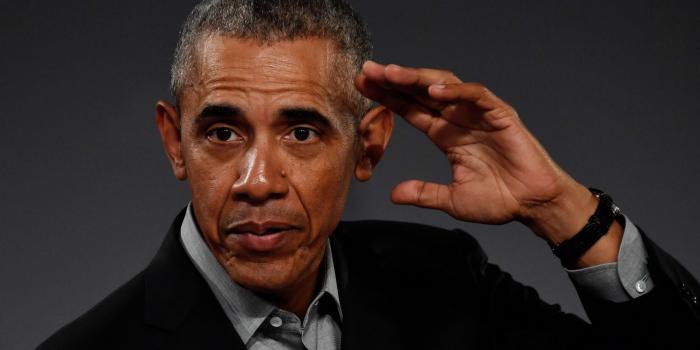 On his nationally-syndicated radio show on Thursday, conservative host Mark Levin contrasted the coronavirus pandemic with the Obama-Biden administration’s response to the 2009 swine flu epidemic, especially its decision to stop testing.

Levin replayed a C-Span clip from May 2019 in which Ron Klain, a former chief-of-staff for Biden, says that the Obama-Biden response team “did every possible thing wrong.”

We had a bunch of really talented, really good people working on it and we did every possible thing wrong and 60 million Americans got H1N1 in that period of time.”

“The rationale given for the CDC guidance to forego testing and tracking individual cases was ‘why waste resources testing for the swine flu when the government has already confirmed that there is an epidemic?’”

Below is a transcript of the segment:

Levin: Take it back to the beginning. I want to hear how many millions of Americans got the swine flu. Go ahead.

Ron Klain: I just have a couple things, I was in the White House in 2009-2010. I was working for Vice President Biden, I wasn’t involved directly in the H1N1 response, but I lived through it as a White House staffer. And what I will say about it is — a bunch of really talented, really good people working on it and we did every possible thing wrong and 60 million Americans got H1N1 in that period of time.

Levin: Did he say 60 million, Mr. Producer? Sixty million Americans got the H1N1 swine flu? Sixty million Americans? Well, why didn’t they prevent it? Why didn’t they have everybody hunker down? Where was Dr. Anthony Fauci? I don’t remember all the press conferences with Obama, Biden, and Fauci. Do you, Mr. Producer? I don’t. And Fauci was there; he was still head of the infectious disease arm of our federal government; he was the head, just like he is now. We didn’t listen to the “Fauc.” We didn’t hear him. And he said, Ron Klain, Biden’s right hand man, “We got everything wrong.”

This is why CNN doesn’t play this. Fox needs to play this. MSNBC doesn’t play it. The New York Times. The Wa — They all ignore it because it doesn’t build into their narrative. Go.

Klain: “And it’s just purely a fortuity that this isn’t one of the great mass casualty events in American history.  It had nothing to do with us doing anything right. It just had to do with luck. And so if anyone thinks that this can’t happen again, they don’t have to go back to 1918. They just have to go back to 2009, 2010. Imagine a virus with a different lethality, and you can just do the math on that.”

Levin: Is that not incredible? Has Fauci been asked this? All the interviews and now he’s doing photo ops, Mr. Producer. We got a pandemic and the guy in charge of monitoring it and dealing with it, he’s doing photo ops around a pool with sunglasses on.

Now what’s the other thing I brought up early in the week about this? Testing.

“In late July,” so I repeat, “in late July, the CDC abruptly advised states to stop testing for the H1N1 flu and stop counting individual cases.”

That was Sharyl Attkisson for CBS News, reported in 2009.

“The rationale given for the CDC guidance to forego testing and tracking individual cases was ‘why waste resources testing for the swine flu when the government has already confirmed that there is an epidemic?’” Sharyl Attkinson reported, ”some public health officials privately disagreed with the decision to stop testing and counting, telling CBS that continued tracking of this new and possibly changing virus was important because H1N1 has a different epidemiology, affects younger people more than seasonal flu, and has been shown to have a higher case fatality rate than other flu virus strains.”

John Jakubisin is a CNSNews intern and currently studies at Christendom College in Front Royal, Virginia; he is pursuing a Bachelor of Arts, majoring in political science and economics. At Christendom College, he is a vice president within the student activities council.

The media are hard at work weaving a web of confusion, misinformation, and conspiracy surrounding the COVID-19 pandemic.

CNSNews covers the stories that the liberal media are afraid to touch. It drives the national debate through real, honest journalism—not by misrepresenting or ignoring the facts.

CNSNews has emerged as the conservative media’s lynchpin for original reporting, investigative reporting, and breaking news. We are part of the only organization purely dedicated to this critical mission and we need your help to fuel this fight.

Donate today to help CNSNews continue to report on topics that the liberal media refuse to touch. $25 a month goes a long way in the fight for a free and fair media.

And now, thanks to the Coronavirus Aid, Relief, and Economic Security (CARES) Act, you can make up to a $300 gift to the 501(c)(3) non-profit organization of your choice and use it as a tax deduction on your 2020 taxes, even if you take the standard deduction on your returns.