Al Gore’s “carbon free” is about controlling the private sector 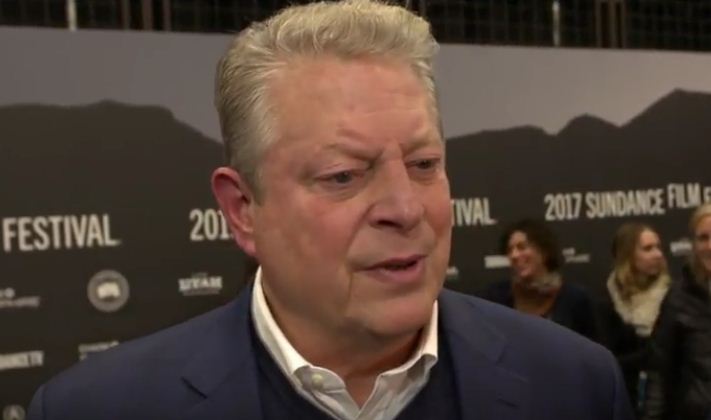 Al Gore’s “carbon free” is about controlling the private sector

Al Gore is the gift that keeps on giving – if you want to reveal the ongoing colossal banality and hypocrisy of the climate crisis movement that he has long championed. His latest example is trying to dress up like an expert on capitalism while actually pushing command and control policies on businesses to obey his climate agenda.

The former Vice President of the United States and his business partner David Blood co-authored an article last week in the Wall Street Journal purportedly about how the coronavirus opens the opportunity for better decision-making and corporate governance toward a zero carbon economy.

The article meanders for a while with buzzwords about how business and profitability gel with a climate change agenda, using words like “fiduciary duty,” “sustainable capitalism,” and “long-term perspective.”

The punch line of climate control arrives near the end, when the authors give away their power-wielding impulse: “Finally, we want CEOs to accelerate their efforts on climate action” (emphasis mine). They also demand that “[a]ll investments made today must factor in long-term climate and societal implications.”

Make no mistake, climate change policies demanded by Al Gore, Alexandria Ocasio-Cortez, Nancy Pelosi and many others in and out of government are about imposing climate rule in every corner of America, which will harm every non-wealthy American’s standard of living.  And, for what?  To supposedly reduce average global temperature by one degree three decades from now?  Still, Gore and Blood want every business, meaning the entirety of the private sector, to obey its climate dogma: “Business and investors can and must do more” to get to a “zero-carbon economy.”

Credit Mr. Gore this much – he has had quite a post-political career profiting in the global warming industry. It has been nearly 20 years since Gore was Vice President and he has cashed in better than most ex-politicians to the point where he is worth approximately $330 million. Other ex-VPs, Walter Mondale, Dan Quayle, Dick Cheney and the rest are comparative paupers.

Gore has never stopped being a politician since leaving the vice presidency. He has done well influencing government policy and contracts that have enriched him while perpetuating a boy-crying-wolf narrative about climate catastrophe, even as he moves the goal posts for when climate doom hits.  CFACT has well documented Gore’s litany of false claims and shattered climate predictions.  Yet, he deigns to demand the entire private sector follow his junk science.

Gore’s all too familiar tactic is evident in this article. He asserts as fact the bogus connection between climate change and the “shocking wildfires that have struck Australia, California and the Amazon in recent years.” CFACT has repeatedly exposed this falsehood, as has Michael Shellenberger, a former climate alarmist, in his new book, Apocalypse Never.

Like an expert politician, Gore’s effortless fabrications range between smooth and hysterical. The non-connection between climate and wildfires doesn’t stop him from writing it (or the editors of the Wall Street Journal from publishing it). Nor does Gore ever substantiate how temperatures are “rising to truly catastrophic levels.” He says it, and that’s it – all genuine scientific evidence and long-term global temperature history to the contrary.

While Al Gore and David Blood make demands of the private sector, their own corporate citizenship is seriously in question. In 2004 they founded their investment firm, Generation Investment Management, which has profited from their global warming claims.

As was pointed out in the Michael Moore film, Planet of the Humans, Gore lobbied for the bio-fuels industry while he feigned ignorance before a Senate committee about indigenous people in the Amazon River basin being forced from their homes as deforestation made way to produce ethanol from sugar cane. He also made a fortune selling his ephemeral television station to the Al-Jazeera network, which is financed by the oil kingdom of Qatar.

While Gore preaches “sustainability” and claims carbon producing fossil fuels are overheating the planet, he profited in the millions by selling out, not to a mere oil company, but to an oil country. Yet, none of this keeps him and Mr. Blood from demanding corporations and the private sector obey their climate edicts to reduce carbon. The irony and hypocrisy astounds.

Like the tobacco companies in past generations, which profited from the lie that smoking was not a deadly health threat, Al Gore has made his hundreds of millions perpetuating climate lies and embellishments. With his lavish lifestyle and fortune secure, he now demands capitalism recede to an impossible and unnecessary carbon-free existence. In fact, Gore’s vision, like that of AOC and many others, is not to transform capitalism, but to subjugate.