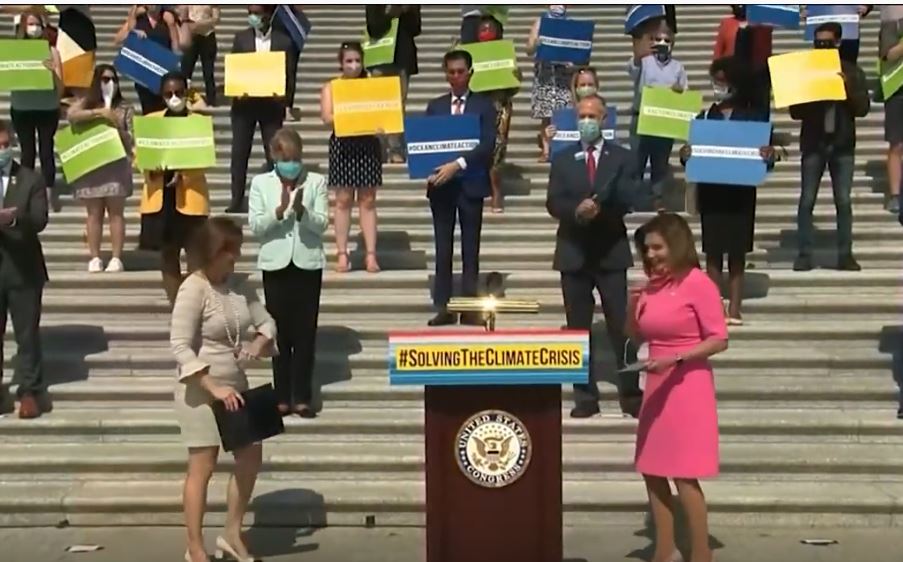 Ironically, Michael Shellenberger also posted a dramatic apology this week on behalf of environmentalists (like him) that have been misleading the public about climate change. His post has been mysteriously appearing and disappearing at Forbes. He then posted a second hard-hitting piece at Forbes that details the tremendous cost and dirty ecological footprint that could be a consequence of ramping up renewable energy use along the lines the Democratic plan imposes. It would mean rough times for the energy poor and devastation for endangered species, particularly birds:”

University of Chicago economists found that “consumers in the twenty-nine states paid $125.2 billion more for electricity” because of them…“Birds have evolved over hundreds of years to fly certain paths to migrate,” said New Hampshire-based environmentalist Lisa Linowes. “You can’t throw a turbine up in the way and expect them to adapt. It’s not happening…”  The rapidly spinning blades of wind turbines act like an apex predator that big birds never evolved to deal with. And because big birds have much lower reproductive rates than small birds, their deaths have a far greater impact on the overall population of the species.

Dr. Jay Lehr addresses the Democrat climate plan at CFACT.org and spotlights a disturbing new trend; morphing everything on the left-wing wish list into a “health crisis.”

A good deal of the Democratic plan is aimed at public health. They are enforcing the idea that the impending warming of the earth will create physical and mental health problems which their plan will attempt to avert. In fact their plan itself creates alarm where there should be none and can have a real negative impact on human health brought on by unwarranted fear.

As Jay Lehr sums it up:

The Democrats are taking alarmism through legislation to a new and unfortunate level for the nation as a whole. They control the Congress and if they gain the White House there is little doubt they will endeavor to implement this technically insane plan.