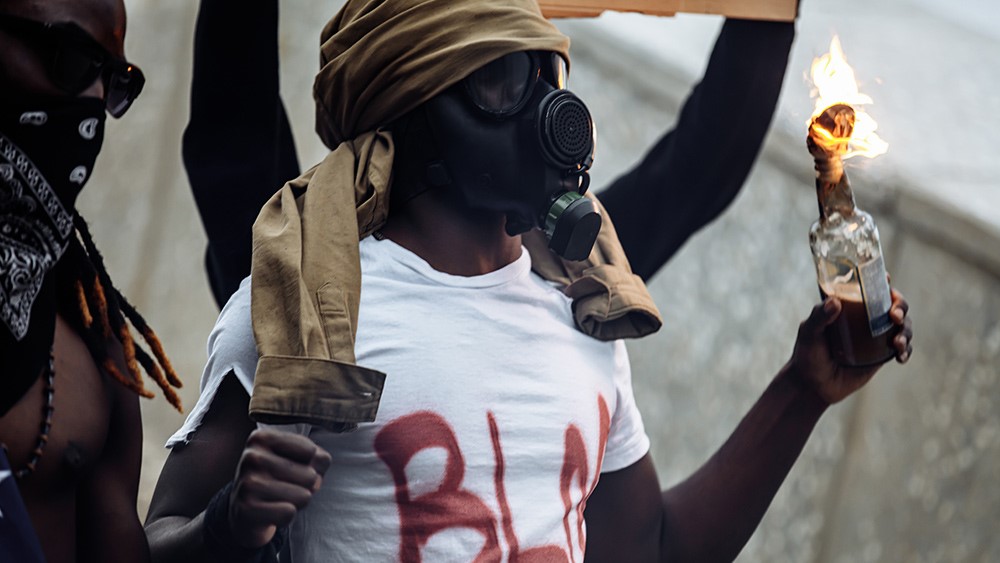 Corporations first formed in America in the 1790s, quickly rising to be the fulcrum of the economy. Corporations grew to play a major role in the political identity of the country, through the Industrial Revolution and the Gilded Age. Then came World War II, and America would never be the same again. Corporations processed food and coated it with pesticides that cause cancer and dementia. Corporations chemicalized medicine and falsified vaccine research. Now, the most powerful corporations are funding the overthrowing of the U.S. Government and Trump, merging forces with Deep State operatives and the social media tech giants. What are Bill “Death Vaccine” Gates and evil George Soros writing on the billionaire’s communist playbook chalkboard at the meeting today? Does it contain the letters B, L and M, and in that order?

Will Black Lives Matter and their leaders in Communist China overthrow the country, whether Trump wins or loses in November?

Without a President to wage unnecessary wars, sell weapons to terrorists, and fund the military industrial complex, the crooked Democrats have turned to Communists to overthrow their own country and the guy in charge who won’t help them launder billions from American taxpayers. So, whether Trump wins or loses in November, there will be a war… a big giant war.

Thousands upon thousands of Americans, White and Black, have been duped by the Black Lives Matter front, a terrorist organization that George Soros and nearly 300 major U.S. corporations fund in order to recruit petty mercenaries to do their communist bidding.

The goal? Disrupt America to the point that most voters believe it’s all because of Trump. Strategy? Blame Trump for a race war, while using emotional Americans as pawns to lead the charge of destroying America, with Antifa and BLM as their emblems of false-righteousness, claiming slavery reparations are due to them (even though rich white dudes would collect it all anyway).

Yes, the billions in funding for all of this domestic terrorism is thrown right in your face – by the corporations that sell you most of what you purchase daily

Most Americans, if you tell them right now that hundreds of corporations they know well are supporting domestic terrorism, they’ll call you a conspiracy theorist. They simply can’t believe it. They won’t. These are the same people who couldn’t possibly fathom the U.S. government spying on their every phone call, email and social media post, that is, until Edward Snowden came along, and completely exposed the NSA spy prism. My oh my, did those “conspiracy theorist” tables turn on that day.

According to a Public Affairs Council survey taken in 2015, two-thirds of all Americans think huge companies and organizations make products that are safe for the environment, good for health, and supportive of communities. Puke.

Those food and “health-related” companies are now openly funding terrorism on U.S. soil, including shootings, murders, rapes, and arson during BLM and Antifa protests (riots). We’re talking about companies and corporations that make toxic food and deadly medicine. The utter destruction of cities, lives and businesses is now funded by American corporations that want to eliminate all police and release every convict from every prison in the country, at once.

The Democrat Party wants every city in America to look just like the CHOP/CHAZ zone in Seattle, so they can blame Trump for a horrible racist country that’s out of work and chaotic.

Take a quick look to see if you recognize any of — or nearly all — the companies on this shortlist from the 270 terrorism-supporting U.S. companies that want to eliminate the Constitution, overthrow the President, turn America into a Socialist hell, then take your guns and force vaccinate you and your children to death:

Anyone notice a pattern? It’s all the corporations that ‘feed the fix’ for when there are virus lock downs and riots everywhere. You’ve got mind-numbing video games, propaganda-laced movies, virtual web-meeting software, toxic children’s food and pornography. Wow. Do you think these corporations are planning to stop funding cancer, idiocy, perversion and terrorism in the USA any time soon? It’s time to take control of your mind and your body. Wake up. Defend liberty.

Here’s a paid terrorist running over protesters on the highway in Seattle:

Tune your internet dial to Trump.news for updates on U.S. Governors who are also paid terrorists that support Antifa, BLM, and the Communist China takeover of America. Realize that not one single Democrat politician anywhere in America denounces this violence because it’s all in the name of overthrowing Trump and turning America into one huge Venezuela, and it’s all funded by Soros and about 270 evil American Corporations.

It ain’t no “conspiracy theory” any more, folks. Corporate America is now FUNDING open terrorism across America with money funneling to Black Lives Matter extremists, who are shooting and killing innocent people.