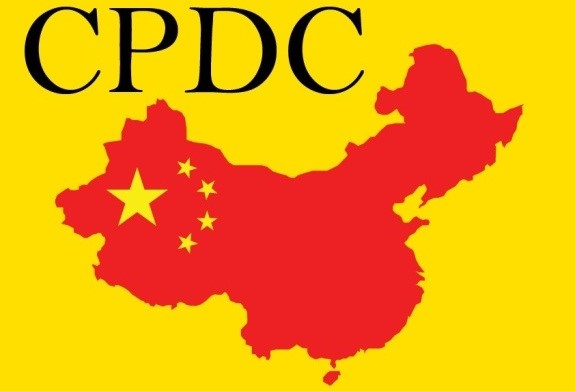 Our friends at the Committee for the Present Danger: China have been sounding the alarm about the Communist Chinese infiltration of Wall Street and the use of our own financial markets to fund their battle against us for world economic and military supremacy.

For nearly a year, the “Committee on the Present Danger: China” has been warning (for example here) about the Chinese Communist Party’s penetration of our capital markets, and in the battle to at least push the enemy back outside the wire we’ve won some victories.

In May the White House directed the managers of a federal pension fund to halt investments in Chinese stocks. President Trump and Labor Secretary Eugene Scalia told the plan managers for federal retirement savings investing in Communist Chinese stocks would place billions of dollars “in risky companies that pose a threat to U.S. national security.”

Last week the Senate overwhelmingly approved legislation that could lead to Chinese companies being barred from listing on U.S. stock exchanges if they cannot show they are not under the control of the Communist Chinese government.

According to reporting by Bloomberg, the bill, introduced by Senator John Kennedy, a Republican from Louisiana, and Chris Van Hollen, a Democrat from Maryland, was approved by unanimous consent and would require companies to certify that they are not under the control of a foreign government.

U.S. lawmakers have raised red flags over the billions of dollars flowing into some of China’s largest corporations, much of it from pension funds and college endowments in search of fat investment returns. Alarm has grown in particular that American money is bankrolling efforts by the country’s technology giants to develop leading positions in everything from artificial intelligence and autonomous driving to internet data collection.

But there’s a lot left to be done.

“The Pentagon’s announcement that there are twenty well-known Chinese companies who have embedded their businesses in the U.S. financial system while selling products to U.S. consumers who are controlled by the Chinese Communist Party and the People’s Liberation Army is not a shock.  What is a shock is that our government hasn’t taken immediate action to sever the access of these foreign spy operations to the U.S. capital markets at the very least.

“Many have heard the names of Huawei, China Telecommunications Group and China Railway Construction Corporation, but even a company with a benign name like Panda Electronics which sells earbuds and other consumer electronics over Amazon has a sinister side through their electronic surveillance business. Not only are they tied to assisting the North Korean government repress its people, but as a PLA agent, it is reasonable to assume that their creations are being used to repress and put down the freedom movement in Hong Kong.  And while Panda is traded on the Shanghai Stock Exchange and to date there are no restrictions on U.S. financial asset managers from investing American pension dollars into companies which are full-fledged enemies of freedom.

“As we watch the Chinese government’s ending of Hong Kong’s agreed upon quasi-independence on July 1, the very least the federal government can do is cut these cancerous 20 companies out of the U.S. financial systems, meaning ending the capitalization of repression by companies like BlackRock and other massive investment houses.  One thing that could be done immediately would be for the U.S. Department of Labor to issue an emergency guidance to private pension fund managers that these companies are not suitable for inclusion into any pension portfolio mandating divestment.  Why are they not suitable?  If the fact that these companies are dedicated to the destruction of the United States is not enough,  it is obvious that a company controlled by the Chinese Communist Party is not going to provide the transparency to allow a prudent investor to determine if it is secure enough to meet the standards for pension investing established by law.  The Labor Department could end all private U.S. pension investment in these twenty Chinese agents under a corporate cover with a simple one-page guidance update to pension managers.

“President Trump took meaningful action when he ended the push for U.S. federal employee and military pensions to be invested in Chinese companies seeking to build the weapons that are aimed at America, now the rest of the federal government needs to follow suit by ending private sector investments in these risky and dangerous entities.  China is not playing a game, and it is time for America to wake up to the threat.  On a personal level, the next time you go to Amazon to buy electronics or other goods, dig deeper to find out where they are made.  The best way to stop the Chinese regime which uses child and slave labor to make many of the products we buy, is to just say no when you see it is made in China.  Perhaps if Americans lead the way, our financial leaders will follow as their blood-soaked investments in China have a hard time finding buyers.”

We agree that is past time our government opened a new front in the Cold War with Communist China and took the steps necessary to bar companies owned by the Communist Chinese government or its People’s Liberation Army from access to U.S. capital markets.

We urge CHQ readers and friends to call the White House (202-456-1111) to demand that the President use his executive authority to prohibit companies owned or controlled by the Chinese Communist Party, the Red Chinese government, the People’s Liberation Army of China and other Chinese military and intelligence entities from accessing U.S. capital markets.