Climate dogma is worse than you think 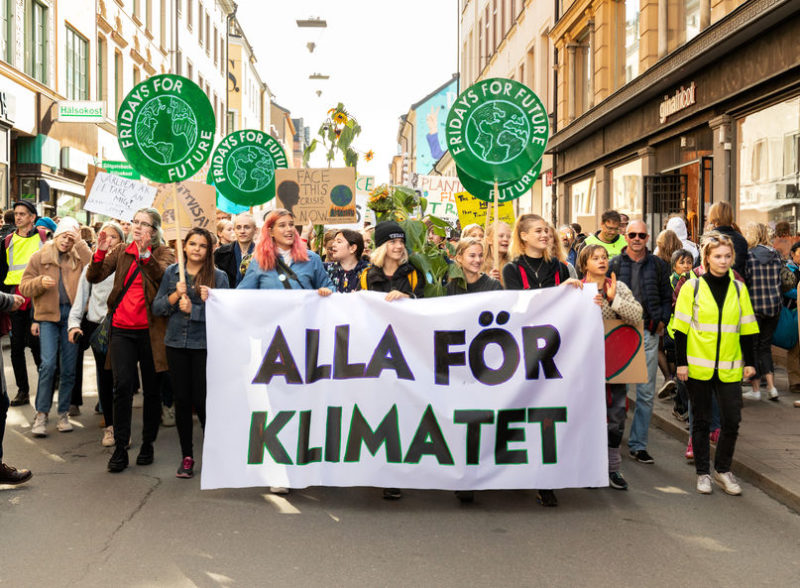 Climate dogma is worse than you think

It should be no surprise to any reader of CFACT essays that what our youth are being taught about energy is totally wrong. In one of the great ironies of history, a frantic global movement to eliminate fossil fuels – the foundation of modern life – has achieved comprehensive power throughout the developed world at the very moment when the supply of these resources, especially in the United States, has exploded.

America has more recoverable energy supplies than any nation – by far. We have more oil and natural gas than all the OPEC nations along with Russia, China and Iran COMBINED. Thanks to the shale oil and gas revolution due to horizontal drilling and hydraulic fracturing we likely have many, many centuries of reserves. Contrary to false media reports, no documented environmental problems have ever resulted from these revolutionary technologies.

Sadly, school children are the target of propaganda about saving the planet with alternative energy sources, and many Americans believe the Green fairytale that things were better in the past than they are now. In fact anyone who thinks that we can get the power we need for our modern society from “clean, renewable” sources like wind, solar and biofuels is living in a world of make believe. For many centuries mankind relied on what is now called “renewable energy”, windmills, wood, water and sun. The notion that green energy is in its infancy is really laughable. Chris Horner at the Competitive Enterprise Institute liked to say you can build windmills with steel, but you can’t build steel with windmills.

Fossil fuels have vastly improved human life across the world, releasing whole populations from abject poverty. But now that energy is more abundant than ever, it has come under severe and unrelenting assault. Europe has started deindustrializing. The governments of many of the most developed countries in the world have mandated as rapid a new transition as possible from carbon rich energy to zero carbon. The inherent limitations of wind and solar power are nothing less than the physical laws of the universe. We are therefore facing a regression to the limited energy horizon of preindustrial societies.

Never before have the rulers of a society intentionally driven it backward to scarcer, more expensive, and less efficient energy. Green energy policies assume centralized control of the sources, production, and consumption of energy, and that means centralized control over all economic activity and consumer choice. In contrast, those who have gained the most from the economic growth brought on by inexpensive fossil fuel energy have not been the wealthiest of a century ago but the poorest. For the first time the economy performed for the People instead of mainly the Privileged. The average worker and most impoverished have benefitted from the industrial revolution brought on by inexpensive energy. Most green energy policies undermine human progress. They are regressive, disproportionately hurting low and middle income families by driving energy prices higher, thus eroding their standard of living.

Many cultural historians contend, and I agree, that present day radical environmentalism is the successor to the failed Marxist socialist ideology. Among them Paul Johnson in his September 18, 2008 Forbes article, The Nonsense of Global Warming said, “the idea that human beings have changed and are changing the basic climate system of the Earth through their industrial activities and the burning of fossil fuels …………..like Marxism, is a political theory of actions demanding compliance with its rules.” Every Policy prescription for addressing climate change calls for more government control.

When the EPA asserted power over carbon dioxide-a benign natural gas and ubiquitous byproduct of human activity- the late Charles Krauthammer said it had seized the commanding heights of the economy and society. He wrote in the Washington Post that “Global warming is a creed, a faith, a dogma that has little to do with science.”

In space scientist Robert Zubrin’s excellent book Merchants of Despair, he explained that what must be limited by the anti-human forces aligned against us, is not resources, “but the right to use those resources,…therefore human aspirations must be crushed, and authorities must be constituted that are capable of doing the crushing.”

Whether promoted as planned austerity or more glaringly as international governance without nation states, the activities and political leaders of the climate crusade imagine “planetary management”. This is evidenced by one of the green movement’s mantras on fossil fuel: “keep them in the ground”.

Doomsday predictions of running out of food, water energy and other resources necessary for human survival, are a regular feature of human history in the battle of good versus evil. Global warming would seem like just another one. But it is not. It’s infiltration into our cultural, financial, academic, media, legal and religious institutions is unprecedented. This is dogma much worse than we have ever experienced.

Shrinking our “carbon footprint” is assumed to be a moral good. It is not. It is in fact the increase in carbon dioxide in our atmosphere that has resulted in our living longer, healthier and freer lives than our ancestors did only a century ago. We must all take it seriously and resist what is truly impending tyranny. Both Aldous Huxley in his book Brave New World and George Orwell in his book 1984 for saw what its happening. I will address their prescience in an article next week at CFACT.

The primary purpose of this essay and Steve Moore and Kathleen Hartnett White’s amazing book, Fueling Freedom, from which portions of this book were based, is to wake up the nation to the fact that debates over climate and energy have no basis in science or in mankind’s well-being. Their ultimate goal is to destroy free society as we know it and to enslave us in a dystopian nightmare.

Portions of this article were excerpted directly from the book Fueling Freedom with permission of the authors Steve Moore and Kathleen White. The book is recommended as the best treatise on American energy yet written.