Clean coal is essential to America 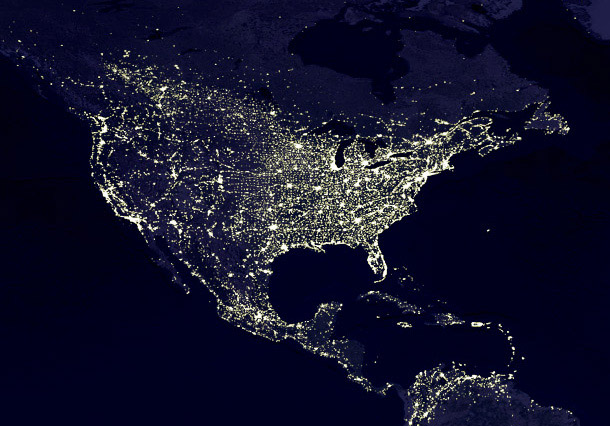 Clean coal is essential to America

In March of this year, as COVID-19 began its upward climb, the State of Pennsylvania chose to include coal mining among its “essential” activities.

This decision presumably didn’t sit well with those wanting to ban coal altogether due to environmental concerns.

The problem with their position is two-fold.

First, we can’t get rid of coal. It is essential to this nation.

As Gov. Jim Justice of neighboring West Virginia said at the time, “Coal is so essential it is unbelievable. We have to have good electricity flowing into our homes.”

Second, we don’t have to get rid of coal. We just need to make it cleaner, which is what President Trump and his Administration are doing.

To understand why coal is so vital, imagine if during the height of COVID-19′s spread, when Pennsylvania’s hospitalizations had reached their peak, the flow of electricity had been drastically interrupted. The cost to human life would have been both tangible and tragic.

Yet that is what could have happened had coal become unavailable. Indeed, coal provides around 24 percent of America’s electricity needs and about 20 percent of Pennsylvania’s.

Critics contend that coal can be replaced by emissions-free renewables like wind and solar power. Granted, there is a growing place in our electric grid for these and other sources like natural gas and nuclear energy. Under the president’s plan for innovation-driven energy dominance, we are committed to developing, producing, using, and exporting every fuel source and technology we have. Through the power of innovation, we are truly pursuing an “all-of-the-above” American energy strategy.

But what happens to renewables when the wind does not blow or the sun does not shine? Contrast that with the rock-solid reliability of coal, which is available 24 hours a day, seven days a week, and 365 days a year. In fact, during the 2019 polar vortex, coal was critical for heating homes in many of the affected areas of the nation.

And the good news is that America’s coal is as abundant as it is reliable. The United States has more coal than any other country, 474 billion short tons of it, enough to last for hundreds of years.

In short, coal contributes significantly to the energy security of Pennsylvania and the nation.

Coal is also crucial to our economic security. A strong coal future will power our manufacturing base, preserving American jobs and creating new employment and economic opportunity across the country. By some estimates, new coal production could result in up to 47,500 new coal mining jobs, while the resulting carbon products could support the creation of hundreds of thousands of new manufacturing jobs.

As the third largest coal producing state, Pennsylvania is at the heart of this economic activity. According to the U.S. Energy Information Administration, American coal exports were 54 percent higher in 2019 than in 2016, and you should be proud that Pennsylvania is playing such an important role in the expansion of American coal.

Finally, coal is vital to our national security, not just by keeping our grid up and running, but also by producing our steel and its potential to create a domestic supply chain for rare earth elements.

The United States has some of the highest quality metallurgical coal in the world to make steel, and our coal reserves contain vast quantities of rare earths which we use in items ranging from defense technology to health care and iPhones to jet engines.

As for coal’s environmental footprint, coal-fired electricity generation is now cleaner than ever and one reason is the work done by the U.S. Department of Energy. According to our National Energy Technology Laboratory, which has a site in Pittsburgh, a new coal plant with pollution controls reduces nitrogen oxides by 83 percent, sulfur dioxide by 98 percent, and particulate matter by 99.8 percent compared to plants without controls.

That is one reason the United States continues to lead the world in reducing energy-related carbon emissions.

And by continuing to drive down emissions, we do not need to eliminate coal from our menu of energy options. Rather, as we look to the future, we can make coal even cleaner.

Through a new initiative called Coal FIRST, we are laying the groundwork for tomorrow’s coal plants. “FIRST” stands for flexible, innovative, resilient, small, and transformative. We want these plants to be emissions-free.

We also seek to advance the commercial deployment of carbon capture utilization and storage, or CCUS, technologies. Perhaps the greatest hurdle to commercializing CCUS are the costs associated with carbon capture, which represent 75 percent of total CCUS costs.

We need to reduce carbon capture costs by about 50 percent and we’re engaged in world-leading research and development to produce the technologies to get us there.

American clean coal technology is essential to the future of our energy industry, our economy, and our national security.

As we emerge from the coronavirus pandemic and reopen our economy, we must apply our ingenuity to expand the use of American coal, while making it cleaner, to ensure its viability for generations to come.

Dan Brouillette serves as the 15th U.S. Secretary of Energy.