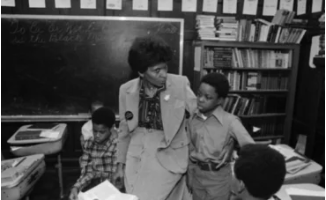 Dan Cathy, current CEO and the son of Chick-fil-A founder S. Truett Cathy, said that white Christians should repent for racism and fight for their black brothers and sisters. He punctuated his demand by shining the shoes of a black man. “That will stop racial injustice,” I said sarcastically.

I can’t repent for something people in the past have done or what people in the present are doing. How will such repentance fix so-called systemic racism or racial injustice? It can’t, and it won’t.

I will, however, fight for black people as well as for everyone else. But I will not capitulate to the new ideology masquerading as virtue that will do little for any injustice that is used against black people or anyone else. Police are like anyone else. The majority are good at what they do, and some are bad at what they do. Cain and Abel, Jacob and Esau, Judas and the eleven other apostles are a microcosm of the real world. This is never going to change.

Having said this does not mean that we should not do our best to improve the way police operate. A cacophony of voices is arguing that we should do away with the police. Would eliminating the police have stopped 25 people being killed in Chicago, with another 85 wounded by gunfire over a single weekend in May of 2020? These weren’t police shootings. In fact, criticism came from a very liberal pastor that the police were nowhere to be found:

The Rev. Michael Pfleger, a longtime crusader against gun violence who leads St. Sabina Church in Auburn Gresham, said it was “open season” last weekend in his neighborhood and others on the South and West sides.

“On Saturday and particularly Sunday, I heard people saying all over, ‘Hey, there’s no police anywhere, police ain’t doing nothing,’” Pfleger said.

“I sat and watched a store looted for over an hour,” he added. “No police came. I got in my car and drove around to some other places getting looted [and] didn’t see police anywhere.”

Mayor Lori Lightfoot said on May 31 alone, Chicago’s 911 emergency center received 65,000 calls for all types of service — 50,000 more than on a usual day. … Most homicide victims in Chicago are young, black men, and the suspects are, too.  (Chicago Sun Times)

There’s a larger problem than police or no police. There has been a dramatic shift in worldviews, a topic I and others have addressed for a long time, that could go a long way to change lives for everyone. Millions of dollars have been donated to the self-identified Marxist organization Black Lives Matter. Where is the money going? Major companies and celebrities have donated more than a billion dollars to black causes. What are they? What are the goals?

Instead of shining the shoes of black people, as Dan Cathy did, why not use the profits from your company to set up schools in some of these neighborhoods and teach basic academic and real-life skills like computer programming, plumbing, welding, electrical, carpentry, auto and engine repair, medical services ( a wide open field), truck drivers, doctors, lawyers (trained outside the establishment schools).

Classes in entrepreneurship would help.

Michael Jordan is donating $100 million over ten years. Good for him. If he wants to end “systemic racism,” however it’s defined, he should oversee similar programs in black communities. Bypass the public schools.

Set young people straight that they are most likely never going to play in the NFL, NBA, or MLB. It doesn’t mean they can’t participate in sports; it only means they shouldn’t count on sports for a career unless it’s in physical therapy, sports medicine, nursing, the legal field, marketing and promotions, coaching, etc. Here’s a good list.

Hobby Lobby spent $500 million on the Museum of the Bible. The money would have been better spent in funding solid Christian schools and opening schools in areas where the government schools are failing.

Do we really need an ark?

There are many inspirational stories of young blacks succeeding in communities with high crime and violence. There could be more. How many of you remember Marva Collins who created Westside Preparatory School, a private elementary school in the impoverished Garfield Park neighborhood of Chicago, Illinois, that opened in 1975. She taught two years in a public school in the Chicago area and was underwhelmed by the quality of education students were getting. “Collins took $5,000 (a large sum of money at that time) from her own teacher’s retirement fund and started a private school in the top floors of the brownstone in the West Garfield Park neighborhood where she lived in 1975.”

Who do you think opposed Collins and her school? Government officials that included the public schools and the teacher unions. “During the 2006–07 school year, Collins’ school charged $5,500 for tuition, and parents said the school did a much better job than the Chicago public school system, which budgeted $11,300 per student.”

Collins became well-known due to the 1981 TV movie The Marva Collins Story, starring Cicely Tyson and Morgan Freeman. You can watch it for free here.

In the end, the problem is that most of us have turned our lives over to the various civil governments—from the Federal government to county governments. They take our money, promise to solve what they perceive to be a problem, and end up making the problem worse. The present crisis we are in is more of the same.