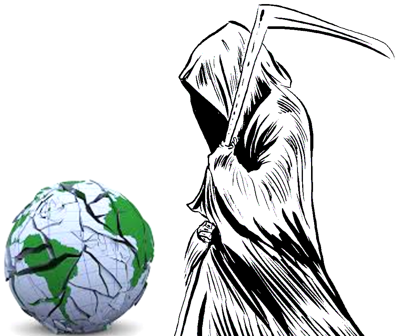 System Innovations (SI) is an online platform that tackles complex problems through systems science and technologies, changing the structure of a system rather than through individual parts.  Some of these systems include agriculture, education, and transportation from “around the world”.  Members include individuals from many countries and large U.S. cities such as New York, Seattle, and San Francisco.  This organization intends to “ReThink everything”, including the social, health, financial, urban, security, energy, water, and even political systems of the world.  COVID19 itself has even become an excuse to “ReThink” everything.  No small coincidence there.  Networking all of these systems and players together is the goal of SI.

While this organization claims it loves “detailed outcomes” that an “organization could control”, its job “is not to control and specify everything, but more to create the conditions for the desired outcomes to emerge.”  What an oxymoron.

In general a systems approach is pretty abstract and complex.  This organization’s goal is to take all aspects of the world and network them together for the benefit of all.  These hoaxers are talking about “networking” parts of the world together for a fully functional unit, implying that the world does not currently function as a unit.  In their scheme, there is no separation of parts such as nations, resources, or individualism, since they are just insignificant parts of the whole.  As Aristotle said “the whole is greater than the sum of its parts.”  Collectivism.  What they are really talking about is globalism and how to manage it.

SI released a video, “Globalization“, The Rise of Networks.  Listening to the video itself is somewhat mesmerizing, distracting with mood music and some pretty spectacular photography, however it gives a clear picture of how a traditional free market economy is being transformed into a global digital economy that has no national boundaries.

While the reader is encouraged to watch the video to fully understand how globalism is being established and the ramifications for us, here is a summary of their mission.

It is about the economy.  SI explains how the economy has been dominated by a capitalist free market system for decades.  With industrialization and advanced transportation systems, the economy became more global over time.  In the latter part of the 20th century, with the removal of trade barriers, creation of global supply chains, outsourcing, and enhanced communications through the internet, more global economic “connectivity” was enabled.  This global economic connectivity over the last couple of decades has led to a single global economy exchange.

Through the internet, globalization has been taken to new levels.  Exchanges of data across the internet has enabled “the sustained coordination of human activity,” with digital platforms coordinating the economy and society.  This is also defined as a digital model of globalization in which the UN is actively engaged for its Agenda 2030 Sustainable Development Goals.

According to SI, a global organization is being formed with advanced technology and the “end game” for globalization is “coming into focus.”  Called the “decentralized web”, economic activity will be decentralized, shifting operations to global based networks allowing a collection of computers to work as a single cloud computer.  With this, and through the Internet of Things (IoT), the world can be quantified and markets can be built for any “resource that needs managing“, including humans.  The same solutions for any societal problems can be applied anywhere in the world, disrupting “the centuries old structures that carved up the planet into separate jurisdictions and societies.”

In digital globalization, the internet is used to create network platforms that are managed by experts, or technocrats, comprised of individuals from corporations, education, research, engineering, financing, and other fields.  Rather than relying on the expertise and wisdom of citizens, the world will be managed through these network platforms, with all “solutions” determined by technocrats.  As seen in this SI video, ReThink Everything, all sectors of human activity are included and align with Agenda 2030 SDGs.

SI effectively summarized its globalization concept that will be accomplished through digital technology.  While it is recommended that the full video is watched to give a more comprehensive understanding of how we are being forced into globalism, this is a shorter version that gives a basic view of how technology is being used to globalize our world.  This explains why there is so much emphasis on data collection and why the CARES Act is funding the installation of 5G.

The Agenda 2030 SDG captures every aspect of life.  These platforms will create networks that include technocrats from every walk in life.  Sharing information on these platforms at a global scale, technocrats will provide solutions that meet the SDG goals.  IoT is the mechanism that provides the collection and sharing of data, the “connectivity”.  Collected data can then be included on the platforms.  National governments will only be used as patsy’s, political buffoons who believe they are serving us best with expert decisions.  Representation of the people will no longer exist as these technocrats will provide the solutions, which is currently happening with COVID19.

Using the SDG 3.b for vaccines as an example, vaccination data is shared with a state agency, which in turn shares it with the federal government such as with the Center for Disease Control (CDC).  A network platform of medical and pharmaceutical technocrats can analyze this information along with other data and determine if the vaccine is effective, compliance rates and where those rates are low, which provider isn’t complying with vaccine recommendations, and even which parent isn’t vaccinating their child.  Every aspect of vaccinations can be analyzed through the network platform.  Once a vaccination problem is identified the healthcare technocrats will develop a solution.  The economy benefits by producing and selling more vaccines.

Resource production and allocation is also very much at the center of this globalization.  Technocrats in the network platforms for the agriculture sector will have the ability to monitor food production and quality, consumption, areas deficient in food sources, and how food allocations should be changed on a global level.  Food overgrown in one area of the world and allocated to another part of the world can easily be decided by these technocrats.  All control over food production and allocation will be taken out of the hands of nations, and humans.  More sustainable agricultural practices and equitable distribution will contribute to economic development.

These are only two examples of how technocracy, the control of a society by technical experts or technocrats, will be implemented through digital globalization, which in turn meets the UN SDG objectives.  Governments will adopt solutions created by these network platform technocrats.  Digital technology gives technocrats the ability to gather and data, create solutions, and monitor the effectiveness of those solutions.  This will not only globalize the world but it also removes all freedom, individualism, and national sovereignty.  Humans become nothing more than their pawns in a technocratic world, meeting economic development needs.

Seven years ago a former Soviet KGB agent, Yuri Bezmenov, talked about the stages of destroying a country.  It appears the COVID19 “crisis” is the tool being used to create a “new normal” as described in Stage Three.  When will Stage Four occur?  Perhaps when technocrats have succeeded in laying their foundation with 5G.

Globalism is evil.  It takes precious freedoms and individualism, creates a lifeless cubicle in which it is expected every human will live and behave the same, all for the purposes of serving the global elite.  If there is ever a time that Americans need to come together, it is now, to save our Republic.  There is little time left.