What if Obama was President and KKK Terrorists Took Control of an American City? 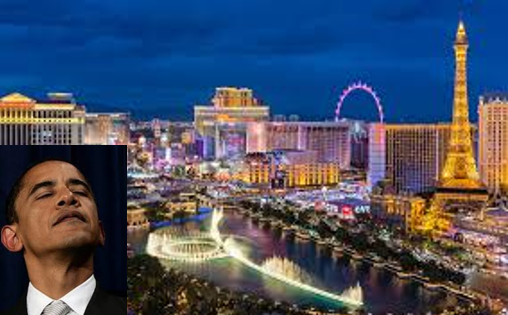 What if Obama was President and KKK Terrorists Took Control of an American City?

I’m talking, of course, about the new “country” formerly known as Seattle. The domestic Antifa terrorists in charge have set up borders, roadblocks and armed guards. They are holding six blocks of an American city hostage. They are extorting money from business owners and homeowners Inside that “no go zone.” There is a crime wave of robberies, assaults and rapes going on inside that “zone” according to the Seattle police. It’s all being run by a “warlord”- a Soundcloud rapper. You can’t make this stuff up.

This insanity is happening in America.

Then there’s the liberal and obviously mentally-ill politicians in charge. The Democrat Governor claims he knows nothing about it. He’s doing his best Sgt Schultz imitation from the old TV series “Hogan’s Heroes.” “I see nothing, I hear nothing. I know nothing.” The Governor makes believe he doesn’t know the biggest city in his state has been seized by communist anarchist terrorists.

The Democrat Mayor of Seattle calls the communist anarchist terrorists “patriotic.” I kid you not.

The leading councilperson in Seattle- also a Democrat- gave the radical terrorists the keys to city hall. Now she’s demanding the police surrender to the terrorists, while introducing legislation to permanently hand six city blocks to domestic terrorists. The lunatics are running the asylum.

This isn’t an American city. It’s “One Flew over the Cuckoos Nest.”

How is this different than a violent bank robbery? When a bank is robbed, do the police surrender and hand the bank permanently to the bank robbers?

But let me give you the best example of all. Substitute my hometown of Las Vegas for Seattle. Downtown Vegas has been seized and occupied by domestic terrorists. But instead of communist anarchists, these are armed, white extremist, KKK terrorists. Just picture that scenario under Democrat President Obama. With Vegas under the control of a Republican Governor, Republican Mayor and Republican City Council.

Now picture the Nevada Republican Governor saying “What are you talking about?

I don’t know anything about it. I haven’t heard about any takeover.” Picture the Republican Mayor of Las Vegas calling the takeover of Vegas by the KKK “patriotic.” Picture a Republican councilman demanding police “surrender” the Vegas downtown permanently to the KKK terrorists.

How would President Obama react? How about the liberal mainstream media, or leading Democrat politicians, or the NAACP? Would they all demand President Obama send in the U.S. Marines to retake downtown Las Vegas from terrorists? You can bet your last dollar they would.

And the Republican Governor, Mayor and Councilman who took the side of KKK terrorists would also be charged with either treason, or aiding and abetting terrorism.

So, why is the media responding so differently to an Antifa terrorist takeover of Seattle? It’s time for action. Domestic terrorists have invaded and taken over an American city. They are holding it hostage. American citizens are being terrorized.

So, here are the options Mr. President. A) Send in either SWAT, National Guard or US Marines to take back Seattle from the terrorists. Or B) Here’s a peaceful option that won’t endanger innocent lives.

My solution, Mr. President: Surround the “autonomous zone” now called Chaz, formerly known as downtown Seattle, with a massive show of law enforcement, FBI SWAT teams and either National Guard or US Marines.

Next bring in US Army Core of Engineers. Construct a fence with barbed wire on top, around the entire six blocks. Seal the terrorists in.

Next, cut off all electricity, gas, water and sewage. Prohibit supplies be brought in. The terrorists are trapped.

Give them a few days with no food, water, electricity or toilets. Watch them walk out with hands up, holding white flags.

Immediately arrest them, put them in handcuffs and leg irons, fly them to Guantanamo, where they will await trial on terrorism charges. If convicted be sure they receive life in prison.

Isn’t this what President Obama would have done to KKK terrorists holding a city hostage? You’re damn right.