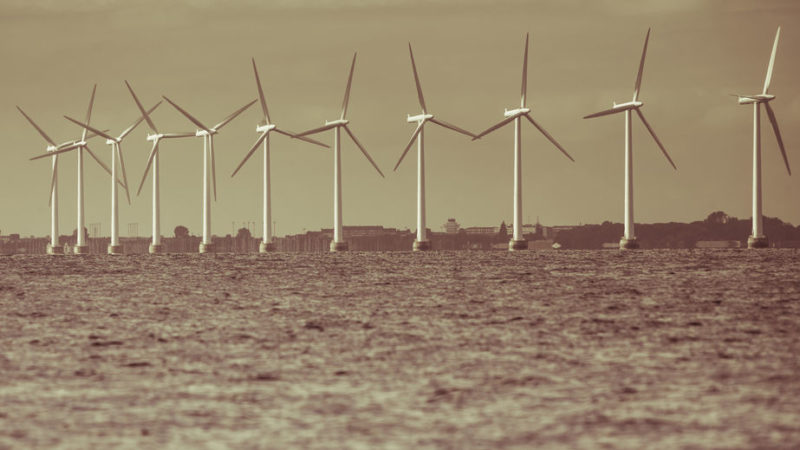 Want to increase the cost of electricity with no benefit to anyone but investors?  Wind power is for you!

Europeans wasted vast sums on wind farms, wreaking havoc on the ability of the businesses to be competitive, driving people into energy poverty, with no decrease in emissions (if that’s your thing).

Now those turbines are aging past their useful life and have to be replaced.  Wind turbines can’t be recycled.

All that waste and redistribution sound like just the thing to the people running the Commonwealth of Virginia.

David Wojick lays out the sorry details at CFACT.org:

Virginia’s green electric power plan calls for 5,000 MW of offshore wind generating capacity to be built in the next decade or so. This is a huge amount given that the worldwide total is just around 15,000 MW. We are talking about something like 800 giant windmills, embedded in the ocean floor and sticking hundreds of feet into the air above the water. They will be on the order of one and a half times taller than the Washington Monument, which is really tall.

One thing Virginia has that Europe does not?  Hurricanes:

One thing that is certain is that if Virginia goes ahead, in effect playing chicken with cat 5 storms, these hundreds of towers will have to be far stronger than standard European designs. Stronger means more expensive. The standard cost is around $1.5 million per MW, which would be $7.5 billion in Virginia’s case. If hurricane proofing doubles the cost that puts a monstrous $15 billion at risk of destruction.

Offshore wind farms carry a massive environmental footprint, raise costs for rate and taxpayers, do not reduce emissions, and benefit no one, but the people cashing in on government subsidies and mandates.

As a Virginian myself, I say stop this folly before it’s too late!