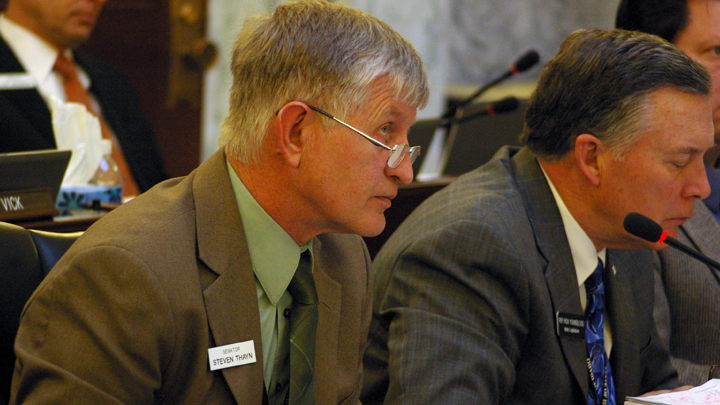 Idahoans finally know which state lawmakers will serve on a 10-member joint interim committee tasked with rewriting state’s education content standards, which will likely put Common Core out to pasture for good.

Each legislative body will have five members on the joint committee. For the Senate, Thayn will be joined by Sens. Lori Den Hartog, R-Meridian, Jim Woodward, R-Sagle, Dave Lent, R-Idaho Falls, and Janie Ward-Engelking, D-Boise.

The joint committee will begin its business on June 22 at the Idaho Capitol. An agenda for that meeting has not been released.

It’s also not clear what the committee will produce and deliver to the 2021 Legislature. The lawmakers could write a new set of content standards, or the committee could amend the existing Common Core standards.

A full rewrite would best meet the legislative intent of Senate Concurrent Resolution 132. Lawmakers passed that resolution during the 2020 session to create this summer’s interim committee.

Outgoing Senate Education Committee Chair Dean Mortimer, R-Idaho Falls, sponsored SCR 132, which cleared the House and Senate with only 12 dissenting votes. In his presentation to the House Education Committee about the resolution, Mortimer pitched the interim committee as a way for Idaho lawmakers to thoughtfully consider the content standards and start over.

“This is not a rehash, in my opinion,” Mortimer told the House Education Committee at its March 10 meeting. “This is an opportunity to start afresh.”

If Idaho finally tosses Common Core, the state would join a number of other states that have also jettisoned the deeply unpopular education standards. Most recently, Florida Gov. Ron DeSantis dumped the standards via executive order. Missouri has also dropped Common Core.

Anything produced by the joint interim committee will face scrutiny from the House and Senate education committees, which will have the final say on the education standard.