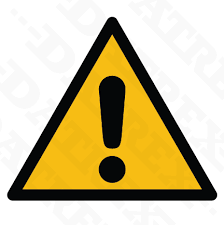 In 2018, then Department of Interior (DOI) Secretary, Ryan Zinke, issued Secretarial Order (SO) 3362 which, among other things, called for states to begin the process of identifying wildlife migration corridors “on federal lands” and “harmonize State fish and game management and Federal land management of big-game winter range and corridors.”

Several states such as Wyoming and Oregon have moved forward with supporting this SO, Idaho has been fairly quiet, until now.  It seems there has been some typical behind the scenes activity between the federal government and Idaho Fish & Game (IDFG).  In April, 2019, the DOI sent a letter to IDFG Director, Ed Schriever, soliciting a second version of Idaho’s Action Plan identifying priority migration corridors in Idaho while providing thousands of dollars for research and mapping.  Even though SO 3362 specifically stated federal land, this letter makes no mention of it, even providing thousands of dollars for conservation on “private land”.

Obviously, neither the IDFG Director, nor the DOI contact has any clue that IDFG is a state agency.  Where does the DOI get off dictating how a state agency is managed?  Did any of this go through the legislature for approval?  Were Idaho citizens or their representatives ever advised of this DOI directive?  No.  However, as usual, the environmental groups, such as Center for Large Landscape Conservation were given the opportunity to provide their input.

So, what brilliant plan has IDFG developed to meet DOI demands?  What was a “federal lands” issue has now become a “cross-jurisdictional conservation”, private land owner “collaboration” effort “to inform land management and habitat conservation actions”.  At the same time, other DOI agencies must be brought in to “partner” with IDFG to improve “migration corridors on DOI-managed federal lands in a manner that recognizes state authority to conserve and manage big game species and respects private property rights.”  Are they out of their minds?  Improve corridors on “DOI-managed” land with state authority on private lands?  DOI land has nothing to do with private land let alone state authority over private land.  How does a state “conserve” big game and respect private property rights on DOI land?  In reality, this is a very clandestine maneuver to hide the fact that the DOI plans to create fake corridors on DOI land while knowing full well wildlife crosses over private property.  That is the intention, sucking private property into their fake corridor.

What is not being divulged in this scheme is that this corridor scam is about land use regulations and restrictions and is part of their connectivity agenda.  Once a corridor is established, a mandate will be issued to “protect” that corridor, everything in its path will be dramatically changed with local land use management authority diminished.  The IDFG document itself even speaks to limiting wildlife disturbance (i.e. no recreation) and avoiding development.

In its October, 2019 V2.0 Action Plan, IDFG had no problem gathering input from “regulatory agencies (e.g., BLM, USFS, IDL, ITD, and IDWR)”, and coordinating with the Idaho Transportation Department (ITD).  Nowhere to be found is any effort to talk with the legislature, local jurisdictional authority, or Idaho citizens about this DOI mandate.  Maybe citizens just don’t have the money to bribe IDFG like the DOI because it is already being taken as tax dollars for the DOI to use against them.

Page 8 in the document lists all priority corridor areas in red with no distinction of land ownership, in fact exceeding beyond federal land.  Following that page is each targeted area in Idaho, described in detail.  The identified migration routes extend across large areas of land, each with different ownership.  Those potential migration corridor areas will require the type of land use restrictions mentioned previously.  Federal land, protecting habitats, or identifying corridors has nothing to do with this.  It is about redesigning all land to dictate where and what type of development can occur and requirements over how private property owners can use their land.  It is the federal government behind this agenda and IDFG along with other state agencies being complicit with that agenda.

As we are being distracted by the many horrific issues that are tearing our nation apart, the federal government is continuing on its path of tyranny.  Collaboration, consultation, and partnering were never written into our Constitution.  Our government was designed through representation, starting at the most local level.  That representation includes jurisdictional boundaries and specific enumerated powers of the federal government.  It is the local counties that have authority over the land.  The DOI is coming into our state with a fake corridor scam and successfully using IDFG to execute their intent to rule over land, including private property.  While stated as voluntary participation at this point, it will eventually become a mandate.  A Secretarial Order is not a law.  There is no law that supports IDFG adhering to DOI demands.

Until everyone understands that the government, both at a federal and state level, has become a tyrannical machine this activity will not end.   This is highlighted by Governor Little making unilateral decisions to shut our state down, how to spend millions of dollars, and using that money as a bribery to overlook his behavior by placating citizens with property tax relief.   What a joke.  Heads up Idaho, none of this tyranny will stop until we take necessary actions to stop it.