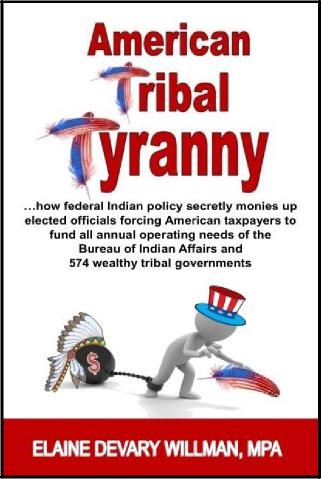 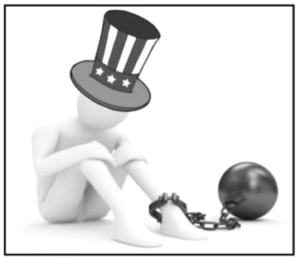 In the early 1800’s two feuding national leaders, President Andrew Jackson and Chief Justice John Marshall perpetrated a fraud against American citizens and taxpayers with an unconstitutional Federal Indian Policy. Over the next 200 years, from the 1820s through 2020, every American taxpayer of every other ethnicity became an indentured servant required to annually fund one separate ethnicity, American Indians.

The author’s first two books, Going To Pieces (2005) and Slumbering Thunder (2016) provide historical and contemporary background on the fraudulent “trust” relationship with Indians. This new and hard-hitting book, American Tribal Tyranny, fully exposes exactly how and what happened that has resulted in required annual taxpayer funding for all the basic needs of 574 tribal governments, with an additional 400 tribes waiting in the wings for their “federal recognition” over all other American ethnicities. There is something entirely wrong with this picture, and blatantly unconstitutional. This new book will undoubtedly annoy the Indian industry, who profit from this scam, while denying enrolled tribal families their civil and equal rights.

The U.S. Constitution never intended all taxpaying Americans to be forever indentured servants to one ethnicity – enrolled tribal members – who comprise less than 1% of their country’s population. Tribal governments receive multimillions of dollars annually while tribal families have remained in abject poverty for decades. This book is intended to educate citizens and elected officials so that one day the United States can be restored to One Nation Under God. 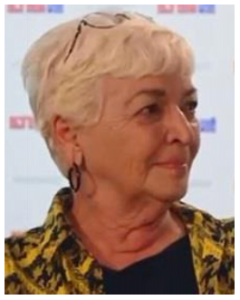 Elaine Devary Willman, MPA, authored her first book, Going To Pieces in 2005, and her second book, Slumbering Thunder in 2016. Following two years attendance at Ventura College of Law, she received a Master’s in Public Administration (MPA) from Cal State University in 1991 and has earned 96 credits towards doctoral work in public policy.

Willman’s research is supported by her grounded life experiences living on three separate Indian reservations: Yakama Reservation (WA), former Oneida Reservation (WI) and Flathead Indian Reservation (MT). She has extensive knowledge of federal and tribal government decisions, land use status within Indian reservations, dual-jurisdictions and Constitutional conflicts that impact the rights and lives of tribal members and American citizens. Her mother and grandmother were enrolled Cherokee members and her spouse is of Shoshone ancestry, a direct descendant of Sacajawea.

Willman is engaged with numerous national and local educational organizations providing sunshine on the little-known subject of federal Indian policy to inform the general public. American Tribal Tyranny is intended to encourage a needed dialogue to restore the United States to One Nation Under God, as intended by our Founders and U.S. Constitution.