Roger Goodell Has to Go or NFL Will Suffer Greatly 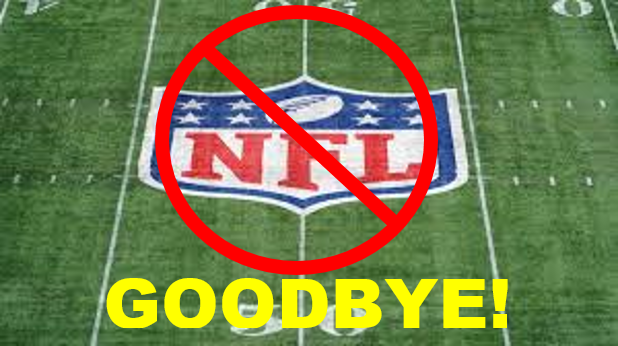 Roger Goodell Has to Go or NFL Will Suffer Greatly

I’m one of the few among friends who quit watching NFL games that eventually caved after the media quit showing opening ceremonies.  I really enjoyed watching the end of last season.

President Trump tweeted last Sunday night: “Could it be even remotely possible that in Roger Goodell’s rather interesting statement of peace and reconciliation, he was intimating that it would now be O.K. for the players to KNEEL, or not to stand, for the National Anthem, thereby disrespecting our Country & our Flag?”

Should KNEELING begin again, especially in this all out climate to disrespect practically all that America is about, I and thousands more fans will  be gone for good until Goodell is removed and things are back to normal respecting our Country and our sacred Flag.  Also, I will never buy a Nike product again and wish the socialist ‘Knucklehead Kaepernick’ no good luck whatsoever in his future endeavors.  He has been a willing ‘eyes wide open’ tool of the left and some of his komrades have been merely unbeknown ‘inspired’ useful idiot followers.

The NFL has been treasured and immensely enjoyed by most men I know.  However, it has been a luxury for us to enjoy as one of the fruits of our labors in our wonderful capitalist system which will no longer exist if our system is destroyed assisted by power mongering socio-globalists’ cadres in the NFL.

This contrived theme of ‘Black Lives Matter’ is an obvious tool of these radical leftist buoyed up by big media that seeks out useful puppets such as Goodell to ‘join the club.’

A lot of blacks like other other students have unfortunately not been inspired by our leftest controlled failing school systems and the media has manipulated them as the Democrat Party has for decades.

For some in-depth insight on this ginned up Black Crap see my article: Racism:  A Tool of the Left