Should We Be Worried about Big Tech? 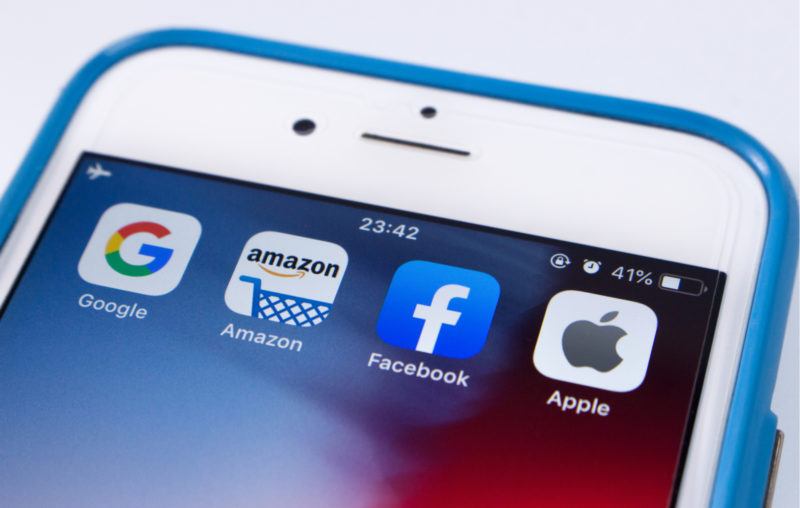 Should We Be Worried about Big Tech?

Thanks to COVID-19, Big Tech has been given a golden opportunity to redeem themselves from the techlash. Technology is blunting the harshness of government-mandated lockdowns everywhere, allowing some measure of normalcy in our lives to continue.

As social media keeps us connected to our communities and loved ones, thorny issues remain for Big Tech, in particular accusations of unprecedented censorship. Facebook, Twitter and YouTube’s style of censorship is widely perceived as highly arbitrary and a process that lacks transparency. If a large enough public believes there is bias, then there’s a higher likelihood lawmakers will provide regulations that curb the power and privilege (see Section 230) of tech companies.

AIER itself has faced throttling by Google, YouTube, and perhaps Twitter, and videos we’ve needed for science-based postings have been deleted. We steadily worked to build our own outlets, preparing for the possibility of full censorship.

Our heavy reliance on Big Tech has prompted some commentators in recent months to question if the techlash was coming to a standstill. Fat hope. As the adage goes, there is no rest for the wicked. Worrywarts everywhere have not cut tech giants any slack, even doubling down on their pessimism. In a May New York Times column titled “The Immunity of the Tech Giants,” author Kara Swisher stoked standard anti-Big-Tech fears, warning that the pandemic further enables their dangerous growth, describing these corporations as possessing “unlimited power, Midas-like financial might” and enjoying “minimal oversight.”

The common refrain in the techlash narrative is straightforward. Big is bad, and bad needs to be curbed by government. Regulate them, break them up and fine them if they exploit their power. Lacking this regulatory oversight, the Big Tech “monopolies” (pretend monopoly was defined by a handful of players rather than one, would you?) would be entrenched and unstoppable.

These apocalyptic doomsday narratives are particularly effective at capturing the public imagination and selling clicks. The problem is that they are not consistent with the history of the Internet.

The Internet’s history is chock full of so-called “monopolies” from MySpace and AOL to Yahoo and Microsoft, all of which at one point enjoyed a dominant market share and the frenzied attention of the press, only to find themselves unexpectedly displaced by emerging competitors.

It’s hard for us to imagine how Facebook would ever be unseated from its market position today. But remember that politicians, journalists and activists were all making the exact same kinds of predictions just over a decade ago against the leading web giants of the past.

Before Facebook, there was MySpace. MySpace had all the makings of a winner. It launched in 2002, had a million users by 2004, and was bought by the media conglomerate News Corp at $580 million in 2005. MySpace’s web traffic surpassed Google’s in 2006 and at its peak in 2008, MySpace attracted 76 million unique visitors a month.

Just like present day Facebook, MySpace had no shortage of its own naysayers. A Guardian headline in 2007 read, “Will MySpace ever lose its monopoly?” Others confidently declared that “MySpace Is a Natural Monopoly,” echoing a common verdict made by many tech academics and analysts today of Google and Facebook. Fast forward one year into 2008, and Facebook had already doubled the web traffic of MySpace, which was shrinking away quickly.

How was MySpace toppled? Some argue that Facebook’s explosive growth leveraged at the right time on emerging broadband technology. Others point to the fact that MySpace refused to integrate with third-party apps. Or perhaps as a late-mover, Facebook learned from MySpace’s mistakes, as its platform was plagued with technical problems, fake accounts and cluttered advertising.

Just as Facebook had unseated MySpace, MySpace had beat Friendster and both these first-generation social networking platforms were victors over the Internet’s previous incumbents: the web portal players of AOL, Prodigy, CompuServe, and GeoCities.

Of 90s internet powerhouse AOL, its merger with Time-Warner in 2001 at the time was the largest, valued at $165 billion. At its peak in 2000, AOL had 23 million subscribers with the next biggest competitor Earthlink trailing far behind at 3 million users. The merger between the largest cable company and Internet service provider prompted media pundits to waste no time in diagnosing the merger as Judgement Day for the media industry as we know it. AOL’s competitors complained to the Federal Communications Commission that the web giant had “the potential to become an even greater, bottleneck to prevent the emergence of a robust, competitive instant-messaging market,” and that the AOL Instant Messenger (AIM) “needs to be protected from the control of a single entity.”

Yet as we all know now, the AOL-Time Warner marriage was to be the most disastrous merger in recent business history. The earliest cracks showed as soon as two years after the merger with a reported $54 billion loss. By the end of 2003, AOL was dropped from the Time Warner name and is still recovering from its losses today.

Even with a gargantuan first-mover advantage, AOL failed its transition into the opening of the commercial internet and lost its reign to Yahoo. Yahoo’s media portal empire spanned across email, news, travel, gaming, search and more. Yet Yahoo’s seat at the throne was similarly short-lived. Once worth $125 billion, Yahoo sold to Verizon for 4% of that amount in 2016. Yahoo, like AOL, struggled with its transition to mobile during the smartphone revolution, losing significant market share to Google and Facebook who innovated superior monetization business models.

The tales of MySpace, AOL and Yahoo’s fall from glory shows how spectacularly wrong tech analysts can be, and how complex the machinations of a market economy are. The popular caricature paints big corporations as making well-calculated and methodical movements across the chess board of the economy in their quest for economic dominance.

In reality, the larger the enterprise, the more dizzying array of factors CEOs face in steering their ship through the economy. As F. A. Hayek often said, the complexity of modern market economies rests way beyond the comprehension of any one given person, in particular the well-meaning politician who fancies himself capable of overhauling whole economic systems with the stroke of a legislative pen. This “extended order” was built on billions of transactions coordinated by market prices and other social institutions.

This complexity is further magnified in a fast-changing and low entry barrier environment like that of the digital world, where the costs of writing new code are minuscule compared to the pre-Internet era which required high fixed investment costs in physical infrastructure and hardware. The low barriers of entry into the tech market necessarily means that Big Tech has to be in constant surveillance of Silicon Valley startups.

Further to keeping an eye on the rapid flux of new tech entrants, Big Tech incumbents are also especially vulnerable to consumer’s low barriers of exit. Social media users are not two-dimensional robots – most of us multi-home on different social media platforms depending on our hobbies, occupations and social networks. I’m deeply immersed in Facebook and Twitter, but also on YouTube for social commentary, browse Reddit when I’m bored and TikTok when I’m truly bored. How many of us hop back and forth between e-commerce, food delivery and ride-hailing services at a moment’s notice of a price promotion? The fact that we use whole folders to categorize these apps on our smartphones is testament to the diversity of competition in the tech world.

Yes, incumbents enjoy network effect advantages. But the low costs of consumer switching/exit are hardly trivial, as they act as a perpetual check on Big Tech incumbents. The mere threats of displacement prevent market leaders from taking their customers for granted. As soon as they do, new entrants are poised to challenge their market power.

If only Big Tech opponents would appreciate it, this competition is taking place on the margin constantly. Instagram once eroded Facebook’s user base on photo content, while WhatsApp and Telegram invaded on the chat messaging front. Spotify’s streaming service single-handedly took on Apple’s iTunes music download service. Google’s search engine is not as monopolistic as one might think when we realize that industry-specific verticals exist within the larger umbrella of search; Amazon for books, Walmart for consumer goods, Airbnb and Tripadvisor for travel, Yelp for local businesses and food reviews. The short-form video market now belongs to TikTok while Facebook and Instagram’s attempts to counter are still far off from being a serious threat. Zoom’s leapfrogging of Microsoft’s Skype, Google’s Meets and Cisco’s Webex during COVID-19 is another example of how Big Tech incumbents are not insulated from market competition.

Politicians and tech activists will continue spinning their yarn about dangerous tech monopolies that are immune to competition. But contrary to their tales, Big Tech’s market power is very much overhyped. The dynamism of market competition in the tech sector is alive and well and as history shows, no corporation stays at the top for long. As long as Big Tech continues to serve consumers well with innovative low-cost solutions, there is no reason why that should be a cause for concern either.

Donovan Choy was a visiting scholar at AIER. He is from Singapore and is a M.A. graduate student in Philosophy, Politics and Economics with a specialization in Austrian and Behavioral Economics. His main research interests are in cultural economic development, economic methodology and immigration policy.

Get notified of new articles from Donovan Choy and AIER. SUBSCRIBE