Will the Silent Majority Speak Up in November? 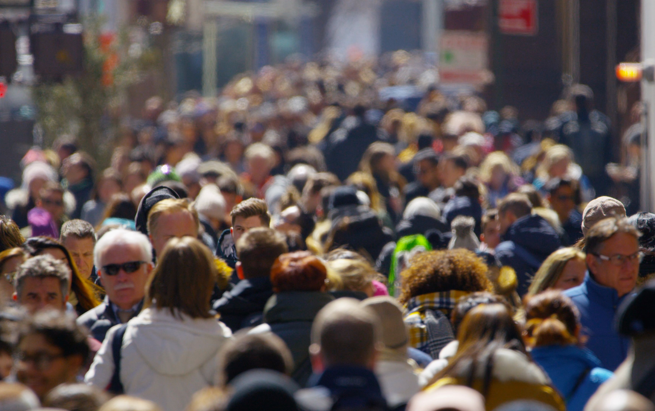 Will the Silent Majority Speak Up in November?

The decade of the Sixties was dominated by major riots throughout the United States, with four of the most destructive occurring in New York City (Harlem) in 1964, Los Angeles (Watts) in 1965, and Newark and Detroit in 1967.

Riots usually have a flash point, and some of the most memorable ones in the Sixties and early Seventies included the assassination of John F. Kennedy in 1963, followed by the assassination of Robert Kennedy and Martin Luther King in 1968, and, in 1970, the Kent State shootings in which the National Guard opened fire on student antiwar protestors, killing four and wounding eight.

More recently, we’ve been through Trayvon Martin, Michael Brown (Ferguson), Freddie Gray (Baltimore), and today’s nationwide riots, said to be in the name of George Floyd, who was the victim of excessive force used by a Minneapolis cop.  The gruesome video of a rogue policeman pressing his knee against Floyd’s neck brought condemnation from all quarters — blacks and whites, liberals and conservatives, Democrats and Republicans, which appeared to be a sign of moral unity.

Nevertheless, race charlatans and the race-obsessed media were not satisfied.  They were not about to take a pass on a situation crying out to be exploited.  The ensuing protests were for the most part out of sympathy for George Floyd and his family, but the Radical Left riots they morphed into most definitely were not.  Nor were they about “systemic racism” or racial injustice.  Plain and simple, they were about anarchy, opportunity, intimidation, and power.

It’s merely another chapter in the Radical Left’s determination to bring about the fundamental transformation of America that race hustler Barack Obama infamously boasted about just prior to the 2008 election.  And, make no mistake about it, the fundamental transformation he was referring to was the implementation of a left-wing, authoritarian government in the United States.

The foot soldiers of today’s answer to the antiwar protests of the Sixties and Seventies are for the most part white, over privileged, suburban kids whose meaningless lives have overwhelmed them with boredom.  As such, they are prime prospects for becoming the kind of zombies Eric Hoffer wrote about in his book, The True Believer, in search of their own Kent State or Vietnam War.  The merits of the cause are not nearly as important to them as the excitement it offers, an excitement great enough to dull the pain of their inconsequential existence.

With the coronavirus lockdowns destroying the American economy and the riots destroying American cities, the Democrats and their robotic true believers are confident that they finally have a lethal combination that can bring down the evil Donald Trump.

So, are they right?  Some of us vividly remember when Richard Nixon, a dull, mediocre swamp creature, swept to victory in 1968 by appealing to the so-called silent majority, those millions of law-abiding citizens who believe in the American way of life, the sanctity of the Constitution, and civility, but do not express their opinions publicly.  It was one of the most amazing comebacks in political history, given that Nixon was written off politically when he was destroyed by upstart John Kennedy in 1960, then humiliated by losing to incumbent Pat Brown in the 1962 California gubernatorial election.

To fully appreciate the enormity of Nixon’s comeback, consider that in 1964 Lyndon Johnson (and his running mate, Hubert Humphrey) won a whopping 61.1 percent of the national popular vote.  Yet four years later, in 1968, Humphrey won only 42.7 percent of the vote when he ran against Richard Nixon.  It was the lowest percentage of the popular vote won by any candidate, Democrat or Republican, in more than thirty years.  Further, Nixon was reelected in 1972 when he won by a 49-state landslide by promising the silent majority he would restore law and order.

If you’re wondering whether the silent majority is, in fact, still a majority in America, a new poll from Morning Consult appears to provide the answer.  The poll found that 71 percent of voters support the use of the National Guard to control “protests and demonstrations.”  Of these, 42 percent said they “strongly support” the use of the National Guard and 29 percent said they “somewhat support” it.  Even 63 percent of Democrats either “strongly” or “somewhat” support it as well, while 42 percent of African-Americans either “strongly support” or “somewhat support” the measure.

Thus, the important polls today are not the ones that tell us that Sleepy Joe is ahead of Donald Trump in the popular vote.  So was Hillary — even after she lost the election!  The truth be known, popular-vote polls are meaningless in an election decided by the Electoral College.  Strange that no one in the media seems to understand that, Fox included.

All of which means that the 2020 election is Donald Trump’s to win or lose.  The odds are that he will continue to do all that he can to destroy himself, but the Radical Left seems to be even better at self-destruction than the president.  So much so that many doubters in the silent majority are likely to see him as the lesser of two evils and vote for him even if they don’t like his style.

Think about that, Mr. President, the next time you feel the urge to say something stupid.  Why not be smart and just let the Democrats hand you the win with their uncontrollable support of the barbarians?