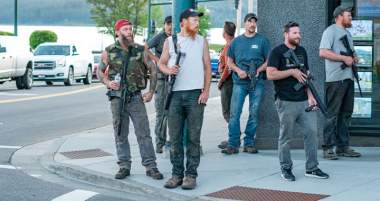 This is a tale of two cities: Spokane, Washington, which recently suffered riots and looting, and neighboring Coeur d’Alene, Idaho, which has averted (thus far) the same kind of planned havoc. Retired military and law-enforcement personnel who regularly monitor the websites and activities of militant leftists told The New American that Coeur d’Alene, 30 miles east of Spokane, has been targeted by the same Antifa/BlackLivesMatter agitators that have left Spokane and other American cities in flames and smoldering ruins.

“We saw that they were planning to strike Cd’A (Coeur d’Alene) on Sunday and we sent out an alert to hundreds of area contacts,” a Cd’A defender we will call “Thad” told The New American. “Besides their website activity, we saw several of their people ‘scouting’ Coeur d’Alene,” with a particular focus on WinCo, a large supermarket near the I-90 interstate. “Sure enough, Monday several van loads of Antifa/BLM agitators — 30-40 of them — unloaded at the WinCo parking lot and took up positions. We were ready for them and soon had 100-150 armed defenders there, in addition to a group of biker patriots on their Harleys who showed up. They were NOT going to burn OUR city!”

Another Cd’A defender who was at the WinCo event said she believes the situation remained peaceful between the two groups because the Antifa/BLM crowd was “outnumbered and outgunned.” “Even though our side was non-threatening and expressing our beliefs that protesting is fine, as long as it doesn’t get violent or destructive, they clearly were intimidated by our presence and our message that we mean business,” she told The New American. A sub-group of the agitators broke off from the WinCo gathering and met up with a band of cohorts several miles away in the downtown Cd’A business district on Sherman Avenue, a popular center of cafes, pubs, and shops. Again, they were vastly outnumbered and outgunned by local citizens who came out in force to assure that their town didn’t join the list of cities destroyed by “the revolution.”

Coeur d’Alene, a beautiful resort town of a little over 50,000, is the county seat and the largest city in the Idaho panhandle’s Kootenai County. Together with Spokane, it comprises what the U.S. Census Bureau calls the “Spokane-Spokane Valley-Coeur d’Alene Combined Statistical Area,” with a combined population of 735,032.

“It was incredible!” said “John” a homeschooling father of 11 children, who was walking Sherman Avenue with his teenage son. “After seeing all the terrible destruction in Spokane, Minneapolis, Los Angeles, and everyplace else, it’s so reassuring and refreshing to see all these people coming out peacefully — but armed — to tell these thugs, ‘NOT IN OUR TOWN!’,” he told The New American. “There were HUNDREDS of people, men and women, patrolling the streets, and none of them were bothering the ‘protesters’ but they let it be known they weren’t going to let things get out of hand. The police were cool and didn’t get uptight with either side and everything remained peaceful.”

Citizen journalists and Cd’A-area residents posted a number of videos online showing the Antifa/BLM ‘protesters’ and the peaceful, armed citizens who met them. 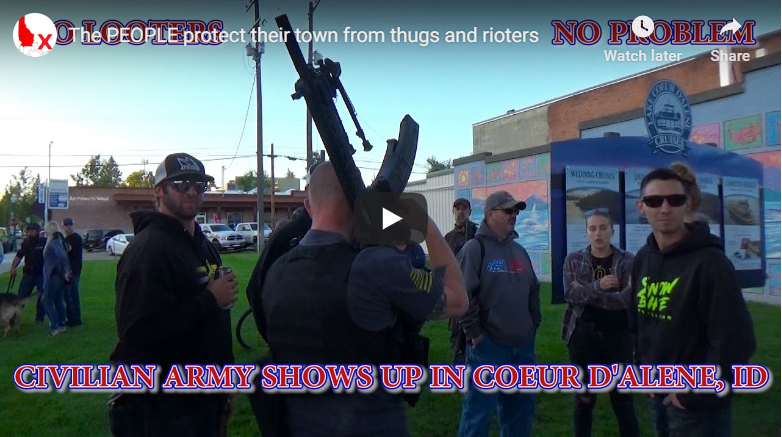 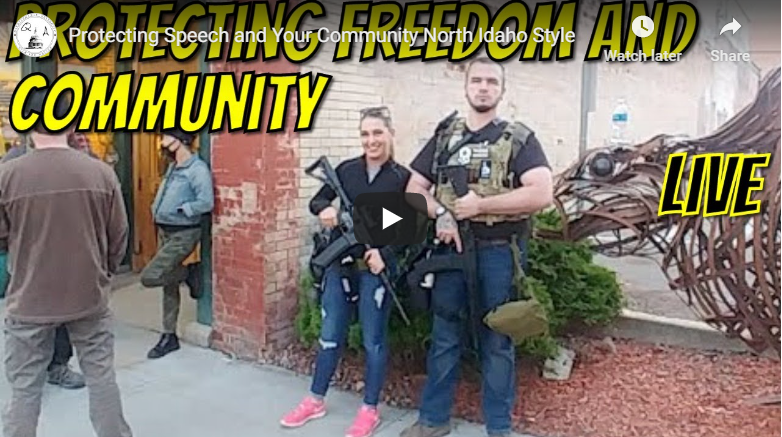 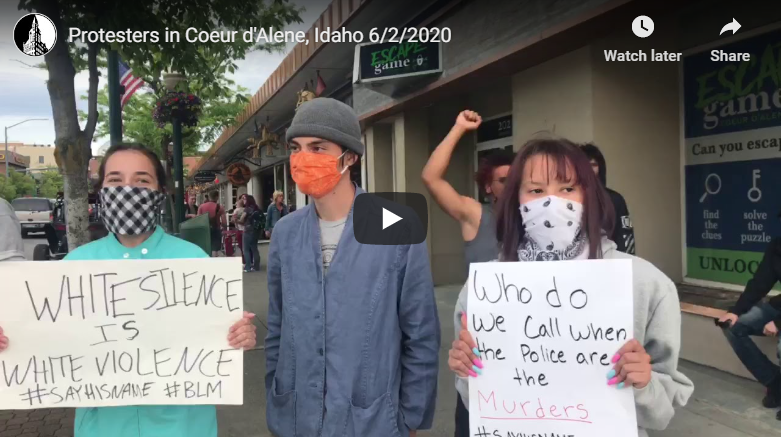 Following the peaceful Monday “confrontation “ between the opposing groups, Antifa/BLM “scouts” returned to Coeur d’Alene on Tuesday. According to “Thad,” the “intel is that they are trying to figure out the best way to ‘crack’ Coeur d’Alene and are planning new tactics and staging areas for Wednesday, Thursday, and Friday.”

The New American will be watching and reporting with new updates.

Editor’s note: Unlike the “mainstream media,” The New American rarely quotes anonymous sources, reserving that option for cases where concealing the identity of a witness/speaker is important to protect their personal safety and that of their families. This is one of those cases, as Antifa and their allies have repeatedly shown they will track down, dox, harass, and attack their opponents, or those who speak out against their thuggery.