Batteries not a sustainable backup for wind and solar — Part I: Environmental Concerns 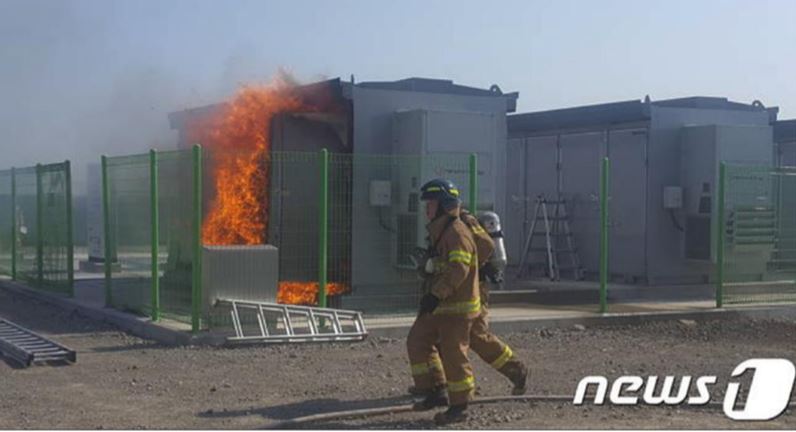 Batteries not a sustainable backup for wind and solar — Part I: Environmental Concerns

Governors, Utility, and Industry captains are rushing for the headlines, with each claiming the most, the biggest, the newest solar plants and wind plants with the 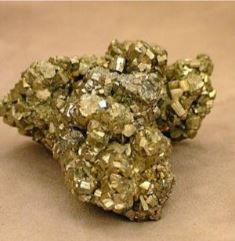 sexiest battery-backup systems. The last time we saw such a feverish gold-rush was in 1849, but these new media-miners are off for pyrite, better known as fool’s gold.

In this two-part series, we examine a few of the headlines that were not written or stories written in small fonts and swiftly swept under the rug by the popular media giants and mega news services and T.V. talking heads. For example, how much attention was given to Bloomberg, April 19, 2019,[d] article “Explosions Threatening Lithium-Ion’s Edge in a Battery Race.”…” Another lithium-ion battery has exploded, this time at an energy-storage complex in the U.S.” The article goes on to tell of the 21 other major battery explosions that occurred in S. Korea, including seven at electrical “green” generating sites.

Another great example is the down-play of the Michael Moore film PLANET OF THE HUMANS, where Mr. Moore lays bare the unseen and untold destruction of the planet-wide environment in the name of “saving the planet.” Even more unnerving is the enormous amounts of fossil fuels burned and CO2 emitted to construct and stand these solar and wind “green-machines.” In this first segment, we pay particular attention to the one part that Michael Moore did not give fair coverage, and that’s the ecological disasters from the necessary demolition of these solar/wind plants after their 15 – 20-year service life.

In the second segment we will explore safety or the lack of when dealing with the fundamental science of lithium-ion batteries. We’ll also touch upon the two Boeing 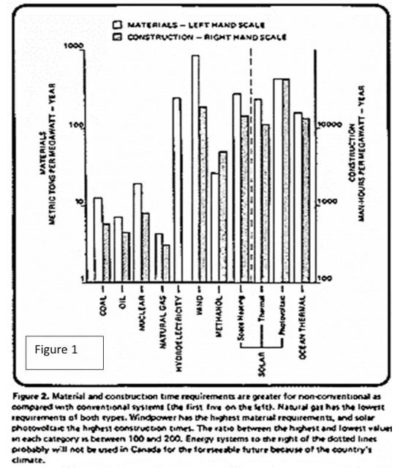 747 freighters that crashed, caused by lithium-ion batteries that were being transported to markets all over the world. These dangers exist not only in the large storage batteries, but the underlying physics and chemistry challenges posed by the batteries’ engineering realities. In the second segment, we will also examine the many hidden costs presented by our impending new love affair for lithium-ion batteries.

Eco-destruction: In Figure 1,[e] we see the massive amounts of materials needed by the solar and wind industry. Especially note the scale is logarithmic; for example, a wind plant needs about 1,400 tons of total material; that’s about 140 times more than a comparable gas plant, and solar is not far behind. Yes, we said 140 times greater. Solar and wind sites result in massive world-wide destruction to the environment, vast emissions of CO2 in case you see CO2 as a problem and an outpouring of pollutants just to build and transport these ‘planet-saving machines’ to their sites in the rich-industrialized countries. Even if it is zero-carbon dioxide which in itself is delusional, the damage is irreparable. 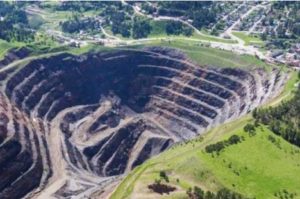 In figure 2 there is a strip-mine for iron, or aluminum or coal, or rare earth’s? It does not matter as dozens of these appear each new year to feed the green-delusion. Where is the Sierra Club as millions of acres of fields and forests and streams are destroyed just to access the mines even before the gouging and tearing behemoths start their ore extraction work to create more batteries ? Where are Sierra Clubbers hiding as these ores are dug, transported, smelted, coked, and blast furnaced as more untold tons of coal and oil and gas are burned to build the parts for green machines and their intended backup batteries? More tons of the fossil fuels they despise are burned by the trucks, the trains, and ships to transport the raw and processed materials to their installation sites.

As this is going on in places unknown and unseen all over the planet, the installation sites in your states and counties are being prepared. Millions of trees, brush, and vegetation are razed to dust, and the hills are bulldozed down, valleys and streams are buried over by more machines burning more fossil fuels. Add a few thousand kilos of dynamite if you must. How many millions of tons of pollutants are released at these sites for the hundreds of tons of steel-reinforced cement anchoring their bases.

To the above madness and vanity, they are now adding batteries, why? Every solar and wind plant needs a fossil fuel plant to back them up when the sun is not shining, and the wind isn’t blowing at appropriate speeds. These fossil fuel back 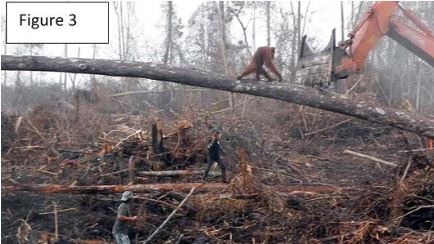 up plants will need to run 100% of the time and burn nearly the same amount of fossil fuels and produce the same emissions as if the solar/wind plants were not there. The full science is presented HERE in detail. So, our eco-charlatans have come up with new, bigger, better, and more profitable schemes. They now want to sell us batteries to eliminate the fossil fuel plants. Will it work? Let’s make a critical-thinking analysis.

We briefly mentioned the toxic substances used in the manufacturing of wind plants and even more in solar panels. With the batteries, the toxins are on steroids in volume, in toxicity, and safety. Meticulous attention will be needed in their transportation, installation, use, and decommissioning of the batteries. And doing it safely dramatically adds to their costs, discussed in detail in Part II.

As we conclude the environmental devastation done by the construction of wind and solar power plants we can not avoid the problem of DECOMMISSIONING. 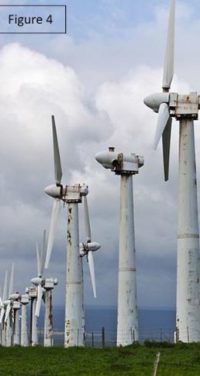 What do you do with a plant after it’s 15-20-year life cycle? In the past, there were many cases where a utility simply abandoned them to further scar the landscape. Most States are starting to require utilities to pay a cash bond up-front as part of the licensing requirements.

That will require more untold tons of fossil fuels for the jackhammers, bulldozers, shredders, and grinders. Then, where are they going to dump the non-recyclable items, in the oceans and at night? Load them on ships and ferry them to some developing country and pay them a few more dollars to ruin their environments? But now, with the batteries that have to be disposed of every few years, the tonnage of toxins will skyrocket, and so will the costs. What’s PG&E going to do, they are already in a bankruptcy proceeding? Ultimately these tens of millions of decommissioning costs, toxins, and CO2/pollution discharges will be passed off again to taxpayers.

We are quite positive that useful battery backup will not ever come to the nations growing wind and solar facilities, but we are equally positive that additional environmental devastation will come amidst their failed efforts.