3 Reasons Not To Wear a Facemask 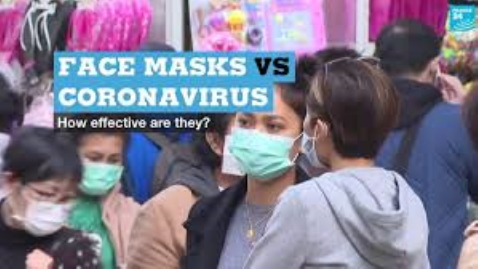 3 Reasons Not To Wear a Facemask

It’s hard to imagine how fast our lives have changed to do the coronavirus crisis (aka the Great Scam of 2020). And one of the most prominent elements, besides the abridgment of Constitutional rights, is the ridiculous wearing of facemasks by the ignorant “sheeple” population, who actually think that they are going to die if they don’t wear one.

Sure, some don’t think they’ll actually die, but that the mask will help prevent them from catching COVID-19, which will make them very sick, and could potentially cause their death. It is fearmongering at its finest.

Remarkably, the truth of the matter is that these facemasks are not really helping anybody, and they’re causing more harm than good. And this is actually well known. So then why are facemasks continually being touted as necessary in order to function in society right now? For this single reason—it is psychological warfare.

While facemasks will not provide you hardly any health benefit and minimal, if any, defense from COVID-19, they undoubtedly create an environment of fear and dread to our communities. The simple scene of seeing your entire community walking around with their faces covered in masks, “socially distancing” from one another, usually with their heads hung low, and a general feeling of gloom, causes an undeniable magnification of FEAR for every uninformed citizen.

And that is the whole point—keep the populace FEARFUL and you can keep them controlled.

Interestingly enough, Dr. Anthony Fauci even stated that people don’t need to be wearing them. And then the World Health Organization stated the same thing. In both instances, they both changed their tune—and you can speculate about WHY they did, but the point is obvious that the so called “experts” don’t know what is true or right and should not be trusted.

So what’s the truth about facemasks anyway?

Reason #1 – Facemasks Can Cause Hypercapnia

Hypercapnia is a condition that can be caused by rebreathing your own exhaled carbon dioxide (CO2), which happens when you wear a mask continually.

This excessive CO2 in your bloodstream increases PH levels and causes all sorts of problems like:

In fact, a driver in New Jersey crashed his car when he passed out from wearing an N95 facemask for too long. The police reported that the driver apparently passed out behind the wheel “due to insufficient oxygen intake/excessive carbon dioxide intake.”

In short, wearing a facemask for extended periods of time reduces oxygen intake, increases the risk of CO2 poisoning, and causes viruses and bacteria to saturate the mask which then get re-inhaled, increasing your risk of personal contamination.

Facemasks actually increase your chance of getting COVID-19

This sounds counterintuitive (due to propaganda), but it is true—and for obvious reasons. Wearing a facemask causes wearers to increase the frequency with which they touch their face. Touching your mask and face more frequently spreads more germs around. In other words, a face mask would only be helpful to you if you wore it for a short period of time, wore the right one (N95) and never touched your face other than to take it off. That is the exact opposite of what people are doing right now.

This is the whole point of the wearing of facemasks in the first place. As long as everyone is wearing them, it causes you to feel scared, worried, and even depressed. This state of fear is the way tyrants and oppressors keep people controlled. The truth is that the mass use of facemasks during the “Great Scam of 2020” is nothing more than a propaganda tool to keep the masses under control—through fear.

So, yes, whether you like it or not, the empirical evidence demonstrates that your use or rejection of a facemask during this time really is indicative of your worldview and the ease with which you can be controlled. Therefore, to call mask wearers “sheeple” really is a fitting description.