The Silence of the Shepherds 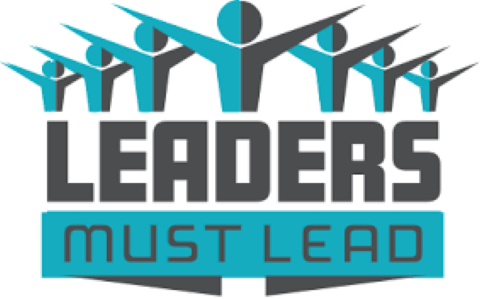 The Silence of the Shepherds

On this Memorial Day we should all take time to reflect upon those Americans who paid the ultimate sacrifice for our freedom and whose sacrifice preserved a form of government which protects those freedoms.

Something that is really troubling me, however, during this ‘plandemic’ is the fact that so many Americans are willing to throw all of their sacrifices away with the understanding that the federal government has something better in mind.  As a healthcare professional, it did not take me long to realize that something foul was afoot, and that the hysteria and panic being generated by the media and the politicians did not match the numbers.

The ‘crisis’ in which we currently find ourselves amounts to no more than a bad flu season.  All of the thousands of brave doctors and scientists who have decided to speak out are immediately silenced or censored.  Although this virus may be devastating to individuals with compromised immune systems, it in no way justifies suspending the entire Bill of Rights for all Americans.  If this were a true pandemic, the hospitals would not be empty.

I wonder if the deliberate move toward globalism in the wake of the ‘plandemic’ is stoppable, or if we can even stem the tide. My personal belief is that it is stoppable, but that massive peaceful resistance is necessary in order for this to happen.  For the uninitiated, I would like to clarify the above term ‘globalism.’

Globalism is a deliberate effort by the international communists to bring about a one world government. This includes, but is not limited to, 1) placing individuals under house arrest, 2) subjecting all citizens to forced vaccinations, 3) employing biometrics and mass surveillance, including 5G, to unlawfully spy on and monitor the movement of all citizens, and, 5) the total enslavement and/or elimination of ‘unwanted’ segments of society, i.e. population control through forced abortion, sterilization, and extermination of dissident non-conformers.  This globalist agenda is anti-God, anti-nation, anti-family, and anti-life.

Here in the Pacific Northwest I have attended demonstrations in both Washington and Idaho.  Attending these demonstrations have been families with children, outraged small business owners on the verge of losing their businesses, and peaceful citizens of every stripe, color, and political persuasion.  Conspicuously absent, however, were members of the clergy. I only recall seeing one member of the clergy who was a speaker at one demonstration.  This African American man of God was on fire and was a fearless and vocal opponent of international communism.

A shepherd’s job, after all, is to care for and protect his sheep.  “As the Father knoweth me, and I know the Father: and I lay down my life for my sheep.” John 10:15.

Many Protestant pastors refuse to get involved, insisting that it is not their duty to become involved in political affairs.  I wish they would tell that to their children, grandchildren, and their congregations once they find themselves living in the chains of slavery.  To pretend that the ‘wolves’ don’t exist and that the problems will resolve on their own is to bury one’s head in the sand.

One brave pastor in northern Idaho, Tim Remington, who continued to hold church services after the lockdown was announced was quickly overruled by his own church council who preferred to sit on the sidelines and be subservient to the state’s unreasonable demands.  As a result, his church was only open for one week.

If it is safe for Walmart, Costco, marijuana dispensaries, liquor stores, and abortion clinics to remain open, then it would be safe for churches to remain open as well.

Incidentally, mosques and synagogues remained open in England, while Christian churches were closed.  This is discrimination pure and simple.

In the Catholic Church, Pope Francis and the Catholic Bishops have been largely silent with regards to the lockdowns and the globalist agenda, until recently when a handful of Catholic cardinals and bishops, along with doctors, lawyers, journalists and heads of associations wrote a letter warning that the response to the current crisis is purposefully laying the groundwork for a one world government.

Titled “An Appeal for the Church and the World”, the three-page document warns that all of the draconian measures being implemented by the globalists are a prelude to a one world government with unlimited power.

They further rightly assert that “The State has no right to interfere, for any reason whatsoever, in the sovereignty of the Church,” asking that restrictions on the celebration of public ceremonies be removed.

The entire text can be read here; https://remnantnewspaper.com/web/index.php/articles/item/4881-worse-than-death-a-pandemic-warning-from-cardinals-sarah-mueller-zen-abp-vigano

Sadly, most of the Catholic bishops remain silent and/or are complicit with the state’s demands.

Understandably, when the ‘plandemic’ was first unleashed, the churches were apt to trust public officials, and they did not want to be blamed by the communist media and the government for contributing to the spread of the virus. However, now that the globalists have shown their hand, the churches have a sacred duty to act.  If the churches do not mobilize their congregations, this war is over.

Currently all of the churches, pastors, and churchgoers must be breathing a sigh of relief now that the churches are slowly starting to open back up.  However, let us not be deceived.  An article today appearing on Lew Rockwell warns that the economic ‘reopening’ is a fake out and that future lockdowns are already planned by the globalists; https://www.lewrockwell.com/2020/05/brandon-smith/the-economic-reopening-is-a-fake-out/

Many people think that this is unrealistic and that things are just going to go back to ‘normal’.  Not so fast, as the WHO just warned today that a ‘second peak’ is coming; http://www.msn.com/en-us/news/world/who-warns-of-second-peak-in-areas-where-covid-19-declining/ar-BB14zGw0?li=BBnb7Kz&ocid=HPCOMMDHP15

The churches collectively represent a sleeping giant.  If we are to preserve the freedoms that we have cherished as Americans, the freedoms which countless millions of men and women have fought and died for, then we must take to the streets and say NO.  As neighbors, friends, Democrats, Republicans, men, women, black, white, Christians and all men of good will, we must put aside our differences and resist this tyranny.  Donald Trump is not going to win this battle for us.

The pastors should lead the way as true shepherds of the flock of Christ.

One of my sons listens to old Irish/Scottish music.  One of the songs, Scots Wha Hae, has a wonderful tune, but the archaic English is all but impossible to understand, so I decided to look up the meaning of the words the other day.

Written by Robert Burns, the famous Scottish poet, the lyrics were taken from a speech given by Robert the Bruce before the Battle of Bannockburn in 1314, were Scotland won its independence from England, as depicted in the movie Braveheart.

Who will be a traitor knave?

Who will fill a coward’s grave?

Let him turn, and flee.