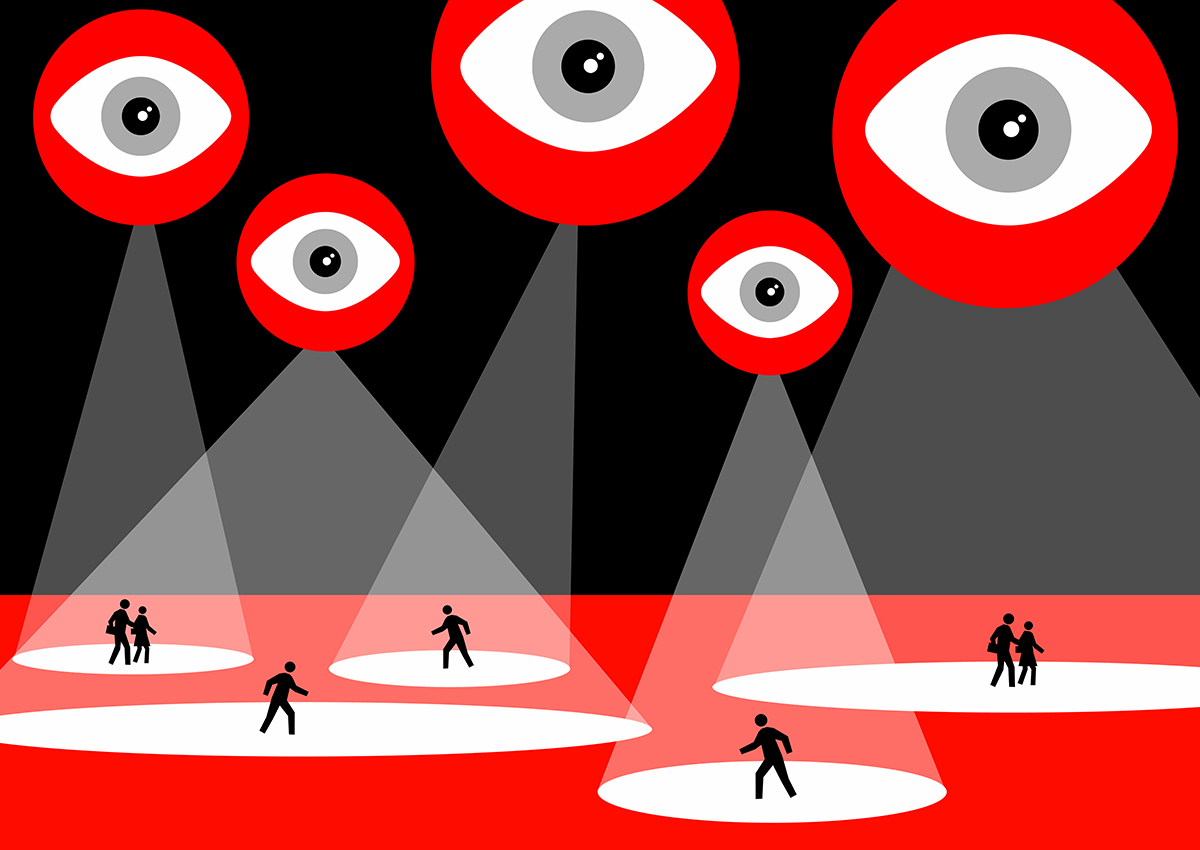 Idahoans need to be skeptical about the state government’s plan to use software and hundreds of employees known as “contact tracers” to investigate and keep tabs on you. They’ll know where you’ve been, with whom, and whether you’re experiencing any medical symptoms.

Gov. Brad Little’s contact tracing strategy is being implemented without legislative oversight. Worse, there’s no guarantee the software used to monitor Covid-19 patients won’t morph into something nefarious, as I predict it will.

“We believe that we need to reduce the human-to-human contact rate of Americans by 90 percent to stop this epidemic,” Mitre’s researchers warned. They pleaded with officials to restrict travel, close businesses, and cancel group events until there are no new cases for one week.

“The emergency policies outlined in this brief are essential for the health and economic security of U.S. citizens,” Mitre’s researchers wrote. “While they may appear painful, costly, and intrusive, these measures are critically important to suppress, and eventually eliminate, the spread of COVID-19 among Americans.”

Consumer Reports reported in April that Mitre and Dimigi, the developer of contact tracing application CommCare, are “in discussions with Apple and Google about what it would take to integrate their software with the tech giants’ proximity tracing. In that scenario, people who are notified via the Apple-Google system that they may have been exposed to the virus would be given the option to sign up for Sara Alert or CommCare.”

That they are planning such an effort is not surprising, as the folks at Mitre have made it abundantly clear they’re concerned about a second wave of Covid-19. Paul Jarris, a former Vermont health commissioner, is a chief medical advisor for Mitre. Jarris opines, “If we relax social distancing, we’re going to have a rebound.”

That will require officials to quickly “isolate people with symptoms, take their contacts and actively manage them on a daily basis. If there’s going to be a second wave, like the CDC says, we need to have a tool in place,” he said. If that occurs, it’s easy to imagine privacy taking a backseat to surveillance in order to beat back the pandemic.

Not everyone is worried about contact tracing as I am. Matthew Guariglia, a privacy and surveillance policy analyst at the Electronic Frontier Foundation said, “of all the Covid-related scenarios I’ve seen, this one is the least likely to make me lose sleep.”

He may be right — for the moment.  But in the long run, I’m confident that he’s most definitely wrong.

I’ve watched this movie many times before, and it always ends the same: Government takes a proposition, makes it sound innocuous, implements it, and turns it into something else. This would be called a “bait and switch” if it weren’t so obvious. I refuse to participate in any government electronic-monitoring scheme that smacks of a 1984 dream. I hope you opt out, too.

It’s difficult to imagine that state health “experts,” in the height of an “emergency,” won’t plead to do more, to use all the “tools in the toolbox” to mitigate deaths, even at the expense of constitutionally-protected rights.

Even if you think that cannot possibly happen here, consider that just a few months ago, nobody imagined that the government would shutter the economy or arrest people for earning a living, going to a park, or holding church services. It could happen here.