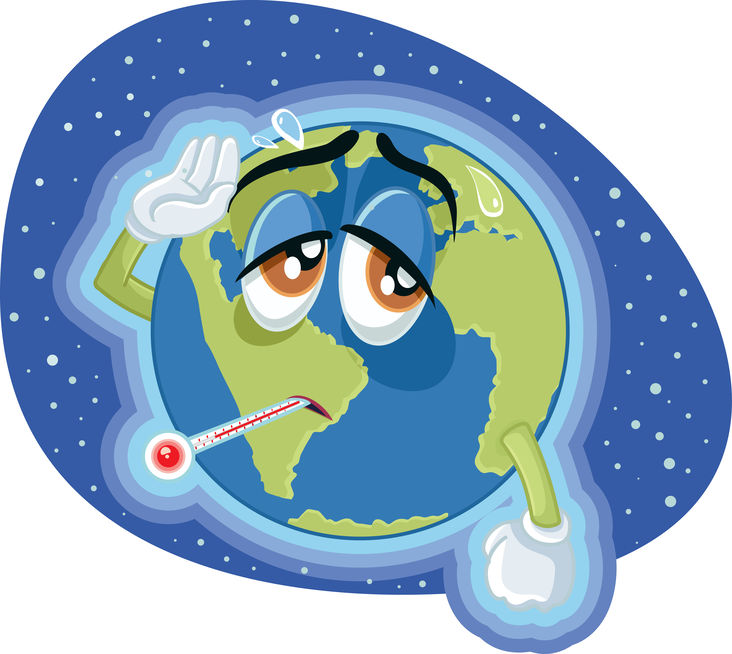 Of the many responses to the outbreak of the COVID-19 virus, none was more predictable than the effort by climate activists to exploit the crisis for their own political purposes.

It was an intolerable situation. Climate alarmists suddenly found themselves relegated to the sidelines as the country confronted a real threat, one with deadly consequences.

It didn’t take long, however, for the Climate Industrial Complex to come up with a slapdash study linking COVID-19 to fossil-fuel-induced climate change and for that message to be trumpeted by the usual suspects in the hope of drawing attention to an issue that was being overshadowed by events.

In late April, Harvard University’s T.H. Chan School of Public Health published a study claiming that a miniscule increase in long-term exposure to fine particulate matter (PM 2.5) — one microgram per cubic meter – increases the risk of dying from the novel coronavirus by 8%.

“Scientists are warning us that air pollution makes Covid-19, which strikes at the lungs, more deadly,” they wrote. “Nonetheless, in the space of about a month, the president has repeatedly undermined rules limiting air pollution. Tens of thousands of Americans will die as a result.”

The study Bloomberg and McCarthy are basing their claims on is “COVID-19-PM2.5: A National Study on Long-Term Exposure to Air Pollution and COVID-19 in the United States.” by lead authors Xiau Wu and Rachel C. Nethery. Given the study’s statistical flaws, it appears to have been rushed out to take maximum political advantage of the COVID-19 crisis.

Sloppiness is everywhere. For example, the study utilizes county-wide data that do not adjust for individual health differences.

“The authors say they control for county population size, age distribution, the beginning of the outbreak, time since a state’s issuance of stay-at-home order, weather, and socio-economic status,” the Wall Street Journal noted (May 4) points out in an editorial. “Yet they don’t examine how death rates differ among individuals who are exposed to different levels of PM2.5 or how pollution levels vary across neighborhoods in cities. Nor do they count deaths after April 22, though fatalities have since increased by nearly 50% while the virus has spread to rural areas.”

The Journal notes further that tightening the screws on particulate matter is a back-door way of regulating carbon dioxide emissions from power plants, something the Supreme Court prohibited the Obama EPA from doing in a 2015 decision. But CO2 is the designated boogey-man of climate alarmists. Hence the effort to create a nexus where none exists.

When the Trump EPA announced in April that it was leaving the Obama-era levels for particulate matter in place, rather than tightening them, alarmists seized the opportunity to link the decision to COVID-19.

In making its announcement, EPA said the scientific evidence as a whole “does not call into question the public health protection provided by the current annual 24-hour PM2.5 standards.” The agency added that “there is considerable uncertainty in the potential public health impacts of reductions in ambient PM2.5 below the concentrations achieved under the current primary standards and, therefore, that standards more stringent than the current standards are not supported.”

Average PM2.5 concentrations in the U.S. fell by 39% between 2000 and 2018 while average PM10 concentrations fell by 31% during the same time period, according to EPA data.

“President Trump must be held accountable for his rejection of science, facts, and reality. For both COVID-19 and the climate crisis, the anti-science policies from this administration are pushing our nation into crisis,” Podesta said in a statement.

Not Walking the Plank

Americans, by overwhelming majorities, were not willing to sacrifice their livelihoods for the climate before they were put through the ordeal of COVID-19 lockdowns, and they certainly aren’t now.

A Harris poll taken May 12 found that 62% of U.S. adults surveyed said climate change wouldn’t damage the American economy if left unaddressed, the Washington Times reported. Yet a Reuters/Ipsos poll found last year that Americans were unwilling to install solar panels, carpool or take the bus, reduce eating meat, pay an additional $100 in taxes, drive an electric car or pay an additional $100 or more on their annual electricity bill to fight climate change.