Did a Judge Just Rule That the Democrats May Steal Texas Via Vote-by-mail? 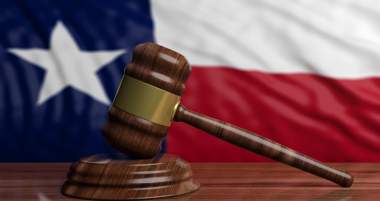 Did a Judge Just Rule That the Democrats May Steal Texas Via Vote-by-mail?

It’s well known that, given how the large states of California and New York reliably vote Democrat, Republicans must win Texas in a presidential election to have any realistic chance of capturing the White House. Now a federal judge has just made this less likely, say critics, by ruling that all Lone Star State voters may cast ballots by mail in the November election.

That voting in person poses the threat of Wuhan coronavirus infection is supposedly the concern, even though Texas now has few disease-related restrictions and people are mingling for even frivolous reasons.

New York’s Daily News reports on the court case, writing, “In a decision issued on Tuesday, U.S. District Judge Fred Biery came down on the side of Texas Democrats in their challenge to the state’s existing law, which allowed only disabled voters and voters over 65 to use mail-in ballots.”

“In the ruling, Biery argued that the law violated the 26th Amendment by discriminating against voters based on age, and added that voters who do not have immunity to coronavirus could be considered to have a physical condition that keeps them from voting in person,” the paper continued.

If Biery’s interpretation of the amendment appears a stretch, it may be because he seems more concerned with weaving colorful prose than with constitutional rectitude. Reflecting this, he wrote in his opinion that “Americans now seek life without fear of pandemic, liberty to choose their leaders in an environment free of disease and the pursuit of happiness without undue restrictions,” relates the Washington Examiner.

“There are some among us who would, if they could, nullify those aspirational ideas to return to the not-so-halcyon and not-so-thrilling days of yesteryear of the Divine Right of kings, trading our birthright as a sovereign people for a modern mess of governing pottage in the hands of a few and forfeiting the vision of America as a shining city upon a hill,” Biery continued.

Is he talking about the Machiavellians who use vote fraud to seize power?

As for “fear of pandemic,” we can live without it if we understand that pandemics aren’t unusual — only the fear is. For example, I’ve often cited the many flu pandemics — notably in 1918-19, 1957, and ’68 — that have taken far more American lives than the Wuhan virus has (especially when adjusted for population increase). Moreover, places that never “locked down,” such as South Dakota and Sweden, are managing the virus quite well.

Note also that American elderly were dying of the flu for a few weeks during the 2017-18 winter season at the rate of 169 a day. Yet we didn’t scramble to establish widespread mail-in voting.

Biery also pooh-poohed the prospect of vote fraud, writing that the “Court finds the Grim Reaper’s scepter of pandemic disease and death is far more serious than an unsupported fear of voter fraud in this sui generis experience,” the Examiner further relates.

But the Court likely finds wrong. It’s doubtful that Biery knows much about the current contagion above and beyond the mainstream media narrative. Furthermore, vote fraud threatens our republic’s very foundation and, since it influences who wields power, can lead to pandemics (and everything else) being mishandled. (Just consider how statists have killed nursing home residents — and are currently oppressing Americans — with bad Wuhan virus policy.)

Vote fraud is an established fact, too. Consider, for instance, the more than 1,100 documented cases of vote fraud spanning 47 states — a figure including 1,019 criminal convictions — recorded in the Heritage Foundation’s voter-fraud database. There you can follow links to the actual names of perpetrators and the government documents relating to their cases. By the way, every case in it that I analyzed involved Democrats.

There’s further evidence of vote fraud as well, including that of illegal aliens voting in Texas (video below). 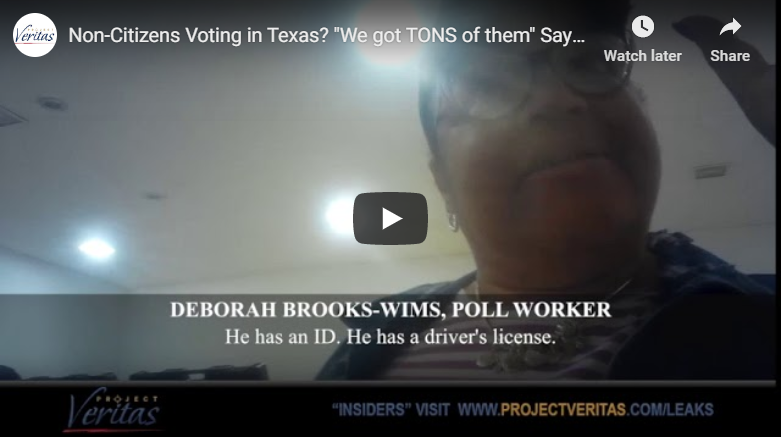 While the above doesn’t involve vote-by-mail scams, the movement for widespread mail-in voting is new. Moreover, it’s no coincidence it’s being pushed by the same people who encourage “Motor Voter” laws and early voting and oppose voter ID and any other effort to safeguard our electoral system.

Why is wide-scale main-in voting dangerous? Well, imagine millions of ballots mailed, to all registered voters, “and having some politicized ‘organizer’ pick them up,” as Breitbart wrote last month. The site then continued:

“Sir, I’m here to pick up your presidential ballot.”

“I haven’t filled it out. You know, I’m not really paying attention.”

Seriously, can you imagine?

Or how about the very idea of these “organizers” in possession and in control of who knows how many hundreds or thousands of ballots?

In other words, it could enable vote fraudsters to take ballot harvesting to a new level. To understand ballot harvesting, watch the video below (relevant portion begins at 1:27, but the entire presentation is worth viewing). 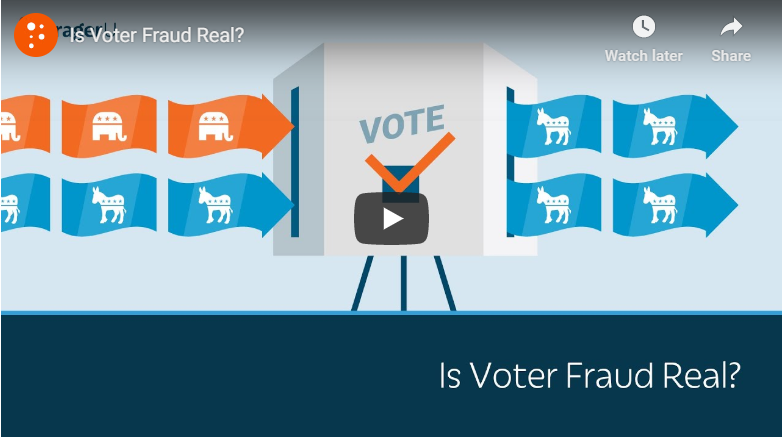 As for Judge Biery’s decision, Texas Attorney General Ken Paxton has already announced he will appeal it. He should, too. For as the Daily Signal put it last month, “Absentee ballots are the tools of choice of election fraudsters because they are voted outside the supervision of election officials, making it easier to steal, forge, or alter them, as well as to intimidate voters.”

Selwyn Duke (@SelwynDuke) has written for The New American for more than a decade. He has also written for The Hill, Observer, The American Conservative, WorldNetDaily, American Thinker, and many other print and online publications. In addition, he has contributed to college textbooks published by Gale-Cengage Learning, has appeared on television, and is a frequent guest on radio