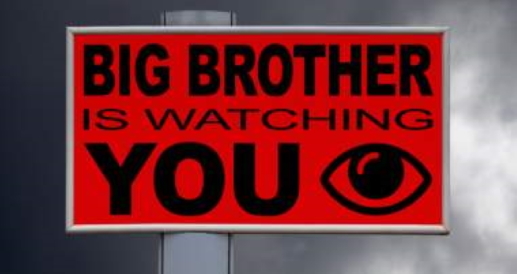 Under the guise of fighting the coronavirus, governments across the United States and beyond are partnering with shady organizations connected to the Clintons and George Soros to deploy Orwellian “contact tracing” schemes involving technology and tens of thousands of new government workers to track everyone. Families may be forcibly separated. And military forces and war-like rhetoric are already being used as the effort to shred all vestiges of privacy advance. At least one world leader even suggested putting microchips under children’s skin to track them.

In Congress, Democrat lawmakers are pushing a massive bill, H.R. 6666, to fund a national surveillance regime of “contact tracing” that would include sending swarms of government agents around visiting peoples’ homes. Known as the COVID-19 Testing, Reaching and Contacting Everyone (TRACE) Act, the unconstitutional legislation would pump $100 billion just in 2020 into tracing and quarantining anyone who may have supposedly been exposed to the virus. Prospects for passage remain unclear, but freedom activists are already gearing up for a fight.

The disgraced World Health Organization, meanwhile, has been advocating similar tracking schemes to facilitate the forcible removal of family members from their own homes, supposedly to deal with the virus. A “central part” of contact tracing will be to “remove” individuals from the comfort of their own houses and families if they become or might possibly be suspected of becoming sick, WHO “emergencies” boss Michael Ryan said in a bizarre UN press briefing outlining the unprecedented plan.

“At the moment, in most parts of the world, due to lockdown, most of the transmission that is actually happening in many countries now is happening in the household, at family level,” he declared last month. “In some senses, transmission has been pushed off the streets, and pushed back into family units. Now, we need to go and look in families to find those people who may be sick, and remove them and isolate them in a safe and dignified manner.”

Did you catch that? The WHO wants government bureaucrats invading family homes to search for suspected sick people so they can be removed from their homes and families. Adding insult to injury, the WHO bureaucrat later claimed that the virus might “never” go away. While President Donald Trump has blasted the WHO and cut its funding for serving as a propaganda mouthpiece for the mass-murdering Communist Chinese dictatorship, some American totalitarians have apparently been paying attention.

Ventura County, California, bureaucrats, for example, seem to have taken WHO Ryan’s message to heart. In a press conference that drew nationwide outrage, county officials there announced that they would be removing family members from their own homes based on “contact tracing” schemes if the homes did not have enough bathrooms. Other state and local governments promptly followed suit after that, with Democrat governors and mayors scrambling in an apparent effort to see who could come up with the most abusive and outrageous policies.

Washington State Governor Jay Inslee, a radical Democrat, boasted that contact tracing would be a “smart weapon” to be used on families — some of whom will be separated from each other, according to Inslee and other government officials. Job postings revealed that the state Department of Children, Youth, and Families was even seeking workers to “supervise” and “support” children in “Emergency Quarantine Centers.” It was not immediately clear what sort of medical care or treatments might be foisted on the children, or if their parents would be consulted.

In an Orwellian press conference, Inslee also noted that even those residents without positive test results could be involuntarily quarantined, and that “highly trained” government operatives would be leading the charge. Much of the work will be led by military forces, with the governor bringing on a National Guard lieutenant to support his schemes. “It is just great to have people who understand discipline and the importance of following orders,” added Inslee, a radical left-wing extremist, who repeatedly bragged that the troops would “follow orders.”

Some of the nation’s most totalitarian-minded governors, including Democrat California Governor Gavin Newsom and New York Governor Andrew Cuomo, joined former President Bill Clinton to tout the contact-tracing schemes. “We have tracing capacity that predated COVID-19, it goes back to SARS, measles, TB, etc.,” boasted Newsom, adding that much of that capacity is at the county level. “We’re building off that existing infrastructure.”

Cuomo, speaking of a seven-state consortium, celebrated the hiring of “an army of tracers” for this “unprecedented” operation. Ignoring constitutional restrictions, Clinton boasted that this would be the first time America would have a “real public health system, a real public health corps.”

In New Jersey, Governor Phil Murphy sounded like a wannabe military general in his ramblings about contact tracing. “We will need to recruit and deploy an army of contact tracers whose sole purpose will be to identify these individuals so we can follow up and ensure they do not contribute to further spread of COVID-19,” he said, adding that these teams would be “augmented by a SWAT team as well, from the Department of Health.”

Remember, that is the same governor who admitted to ignoring the Constitution and the guaranteed rights of the people he is supposed to be serving. When asked by Fox host Tucker Carlson, “By what authority are you nullifying the Bill of Rights?” Governor Murphy laughed. “I’m afraid that is above my pay grade,” he said. “I wasn’t even thinking of the Bill of Rights.” His contact-tracing armies and SWAT teams being deployed provide further evidence of that, as if any were needed.

At the federal level, in her own calls for such schemes, Senator Elizabeth Warren (D-Mass.) blasted Trump, saying “Congress must step in, and that’s why we have proposed the Coronavirus Containment Corps.” This new government “corps” would “rapidly expand our public health workforce to augment public health authorities’ capacity,” she added. “Building the Coronavirus Containment Corps is more than a health imperative: it’s a plan to put Americans back to work,” the notoriously dishonest lawmaker claimed, outlining a plan to have the CDC takeover state, local, and tribal health departments to do her bidding. Some plans in D.C. call for hiring hundreds of thousands of these “contact tracers.”

In New York City, authorities are discriminating against Christians, Jews, and Muslims in hiring “contact tracers.” Among other requirements, the job listings demand that all applicants “understand the concepts of institutional and structural racism and bias and their impact on underserved and underrepresented communities.” The would-be snoops also must have “a demonstrated commitment to supporting communities who have experienced systemic oppression and bias (e.g. people of color, LGBTQ people, immigrants, justice involved persons, etc.)”

In Europe, various governments are considering proposals to allow people to create “social bubbles” that would allow them to visit a designated list of a few friends and family — but nobody else. Because of the obvious difficulties in enforcing any such scheme, authorities in the United Kingdom and Belgium have considered using tracking apps on people’s smart phones. One critic referred to the scheme as “prison training.”

In Israel, meanwhile, the Jerusalem Post reported on May 8 that Prime Minister Benjamin Netanyahu argued for micro-chipping children with sensors in their bodies to help fight coronavirs. “That is, technology that has not been used before and is allowed under the legislation we shall enact,” he said. “I spoke with our heads of technology in order to find measures Israel is good at, such as sensors. For instance, every person, every kid — I want it on kids first — would have a sensor that would sound an alarm when you get too close, like the ones on cars.” Critics blasted the idea.

In China, the mass-murdering communist regime is using smart-phone apps and algorithms to determine whether Chinese subjects are allowed to move around freely. European governments are using similar technologies. And unless the American people rise up, similar totalitarian surveillance tools will almost certainly be unleashed in the United States, too. At least one “expert” cited in the press, Crystal Watson with the Johns Hopkins Center for Health Security that hosted the suspicious “Event 201,” estimated that America would also need “a bare minimum” of 100,000 contact-tracing agents.

Several of the companies and organizations involved in the “contact tracing” business have very close ties to globalist billionaires George Soros and Bill Gates, as well as the UN, WHO, the World Bank, and other internationalist outfits. Dimagi, for instance, which is working with authorities across the United States and beyond, uses an app based on WHO protocols to track everyone. It boasts that its “partners” include the Gates Foundation, the U.S. Agency for International Development (USAID), and the World Bank.

Another key organization involved in this process is known as “Partners in Health.” Already selected by left-wing Republican Governor Charlie Baker of Massachusetts to train agents and conduct “contact tracing” in the state, the group is now facing major scrutiny. Among other concerns, the organization is funded by Soros, who said on national television he felt no remorse for helping National Socialists (Nazis) steal property from Jews as a child. Population-control fanatic Bill Gates is also a major funder. And Chelsea Clinton, daughter of Bill and Hillary, sits on its board.

In an alert urging the grassroots to push back, the constitutionalist John Birch Society warned about the all-out assault on individual liberty, privacy, and the U.S. Constitution represented by some of these schemes. “We ought not to let the Deep State, the government and Big Tech, compel Americans into surrendering their God-given rights and freedoms under any circumstances,” explained the organization, an affiliate of this magazine, urging members and allies to oppose H.R. 6666 on contact tracing. “Returning to ‘normal,’ does not and should never entail granting the government a massive overreach of power at the expensive of liberty.”

More than a few religious leaders are also speaking out. In a letter signed by a coalition of Catholic cardinals and bishops, the clerics warned about government tracking as a means to even more draconian ends. “We have reason to believe, on the basis of official data on the incidence of the epidemic as related to the number of deaths, that there are powers interested in creating panic among the world’s population with the sole aim of permanently imposing unacceptable forms of restriction on freedoms, of controlling people and of tracking their movements,” they wrote, calling for “tracking systems” to be “rigorously” avoided. “The imposition of these illiberal measures is a disturbing prelude to the realization of a world government beyond all control.”

Under the guise of “protecting” Americans from coronavirus, the Deep State and its useful idiots is waging all-out war on privacy and other fundamental rights. However, as America’s Founding Fathers warned, giving up liberty in exchange for security will leave people with neither liberty nor security. Americans concerned about their God-given rights must speak out now, or they may be compelled to forever hold their peace as individual rights and America’s constitutional republic are sacrificed on the altar of false temporary safety. The stakes are that huge.

Pelosi Pushes $3 Trillion Coronavirus Aid Package; Up To $6,000 Per Household

Next in Coronavirus Tyranny: Forced Vaccinations and “Digital Certificates”

Amid COVID-19, Deep State Moves in for the Kill Against Churches