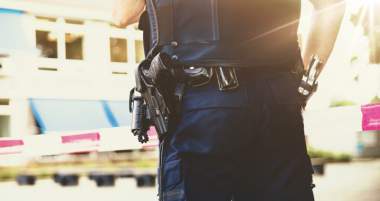 Increasingly concerned that he and many fellow officers were being forced to violate their oaths of office in order to enforce COVID-19 stay-at-home edicts, Port of Seattle police officer and Special Forces veteran Greg Anderson posted a video on his Instagram page on March 6 expressing his concern. It runs about eight minutes.

It’s worth watching. In it he says:

I’ve seen officers nationwide enforcing tyrannical orders against the people. I want to remind you, regardless of where you stand on the coronavirus, we don’t have the authority to do those things to people just because a mayor or a governor tells you otherwise.

We don’t get to violate people’s constitutional rights because someone in our chain of command tells us otherwise. It’s not how this country works….

You need to step up and say “No, that’s not me, that’s not what I signed up for, and that’s going against my oath.” And if it costs you your job, so be it. At least you’ll be able to look at yourself in the mirror at night. 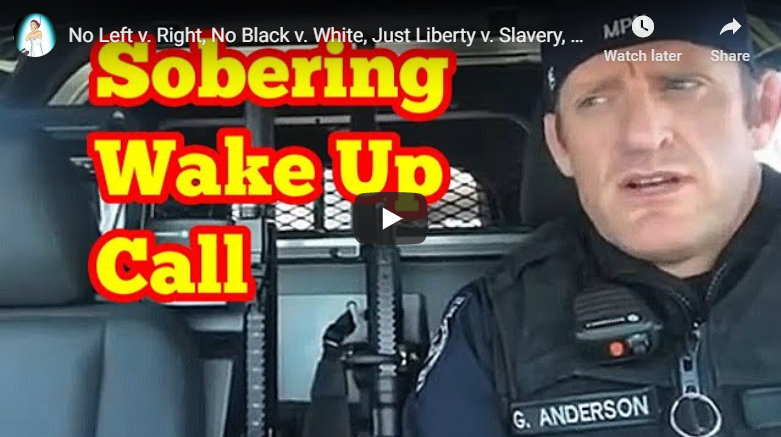 He expanded on the rights police are asked to violate, all because of superiors’ orders: “I’m seeing people arrested or cited for going to church, for travelling on the roadways, for going surfing, opening their businesses.”

Within hours his post got traction, and attention, not all of it favorable. He explained that early on his superiors supported him for expressing opinions that they themselves held.

But then the powers-that-be descended on him, demanding that he remove the post.

He refused, posting a second video explaining why. 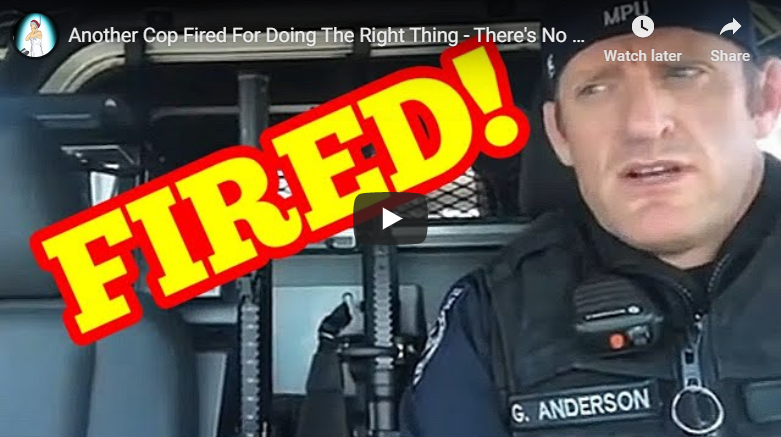 The “powers-that-be,” in the person of Anderson’s boss, Port of Seattle Police Chief Rod Covey, explained why sanctions had to be applied:

Officer Greg Anderson is on administrative leave while we look into allegations that he violated our policy on the use of social media….

For 43 years I have served in the law enforcement profession, and plan to do so for a couple more years….

In my case, the one main way that we are different is that I have the responsibility to make sure that all of my officers do what we all signed up to do which is to protect and serve all Americans. And to do it while adhering to our training and our policies — all of them.

As the “Sage of Baltimore” H.L. Mencken wrote in 1917, “explanations exist; they have existed for all time; there is always a well-known solution to every human problem — neat, plausible, and wrong.”

What’s wrong with Covey’s “explanation” is that it is a thinly veiled claim Nazis used to justify similar actions during the Third Reich. Called the “Nuremberg defense,” Covey claims that he is following orders and punishing Anderson for not following them.

While Covey’s cover is plausible, he would no doubt claim innocence of violating his oath of office because he was following orders.

This is reminiscent of Adolph Eichmann’s claim that he was innocent of ordering and carrying out the murder of innocent Jews during his trial in 1945:

I cannot recognize the verdict of guilty.… It was my misfortune to become entangled in these atrocities.

But these misdeeds did not happen according to my wishes. It was not my wish to slay people.… Once again I would stress that I am guilty of having been obedient, having subordinated myself to my official duties and the obligations of war service and my oath of allegiance and my oath of office, and in addition, once the war started, there was also martial law….

I did not persecute Jews with avidity and passion. That is what the government did.… At that time obedience was demanded, just as in the future it will also be demanded of the subordinate.

“Just as in the future it will also be demanded of the subordinate.” That is the real message being delivered by Anderson’s suspension: behave, ignore your solemn oath, follow orders, or lose your livelihood.

When a close friend of Anderson’s wife set up a GoFundMe page to help the Andersons with expenses to be incurred following his inevitable termination, the goal was $50,000. As this is being written Anderson’s GoFundMe effort has raised $400,000.