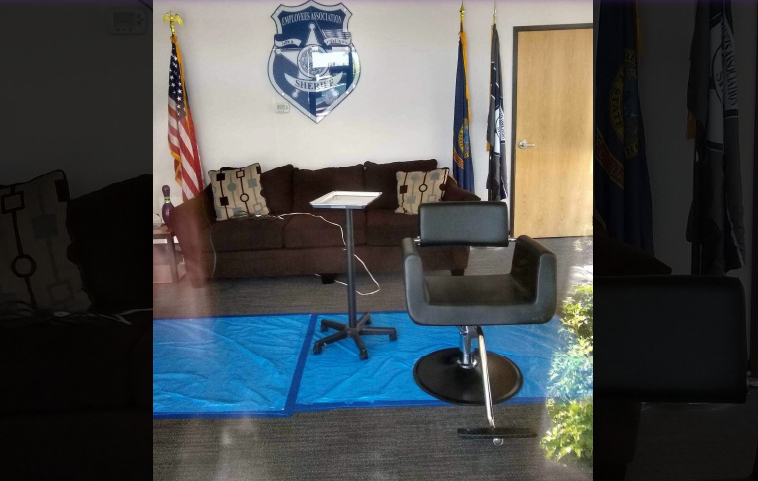 An unknown number of deputies of the Ada County Sheriff’s Office have been using a private and possibly illegal hair salon to keep their appearance neat and tidy during the COVID-19 crisis and government shutdown of Idaho’s economy, the office confirmed Tuesday.

The covert salon was set up at the clubhouse of the Ada County Sheriff’s Office Employees Association, off Liberty Street in Boise. It’s unclear if the association is still giving haircuts at the location.

The hair salon was operated by the association even as privately-owned salons were shuttered by Idaho Gov. Brad Little’s stay-home order, originally issued in late March. That order gave way to the governor’s reopening plan, which Little announced on April 30. His plan keeps salons closed until May 16.

Originally, McLean’s plan dictated that Boiseans – cosmetologists included – follow social distancing guidelines through the end of June. McLean has since suggested that Boise salons might be able to open on May 16, too.

Patrick Orr, Ada County Sheriff’s Office public information officer, told the Idaho Freedom Foundation Tuesday that the association believes an exemption in Little’s order allows cops to use the salon because officers are essential. That exemption also allows other businesses to serve the cops’ needs.
“The employee association interpretation of Gov. Little’s stay-at-home order determined that a specific exemption existed for businesses that provide support for law enforcement and first responders,” Orr wrote in an email.

The sheriff’s office handbook, Orr noted, requires employees to “wear their hair neatly trimmed, and well-groomed at all time while on duty. General appearance shall be consistent with contemporary business and military style. Unnatural dye colors or radical length differences, such as a ‘spike’ shall not be worn.”

Orr added, “The person who cut the hair [is a] significant other of a member of the ACSEA and is a licensed cosmetologist.”

For its part, the sheriff’s association did not answer several requests for comment.