28 Million Reasons Not To Trust A Mail-In Election 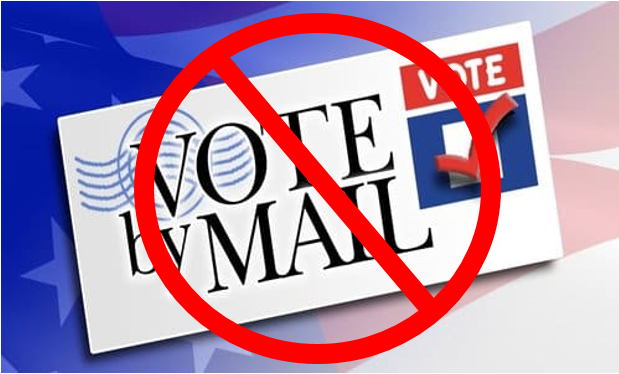 28 Million Reasons Not To Trust A Mail-In Election

“No idea.” That was the only answer state and local officials had. When a federal elections commission started asking questions, not one person had any explanation for the 28.3 million mail-in ballots that have gone missing since 2012.

As far as they’re concerned, one in five absentee votes just vanished. No one knows if it’s fraud, system failure, general ineptitude, or a combination of all three. What we do know is that Democrats want us to trust this same process — on a national scale — this November. Thank you, but no thank you.

Four elections. At least seven million missing votes each. By way of comparison, Mark Hemingway at RealClearInvestigations points out, Hillary Clinton won the 2016 popular vote by 2.8 million. “But nearly six million unaccounted mail-in ballots were never counted in 2016 — more than twice her margin in the popular vote.”

If that doesn’t rattle you, consider this: according to the federal Election Assistance Commission, these are all low-ball estimates. For starters, the 28.3 missing ballots doesn’t include the number that were “spoiled, undeliverable, or came back for any reason.”

Making matters worse, not every area of the country reported back with their statistics — including major cities like Chicago. In other words, this is just the tip of the malfunctioning iceberg.

And these problems, analyst Logan Churchwell shakes his head, aren’t getting much attention. First of all, they’re embarrassing for election officials — and secondly, “people just aren’t paying attention.” But they’d better start. With Democrats trying to use the coronavirus to push America toward its endgame of universal mail-in ballots, voters need to wake up to the gamble they’d be taking with democracy.

Already, two liberal senators, Amy Klobuchar (Minn.) and Ron Wyden (Ore.), are trying to capitalize on people’s fears with what they call the Natural Disaster and Emergency Ballot Act of 2020. But frankly, Americans ought to be more afraid of the chance they’d be taking with their vote.

On “Washington Watch,” Senator Roy Blunt (R-Mo.), who worked as an election official for two decades, said he has plenty of concerns about the idea — not the least of which is the incredibly short timetable to get a new process up and running. “One is just a very practical reason that adjusting from whatever system you have to a system with big changes is hard to do. It’s hard to do in any election but it’s particularly hard to do in a presidential election.

And two is, while I think ultimately how a state conducts its elections should be left to the state, not the federal government, I have concerns if you don’t have real safeguards on who gets to cast that ballot, and who actually receives the ballot, and who collects the ballot.”

Democrats, he goes on, are talking about a system with no witnesses, no voter ID, no certainty that your vote would even be delivered. “These are things that any rational person should be concerned about.” Now, obviously, the traditional absentee ballot is fine for people who are physically incapable of going to the polls because of illness or military service, etc.

Those are the scenarios, we know from ballot harvesting in more lenient states, that are ripe for abuse. In California, anyone can “walk into an elections office and hand over truckloads of vote-by-mail envelopes with ballots inside,” Townhall explains — no questions asked, no verified records kept.”

In 2018, there were stories of Democrats all across the state knocking on doors to either “help” people vote or pick up their ballots for supposed delivery. What’s to stop someone from trashing those ballots? Or, as officials in Texas discovered, vote for you? “The harvesters sit around and fill these out by the hundreds, often by the thousands,” said one political consultant.

The reality is, Democrats are only forcing this issue because they think it’ll help them win. As FRC’s Ken Blackwell points out, it opens the door to “voter fraud and coercion… and gives partisan activists absolute control over physical ballots.” Does a mail-in balloting system guarantee your vote won’t count? No. But even the New York Times admits that the possibility for fraud “is vastly more prevalent than in-person voting…”

We cannot let anyone exploit this crisis, Ken argues, to take away the integrity of our elections. “This pandemic may seem like it’s changed everything, but it has not changed the rules of our constitutional republic. Let’s keep it that way.”