The Beauty of the Fair Tax 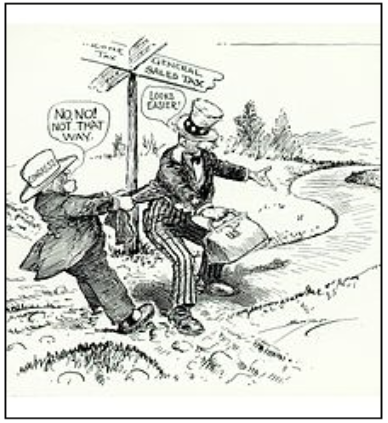 The Beauty of the Fair Tax

I recently read the bestselling 538 page book from Wayne Jett – The Fruits of Graft. https://www.classicalcapital.com .

It took me several weeks to finish the book but it was well worth the time. Of particular interest was Chapter 18 about the Fair Tax being the best taxing system to Make America Great Again. I had heard about the Fair Tax in 2008 during the Ron Paul Campaign, but only in passing. Wayne Jett has made a believer of me as he brilliantly presents it.

We can’t keep doing business as usual so we need an alternative to Keynsianism and Monetarism that has proven so disastrous. I had liked the idea of a Flat Tax, but the political pawn IRS would still be around. I liked the idea of a Consumption Tax, but I thought the tax rate would be so high it would never be acceptable.

A single, all-encompassing National Sales Tax would be high, but at least it would reflect how high our taxes really are, instead of being hidden through the many large, medium, and small tax bites which are like so many parasites on We the People.

HR 25 is the bill introduced by Rep. Rob Woodal of Georgia that would enact the Fair Tax https://www.congress.gov/bill/115th-congress/house-bill/25

“This bill is a tax reform proposal that imposes a national sales tax on the use or consumption in the United States of taxable property or services in lieu of the current income and corporate income tax, employment and self-employment taxes, and estate and gift taxes. The rate of the sales tax will be 23% in 2019, with adjustments to the rate in subsequent years. There are exemptions from the tax for used and intangible property, for property or services purchased for business, export, or investment purposes, and for state government functions.

Under the bill, family members who are lawful U.S. residents receive a monthly sales tax rebate (Family Consumption Allowance) based upon criteria related to family size and poverty guidelines.

The states have the responsibility for administering, collecting, and remitting the sales tax to the Treasury.

No funding is authorized for the operations of the Internal Revenue Service after FY2021.

Finally, the bill terminates the national sales tax if the Sixteenth Amendment to the Constitution (authorizing an income tax) is not repealed within seven years after the enactment of this bill.”

HR 25 would repeal all taxes on income, payrolls, estates, and gifts upon enactment.

The National sales tax would be equal to 23 cents on the dollar expanded for NEW good and services purchased by the end user. Another way of saying this is there will be a tax of 30 cents on an item priced at a dollar.

If that seems too high, at least it is transparent, and We The People would be more likely to whittle down spending, especially by adhering to the Constitution as ratified.

Yes, it seems high, but think of the benefits.

There would be no underground economy which would eliminate the need for a blockchain technology currency scheme being considered as legal tender to catch tax evaders. A legal tender Fedcoin would result in the National Government knowing everything about us, while we would know nothing about government operations.

No tax free foundations like the Bill and Melinda Gates Foundation.

Save $10 billion closing down the IRS since States could collect the Fair Tax on behalf of the Federal Government.

Interest income is not taxed. This would promote people to save again.

There would be no estate or gift taxes.

Businesses would be exempt since they only build the taxes into their price anyway. Federal taxes are estimated to be 22% of end products now. A growth in GDP of 10% is foreseen. We would all benefit.

The Fair Tax would apply to the purchase of a NEW home (not to sale of a used home) but the housing market would find its true equilibrium. Consider the cost of a new home would be reduced by no payroll taxes on labor and materials to build it.  Capital gains would not be taxed on the sale of the home.

The Fair Tax favors production over consumption, since production is not taxed, but consumption is. The tax base would be broadened by not just taxing employees, but all consumers.

In addition, a return to the Gold Standard of hard money is needed, and repeal of the 16th Amendment. With money supply backed by gold (and possibly silver) there would not be the booms and busts with Federal Reserve tinkering, which only benefits the 1%, to the detriment of the rest of us. The economy would be stable and predictable with almost none of the hidden tax of inflation.

The National Fair Tax would be so successful States would likely follow suit with their own Fair Tax version.

But what about the regressive nature of a consumption tax to the poor? Every citizen would receive a Pre-bate at the poverty level which would be built into the tax. Sort of like a Uniform Base Income (UBI). 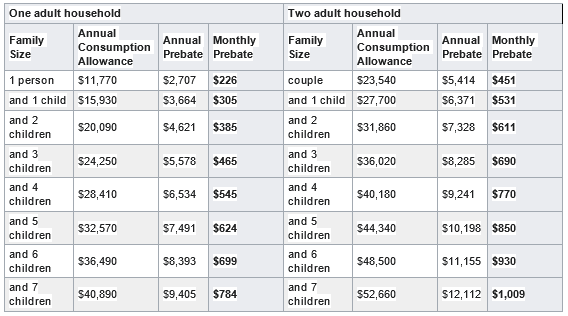 Now I am against a UBI, but this is UBI lite. I think a Prebate directly to the source is better than funding some huge Social Welfare bureaucracy that grabs most of the funding before it ever gets to people it was intended to help. Let them spend their stipend unhampered, after all, isn’t America about self-governance?

Wayne Jett estimates the FAIR Tax will save us a $Trillion in the first year just to start with. This would be a great beginning to MAGA.