Churches Refuse to Cower Before Caesar; Court Victory in Kentucky 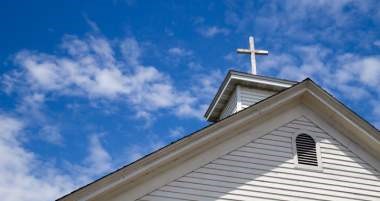 Churches Refuse to Cower Before Caesar; Court Victory in Kentucky

The complaint was brought by Tabernacle Baptist Church of Nicholasville on Wednesday, May 6. The judge issued the order on Friday and the governor officially backed off that same day. The judge’s ruling applies to all churches in the commonwealth.

On March 25 Governor Beshear issued an executive order that required all organizations that are not “life-sustaining” to close. According to his edict churches were not considered to be “life-sustaining,” but laundromats, accounting services, law firms, hardware stores, and other secular entities were. This formed the first basis of the complaint: blatant discrimination.

But the meat of the complaint rested on constitutional violations:

Requiring Plaintiff [Tabernacle] to abstain from its religious gatherings, despite substantial modifications to satisfy the public health interests at stake, violates Plaintiff’s Constitutional right to free exercise of its religion;

By denying Plaintiff the ability to assemble via an in-person church service, Defendants [Governor Beshear and another official in his administration] are in violation of the Freedom of Assembly Clause [contained in the First Amendment to the U.S. Constitution];

Requiring Plaintiff to abstain from its religious gatherings, despite substantial modifications to satisfy the public health interests at stake, violates Plaintiff’s Constitutional right peaceably to assemble [also in the First Amendment].

On Friday the judge granted what the church demanded: a temporary restraining order against the governor’s edict.

Later that day the governor backed off: “I believe that the healthiest economy coming out of COVID-19 is going to be the one that can keep the virus contained while they successfully reopen. Remember, listen to your faith leader. If they tell you that they’re not ready and that they don’t think that it’s safe, then you should wait.”

In retrospect this is what all governors should have announced from the beginning: leave it up to individuals and organizations on how properly to respond to the threat, rather than allowing governors to interfere where they had no right to.

In California, on the other hand, churches there are taking a more direct approach: They informed Governor Gavin Newsom that they were going to start holding in-person church services starting May 31. They didn’t ask permission. They didn’t go to court. The ministers and leaders of more than 3,000 churches in the state, with 2.5 million followers, simply announced on Thursday that they will open in-person services to celebrate the Day of Pentecost (the day the Holy Spirit descended upon Christ’s apostles and launched the Christian religion).

A few of the pastors couldn’t let the moment pass without comment. Water of Life Community Church senior pastor Danny Carroll said: “Our churches are part of the answer, not part of the problem. We’re an essential part of this whole journey and we’ve been bypassed … kicked to the curb and deemed nonessential.”

My church made 10,000 masks and gowns for doctors while practicing social distancing. We feed people and procure electronic devices for seniors who are isolated. [Newsom] has no problem with all of that. But when we want to gather to worship, he has a problem….

That same day the governor met with some of the pastors and offered the possibility that he might relent and allow them to reopen earlier than expected:

Our fear is simply this. Congregations of people from far and wide coming together in a closed space at a large scale remains a point of concern and anxiety for us. We are working on guidelines for physical distancing and working with faith leaders talking about unique conditions in their own facilities. Nothing is etched in stone.

Bob Tyler, a religious freedom attorney who is advising the pastors, responded: “The churches are not asking for permission. The governor is sitting here as a dictator, trumping the Constitution and is kind of hanging on to this state of emergency for as long as he can hold it. We’ll give the governor an opportunity to amend his order. If he doesn’t, these pastors have told me that they’re committed to opening regardless of what the governor decides.”

Some churches aren’t waiting for Pentecost or for the governor to relent. The 412 Church in Murreitta and a sister congregation in San Jacinto have already begun holding in-person church services.